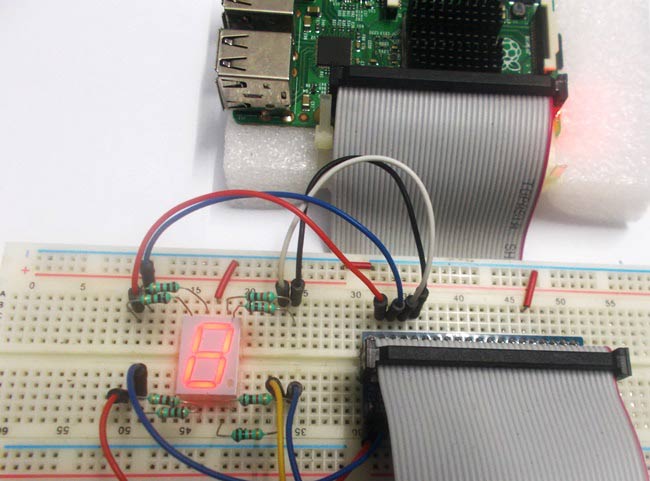 Raspberry Pi is an ARM architecture processor based board designed for electronic engineers and hobbyists. The PI is one of most trusted project development platforms out there now. With higher processor speed and 1 GB RAM, the PI can be used for many high profile projects like Image processing and IoT.

Common Anode (CA): In this all the Negative terminals (cathode) of all the 8 LEDs are connected together (see diagram below), named as COM. And all the positive terminals are left alone.

Common Cathode (CC): In this all the positive terminals (Anodes) of all the 8 LEDs are connected together, named as COM. And all the negative thermals are left alone.

These CC and CA seven segment displays come in very handy while multiplexing several cells together. In our tutorial we will use CC or Common Cathode Seven Segment Display.

We have already Interfaced 7 segment with 8051, with Arduino and with AVR. We have also used 7 segment display in many of our Projects.

We will discuss a bit about Raspberry Pi GPIO before going any further,

There are 40 GPIO output pins in Raspberry Pi 2. But out of 40, only 26 GPIO pins (GPIO2 to GPIO27) can be programmed, see the figure below. Some of these pins perform some special functions. With special GPIO put aside, we have 17 GPIO remaining.

The GPIO’s (pin 1 or 17) +3.3V signal is enough to drive the 7 Segment Display. To provide current limit, we will use 1KΩ resistor for each segment as shown in the Circuit Diagram.

To know more about GPIO pins and their current outputs, go through: LED Blinking with Raspberry Pi 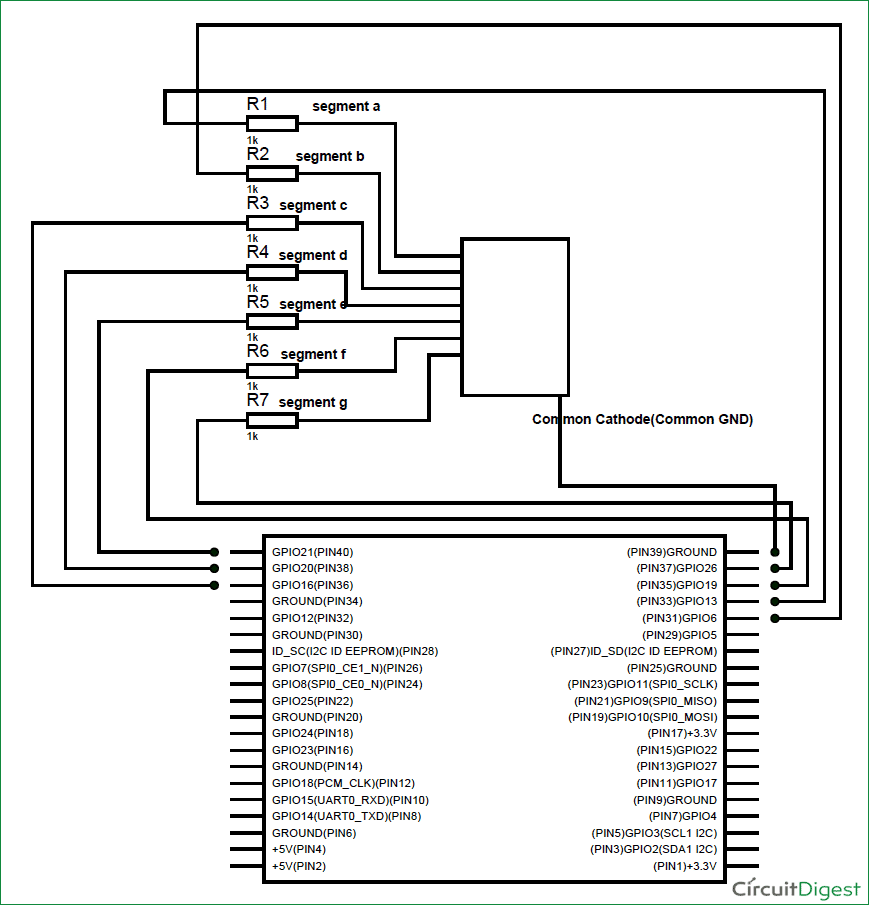 The connections, which are done for Interfacing 7 segment display to Raspberry Pi, are given below. We have used Common Cathode 7 Segment here: 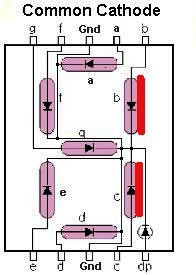 We have written the values for each digit to be displayed and stored those values in a String of Characters named ‘DISPLAY’ (Check the Code section below). Then we have called those values one by one to show the corresponding digit on the display, using the Function ‘PORT’.

We are setting 8 GPIO pins as output pins, for Data and Control pins of LCD.

In case the condition in the braces is true, the statements inside the loop will be executed once. So if the bit0 of 8bit 'pin' is true, PIN13 will be HIGH, otherwise PIN13 will be LOW. We have eight ‘if else’ conditions for bit0 to bit7, so that appropriate LED, inside the 7 segment display, can be made High or Low, to display the corresponding Number.

This command executes the loop 10 times, x being incremented from 0 to 9.

All the other functions and commands have been explained in below ‘Code’ section with the help of ‘Comments’.

After writing the program and executing it, the Raspberry Pi triggers the corresponding GPIOs to show the digit on 7 Segment Display. The program is written for the display to count from 0-9 continuously.

please i want the same code