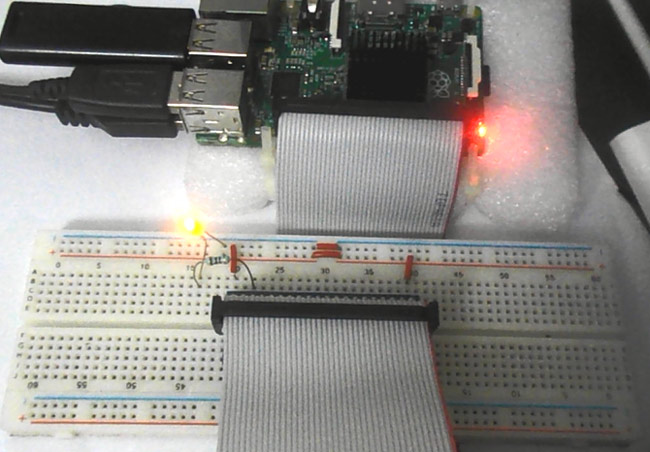 We have discussed LED blinky and Button interface with Raspberry Pi in previous tutorials. In this Raspberry Pi PWM tutorial we will talk about getting PWM output with Raspberry Pi. PWM stands for ‘Pulse Width Modulation’. PWM is a method used for getting variable voltage out of constant power supply. We will generate PWM signal from  Raspberry PI and demonstrate the PWM by varying the Brightness of a LED, connected to Pi.

This is the case for one second and we can see the LED being OFF for half second and LED being ON the other half second. If Frequency of ON and OFF times increased from ‘1 per second’ to ’50 per second’. The human eye cannot capture this frequency. For a normal eye the LED will be seen, as glowing with half of the brightness. So with further reduction of ON time the LED appears much lighter.

We will program the PI for getting a PWM and connect a LED to show its working.

There are 40 GPIO output pins in Raspberry Pi. But out of 40, only 26 GPIO pins (GPIO2 to GPIO27) can be programmed. TO know more about GPIO pins, go through: LED Blinking with Raspberry Pi 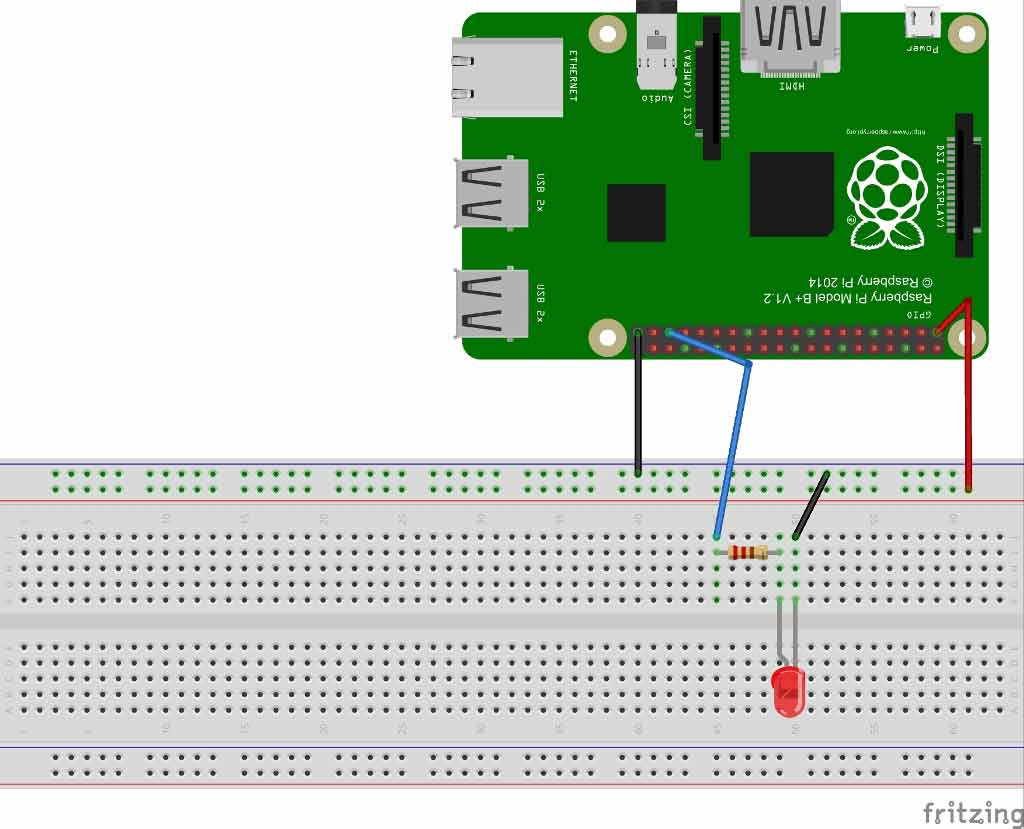 As shown in the circuit diagram we are going to connect an LED between PIN35 (GPIO19) and PIN39 (ground). As said earlier, we cannot draw more than 15mA from any one of these pins, so to limit the current we are connecting a 220Ω or 1KΩ resistor in series with the LED.

Once everything is connected, we can turn ON the Raspberry Pi to write the program in PYHTON and execute it.

We can refer the GPIO pins of PI, either by pin number on board or by their function number. In pin diagram, you can see ‘PIN 35’ on the board is ‘GPIO19’. So we tell here either we are going to represent the pin here by ‘35’ or ‘19’.

We are setting GPIO19 (or PIN35) as output pin. We will get PWM output from this pin.

After setting the pin as output we need to setup the pin as PWM output pin,

This command executes the loop 50 times, x being incremented from 0 to 49.

With the program being executed, the duty cycle of PWM signal increases. And then decreases after reaching 100%.  With an LED attached to this PIN, brightness of LED increases first and then decreases.

how many other mistakes have you made?

This worked as stated for me except my Pi 0 with stretch on it didn't like the comment characters so I just deleted those.

How to use pwm without a loop?

I'm so happy I found your tutorial. It helped me a lot. Everything works fine. But I want to dim the LED constantly. When I keep running the loop it uses the CPU the whole time. Is there a way to dim the light and then stop the script? I couldn't solve this, but I'm a python beginner :)

I can forgive a typo once or twice but to refer to 'PYHTON' all the way through? What language is PYHTON i only know PYTHON!

@Romain DLC, @aRBemo: don't be harsh on the author because of a few typos. He's taken his time to write this article and publish it for everyone to see. You can read the official rpi docs/code if typos bother you that much

Yes it is really worrying to

Yes it is really worrying to see people like this on the internet. Just remember that the author owes you nothing. But still its good to know that there are people to point out mistakes to that new readers can correct it

Why doesn't this article

Why doesn't this article discuss the dedicated PWM pins and explain why they're not being used here?

There is only one hardware

There is only one hardware PWM output on the Raspberry Pi, connected to P1-12 (GPIO18). Mostly people use software PWM on Pi instead of Hardware PWM. But the librarey used here supports both

I've enjoyed your tutorial on PWM for Pi and wondered (1) Is PWM possible on the pixels of the Pi Sense HAT, and (2) if so, could you direct me to some code for that purpose?  I've reviewed the sense hat documentation and haven't found info on this subject, but it is certainly possible I've overlooked it.