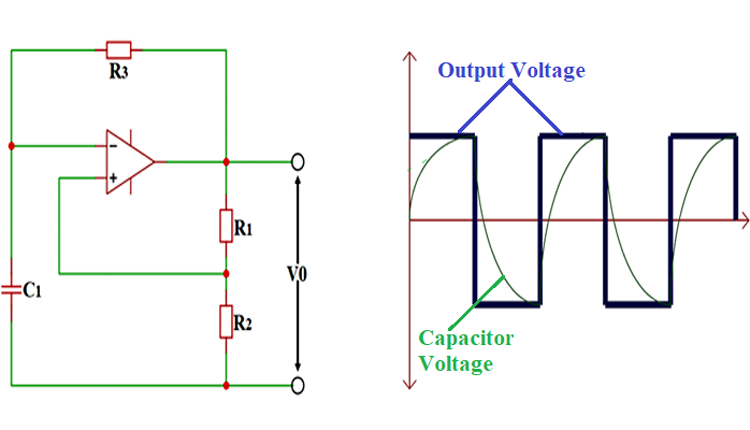 Operational amplifier is an integral part of Electronics, and we previously learned about Op-amps in various op-amp based circuits and also built many oscillator circuits using op-amp and other electronics components.

Oscillator generally refers to the circuit which produces periodic and repetitive output like a sine wave or square wave. An oscillator can be a mechanical or electronic construction that produces oscillation depending on a few variables. Previously we learned about many popular oscillators like RC Phase shift oscillator, Colpitts oscillator, wein bridge oscillator, etc. Today we will learn about a Relaxation Oscillator.

A relaxation oscillator is the one which satisfies all the below conditions:

Working of a Relaxation Oscillator

For a better understanding of the Relaxation Oscillator, let us first look into the working of a simple mechanism shown below.

The mechanism shown here is a seesaw that everyone probably experienced in their life. Plank moves back and forth depending on the gravitational force experienced by the masses on both ends. In simple terms, the seesaw is a comparator of ‘Mass’ and it compares the mass of objects placed on both the ends of the plank. So whichever objects has higher mass gets leveled to the ground while the lower mass object is lifted to air.

In this seesaw setup, we will have a fixed mass ‘M’ on one end and an empty bucket on the other end as shown in the figure. At this initial state the mass ’M’ will be leveled to the ground and the bucket will be hanged in the air based on seesaw principle discussed above.

And once the bucket gets completely full, then the entire mass on the bucket side will be more than the fixed mass ’M’ placed on the other end. So the plank moves along the axis thereby airlifting the Mass ‘M’ and grounding the water bucket. 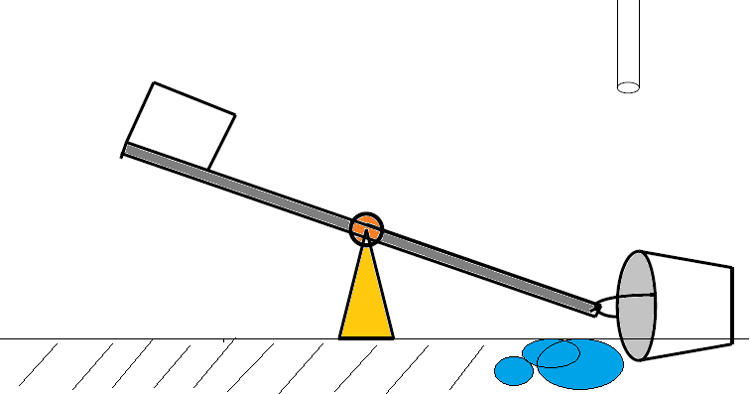 Once the bucket hits the ground, the water filled in the bucket gets spilled over completely to the ground as shown in the figure. After the spillage, the total mass on the bucket side will again become less compared to the fixed mass ‘M’. So again the plank moves along the axis, thereby shifting the bucket to the air again for another filling.

This cycle of filling and spilling keeps on going up until the water source is present to fill the bucket. And because of this cycle, the plank moves along the axis with periodic intervals, thereby giving an oscillation output.

If we draw the equivalent electrical circuit for the above seesaw mechanism, we will get the Relaxation Oscillator Circuit as shown below: 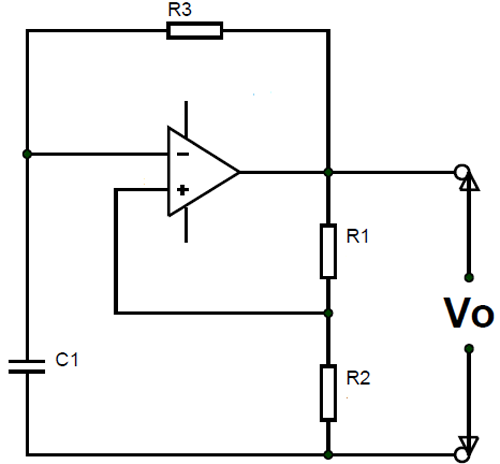 The working of this Op-amp Relaxation Oscillator can be explained as follows:

If we draw the graph for the above case, it will look something like below: 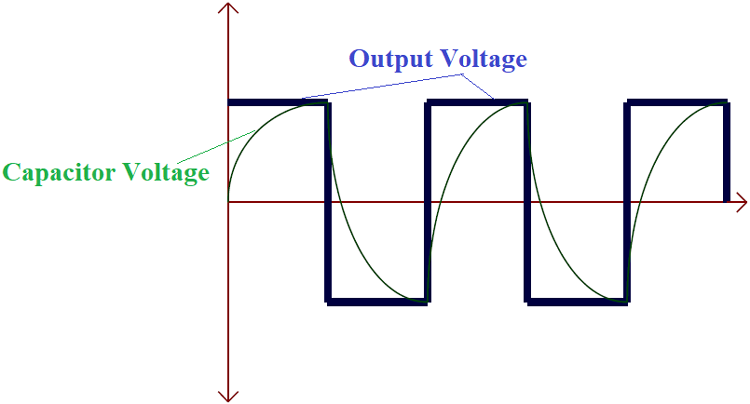 So the Relaxation Oscillator Frequency Formula will be:

If the resistors R1 and R2 are equal to each other, then

Relaxation Oscillator can be used in: