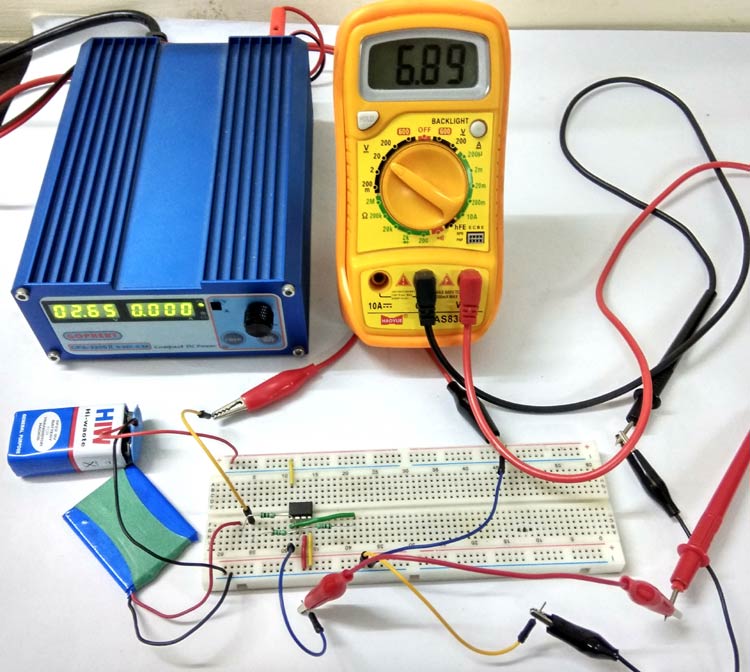 Operational Amplifiers (Opamp) has so many interesting applications, and we have already created many circuits using op-amps. Today we are going to study one more application of Opamp which is to add two or more input voltages and the circuit is called Summing amplifier or Opamp Adder. Here we will use LM358 Opamp to demonstrate the Adder Circuit.

Before going into detail we will first learn about operational amplifiers and LM385.

OpAmp are used in AC as well as DC amplification. Opamp is used in various applications like amplification, filtering, signal conditioning, adding or subtracting the voltage etc.

Opamp symbol is as shown below- 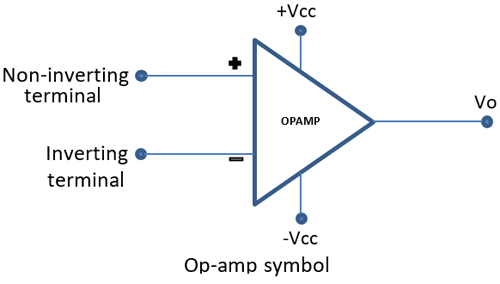 Although above are the ideal characteristics of Opamp, it does not behave this way. It allows some input current and does not have infinite gain.

LM358 is a Dual Low Noise Operational Amplifier which has two independent voltage comparators inside. This is a general purpose op amp which can be configured in many modes like comparator, summer, integrator, amplifier, differentiator, inverting mode, non- inverting mode, etc.

To learn more about LM358 go through LM358 various circuits as amplifier and comparator.

Here we are building Adder circuit using Inverting Amplifier. So in order to understand the Summing circuit of Inverting Opamp, we have to look first at how an inverting opamp works in closed loop configuration. The closed loop circuitry of inverting opamp is very useful and has two most important characteristics, which makes an opamp to use in various application and they are as follows:- 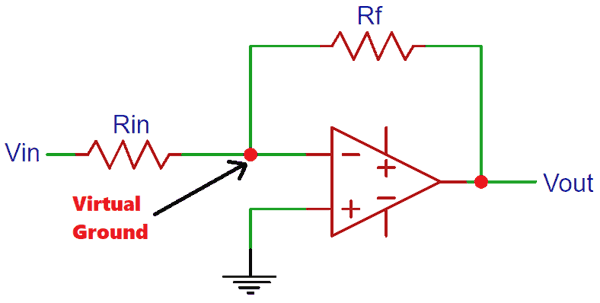 We know from the Inverting Op-amp Gain formulae, 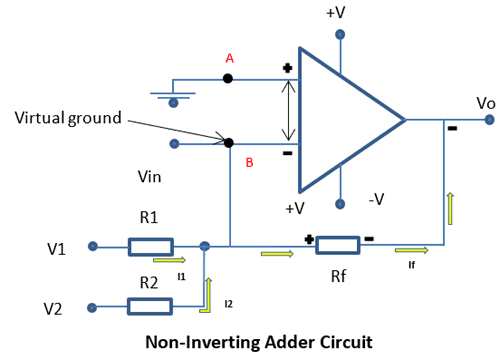 Here is the practical implementation of Opamp adder circuit using LM358.We have used two separate batteries (≈4 Vdc and ≈2.6 Vdc) for two input voltages and you can see the sum of two input voltages (6.89v) in Multimeter in below picture. 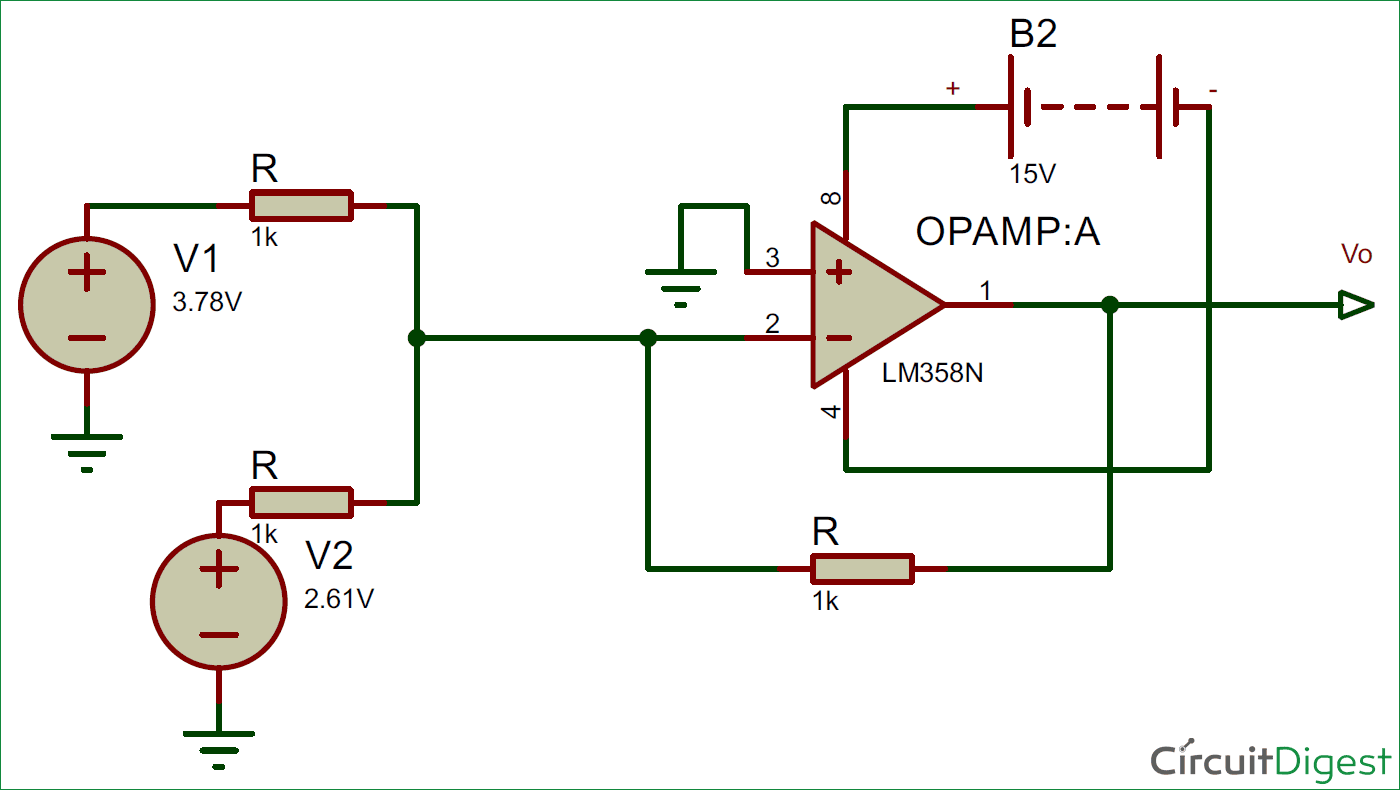 The gain equation for inverting amplifier is,

Applying KCL to the circuit,

If there are n inputs then

So in op-amp adder output voltage is proportional to the sum of input voltages.

So this is how an inverting Op-amp in closed-loop configuration with multiple inputs can be used as Adder or Summing amplifier circuit. Likewise we can build the Op-amp adder with non-inverting op-amps.