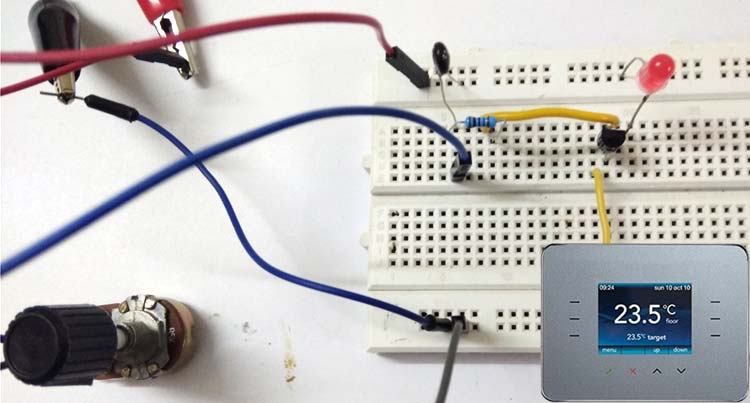 To sense the temperature, different Thermostats use different sensor or devices, and according to that they can be mainly classified into two types

Bimetal Thermostat falls under mechanical thermostat. Generally they have a casing and a knob like shown in below picture. It has one fixed contact and one movable liver which is composed of two different metals having different coefficients of linear expansion. The end of the movable lever get connected with fixed contact when temperature decrease, and get disconnected when room temperature is high. That is how it can turn on and off the devices according to the temperature. 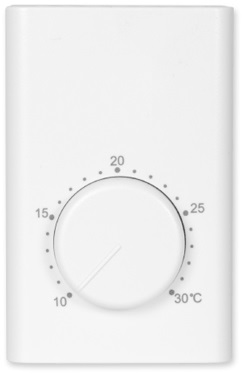 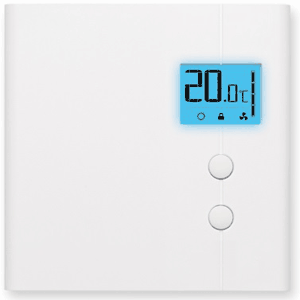 The other type of electrical sensor used in thermostat is thermistor which we are going to study further in detail with example.

What is a Thermistor?

As the name suggests a thermistor is a combination of two words, Thermal and Resistor. It’s a resistive component whose resistance varies with change in temperature.

Thermistors are highly reliable and have a wide range of scale to detect minor temperature variation preciously. They are cheap and useful as temperature sensor. Thermistor is used in digital thermostat.

Depending on its resistance variation with respect to the surrounding temperature, there are two types of thermistors. They are explained in detail below:-

We are using NTC thermistor in our application. 103 is indicating the resistance of thermistor at normal temperature means 10k Ohm.

To be able to control any device based on the temperature variation is a very convenient and interesting idea. One such popular application is Fire alarm, where thermistor senses the heat and trigger the alarm.

NTC thermistors are most widely used in various applications but where there is requirement of low resistance at starting point, PTC thermistor are used.

The resistance of thermistor at room temperature is specified by the manufacturer in the datasheet along with the different set of values of resistances at different temperature, thereby one can choose the right thermistor for appropriate application.

Here are some circuits built by using Thermistor:

Voltage divider circuit output is connected to the base of NPN transistor through a 1k resistor. Voltage divider circuit makes it possible to sense the variation in voltage caused by variation in resistance of Thermistor. By using a POT in the voltage divider, we can adjust the sensitivity of thermistor. You can also use a fixed resistor in place of Variable resistor for a fix triggering point, means the LED will be switched On, only if temperature crosses a particular value and you can’t be able to adjust the triggering point temperature. So better use a POT and vary the sensitivity by just rotating the knob.

One can select the set of resistors by the formula below- 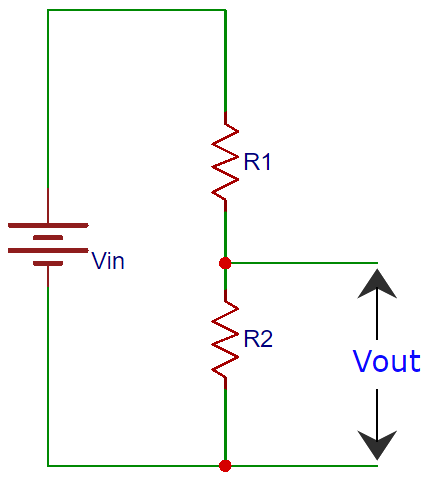 In our circuit, we have replaced R2 with POT and R1 with LDR, so the output voltage changes with the Thermistor resistance. And thermistor resistance changes with outside temperature, so the output voltage will change as we change the temperature around thermistor. The transistor will turn on at 0.7 V or above which is the VBE voltage.

A simpler way, to select and know appropriate R2 for 10k NTC thermistor, is to simulate the circuit in Proteus and get a close value of R2. Also by replacing thermistor with a variable resistor we can study its equivalent effect in the circuit as per the below circuit diagrams: 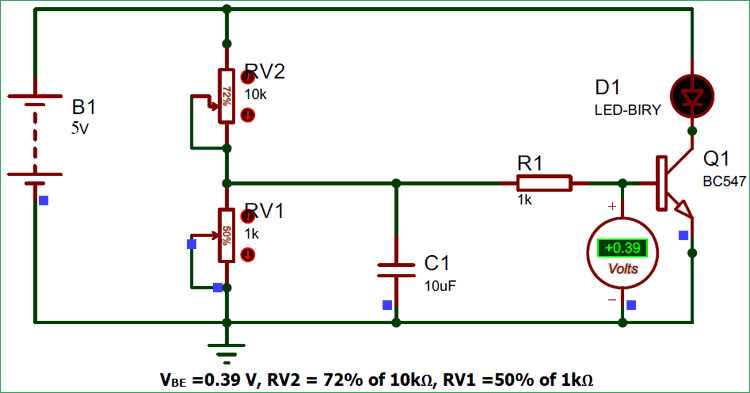 The second part of the circuit is transistor section where transistor acts as a switch for LED D1. Since a transistor is a current controlled device, a resistor R1 is connected to its input terminal to limit the current surge. 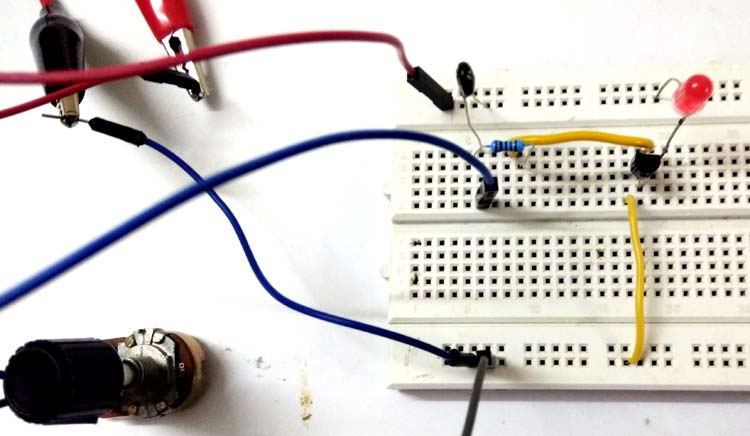 Referring to the above simulation circuit, as soon as the temperature rises near the thermistor its electrical resistance decreases, resulting voltage increase across RV1. So the voltage at base of transistor (VBE) also increase, and as soon as the VBE ≥0.7 V the transistor starts conducting and LED will be turned On.

Please note we can replace this LED with a buzzer or bulb etc. in the above circuit with minimal addition of few more components. Also check the Demo Video below.