How does a Servo Motor Work and How to Interface it with ESP32? 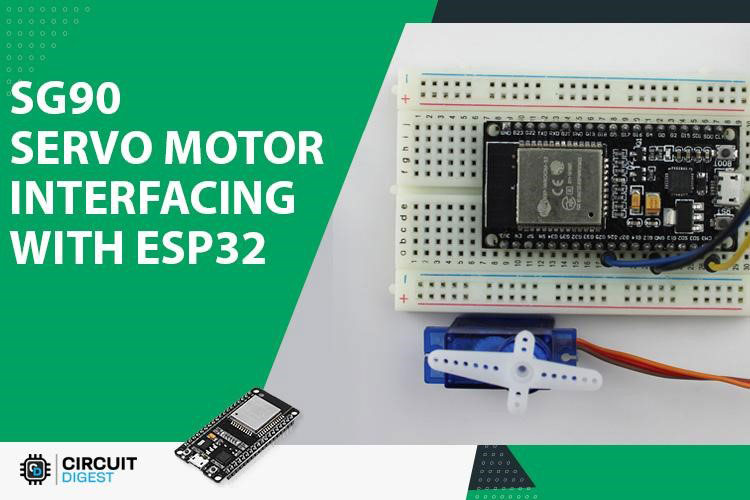 A servo motor is a type of motor that is used to control the precise movement of a device. It typically consists of a DC motor, a control circuit, and a feedback mechanism. The feedback mechanism is used to provide information about the position of the motor shaft to the control circuit, which then adjusts the power to the motor accordingly. This feedback loop ensures that the motor shaft moves to its precise location specified by the control signal. Servo motors are used in a variety of applications where precise control of positioning is required, such as in robotics, CNC machines, and 3D printers. They are also used in aircraft to control surfaces such as elevators and ailerons.

So, in this article, we are going to interface a SG90 servo motor with ESP32 and in the process, we will let you know how a servo motor works with its internal circuitry. In the end, we will be making a hardware circuit and write a bit of code to give you a better understanding of the servo motor and its working. In one of our previous projects, we interfaced a Servo Motor Control with Arduino Due and we have also built Servo Position Control with Weight (Force Sensor) and many other Servo Motor based Projects. You can check those out if you are interested.

How to Control the Angle of the Servo Motor?

The job of a servo motor is to control the angle of rotation in a closed-loop control system and use the feedback to adjust the speed and angle of the motor to the active desired result. 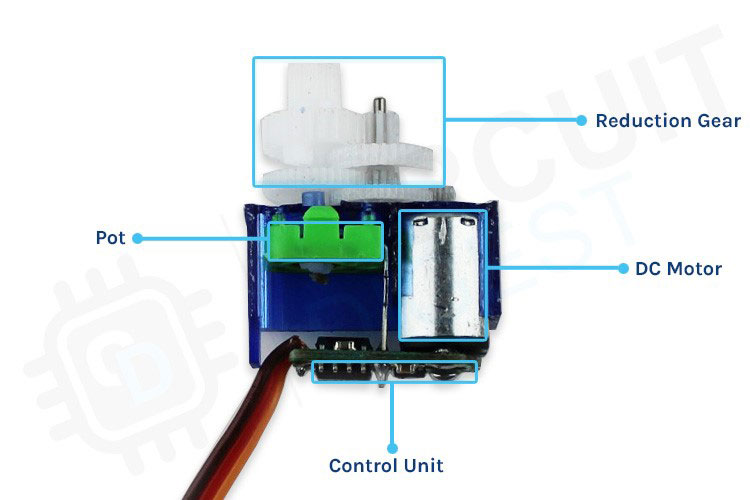 As you can see in the above image, we have opened a servo motor to expose all the parts inside it. And inside the motor, you can see the reduction gear, the Main Motor, the potentiometer, and the control board. The potentiometer provides position feedback to the servo control unit where the current position of the motor is compared to the target position.

Most of the servo motors you find in the market will have three connections. The pinout of the SG90 servo is as follows. 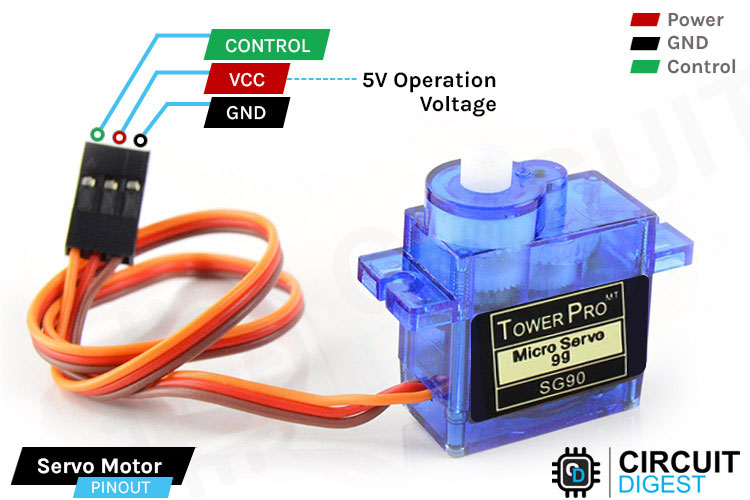 GND Is a common ground for both the motor and microcontroller.

VCC is the supply voltage that powers the servo.

Control is the input from a microcontroller or any other control mechanism.

Why is it called a servo motor?

A servo motor is a general term used for a specific kind of linear or rotary actuator. Basically, the name servo motor is related to the term servomechanism, which means that the motor is constantly monitored to control its motion.

What is a servo motor used for?

Servo motors, or "servos," are electrical devices or linear actuators that can precisely rotate and can be used to push machine elements. Servos are most commonly employed for angular or linear positions.

Is a servo motor AC or DC?

There are two types of servo motors, AC servos and DC servos. The main difference between the two motors is their source of power. AC servo motors rely on an electric outlet, rather than batteries like DC servo motors.

What is a servo motor and its types?

Servo motors come in many sizes and in three basic types. The three types include positional rotation, continuous rotation, and linear. Positional Rotation servos rotate 180 degrees. They also have stops in the gear mechanism to protect the output shaft from over-rotating.

What is the difference between a DC motor and a Servo motor?

The Servo motor is a three-wire system known as power, ground, and control. It has an assembly of four DC motors, a gearing set, a control circuit, and a position sensor. A DC motor is an individual machine with no assembly. They are used in robotic arms, legs, or rudder control. 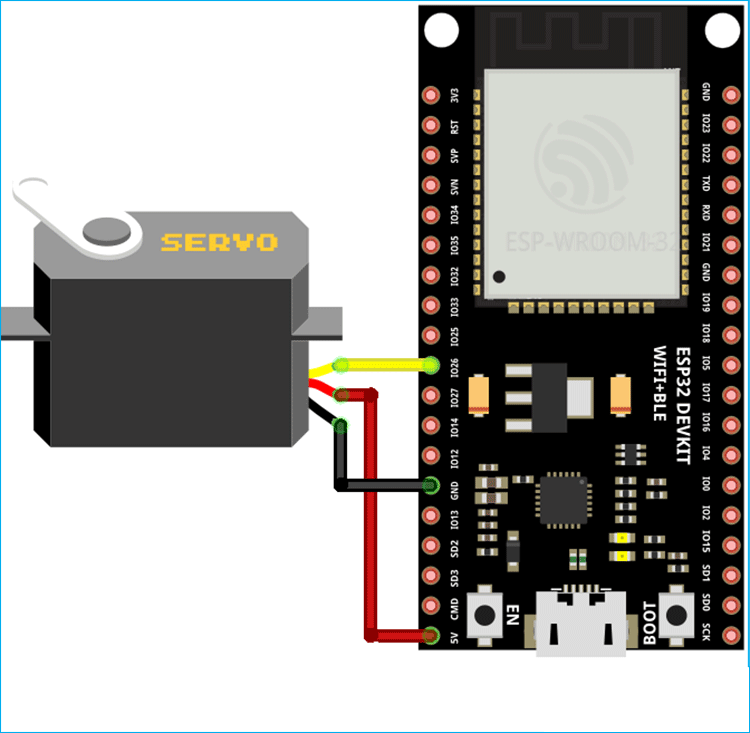 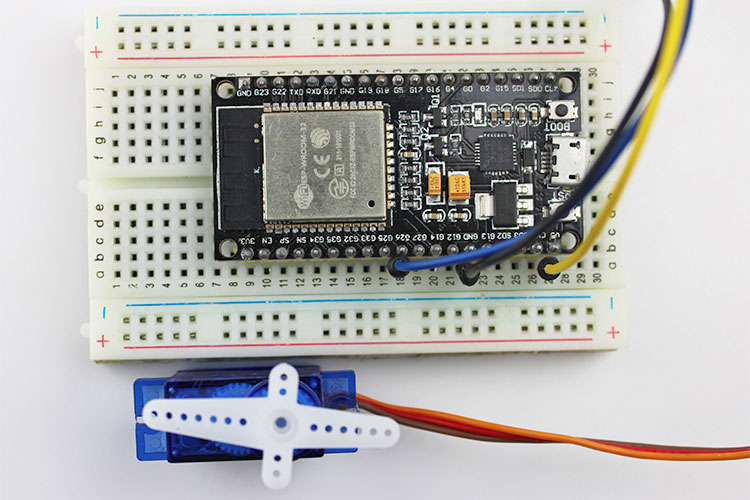 The code to drive a servo with ESP32 is very simple and easy to understand. In the code, we just need to define a hardware pin and the rest will be handled by ESP32. But before that, we need to download the esp32 servo motor library. Once the library is downloaded and installed in the Arduino Library, we can start our coding process.

We start our code by including the Servo.h Library and we also declare the Servo instance. Next, we declare a variable named pos, the pos variable will hold the calculated position data for our servo.

Next, we have our setup() function. In the setup function, we will use the attach method of the servo library to set the GPIO pin of the ESP32 as the control signal output.

That's all for the code section for this project and we can now move on to the next portion.

Working of the Servo Module with ESP32

The video below shows the hardware circuitry of the controlling SG90 servo motor with ESP32. As mentioned earlier, we have programmed the ESP32 so that the motor arm continuously rotated from 0 to 180 and 180 to 0. And the video shown below is a representation of just that.

Errors in Interfacing Servo Motor? - Here is what you Should do 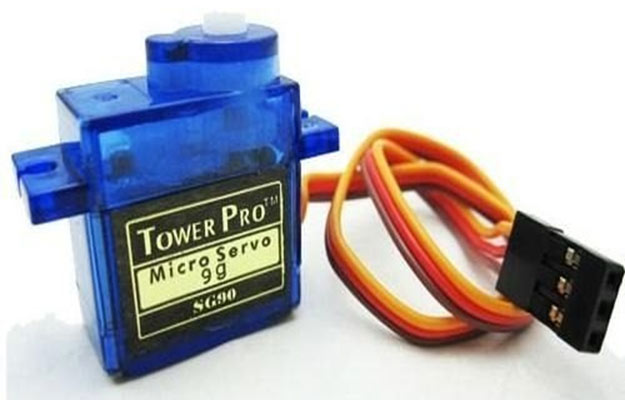 What is a Servo Motor? - Understanding the basics of Servo Motor Working

If you want to learn in-depth about a servo motor then this project is for you, because in this project we have gone through in detail about various types of servos and how they work. 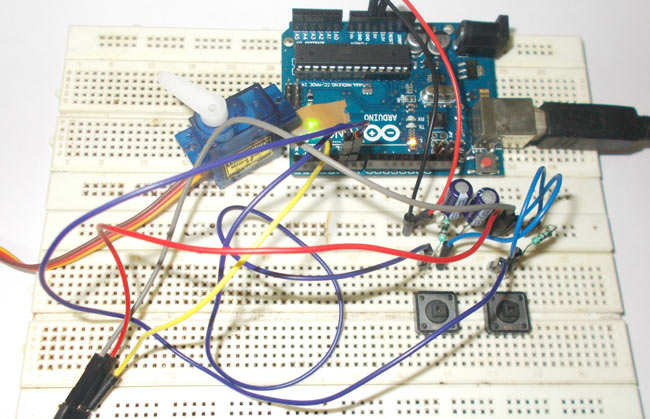 If you want to learn in-depth about a servo motor then this project is for you, because in this project we have gone through in detail about various types of servos and how they work. 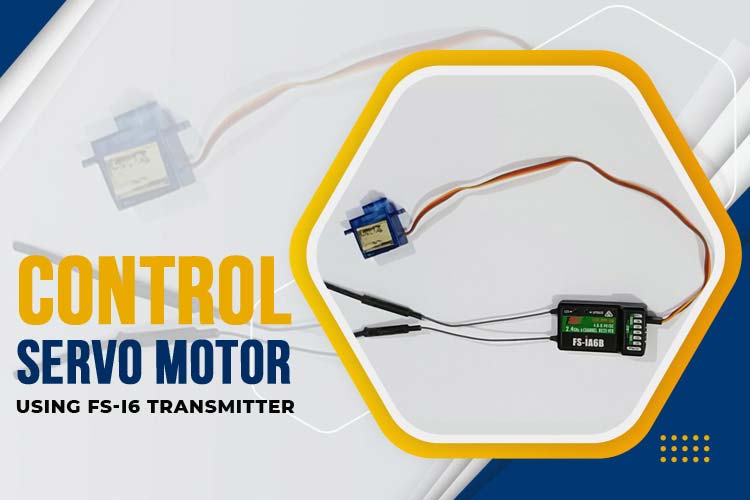 If you are interested in building your own RC plane and RC copter, you must check this project out because in this project we have gone to great length explaining on how a FS-i6 transceiver module works and how you can interface a SG90 servo with it. 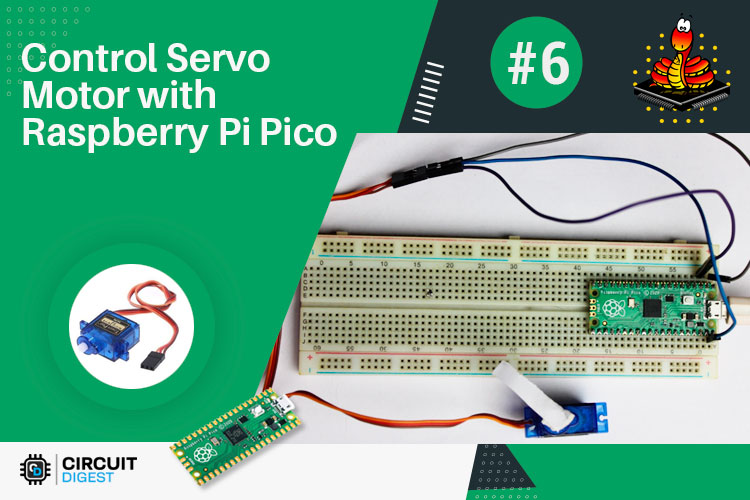 // twelve servo objects can be created on most boards