Water tank overflow is a common problem which leads to the wastage of water. Though there are many solutions to it like ball valves which automatically stop the water flow once the tank gets full. But being an electronics enthusiastic wouldn’t you like an electronic solution for it? So here is a simple and handy DIY water alarm project tutorial that will guide you to make a circuit which will detect the water level and will raise an alarm upon getting the water tank full or a preset level.

This simple transistor based water level indicator circuit is very useful to indicate the water levels in a tank. Whenever tank gets filled, we get alerts on particular levels. Here we have created 4 levels (low, medium, high and full), we can create alarms for more levels. We have added 3 LEDs to indicate initial three levels (A, B, C), and one Buzzer to indicate FULL level (D). When tanks gets filled completely we get beep sound from Buzzer. If you want to improve the project by adding a display and automatic motor on-off control then you can simply add a microcontroller like Arduino to sense the water changes and control the display and motor accordingly, if you want more details about that project you can check out the Arduino based water level indicator and controller project.

The complete circuit diagram for the water overflow alarm project can be found below. As you can see the circuit is simple and easy to build as it only has few basic components like transistors, resistors, LEDs and a buzzer

We can consider this whole circuit as 4 small circuits, each one for indicating/alarming, when a particular level (A,B,C,D) of water have been reached.

Here we are using transistor (of NPN type) as a Switch. Initially there is no voltage applied to the base of the Transistor Q1 and the transistor is in OFF state and no current is flowing through collector and emitter and LED is OFF (See below diagram to understand Transistor Pin structure).

You can see resistors (R1, R2, R3) at the base of each transistor, which is used to limit the maximum Base current. Generally a transistor gets its ON state fully when a voltage of 0.7 V is applied to the base. There are also resistors (R4, R5, R6) with each of the LEDs, to drop the voltage across LEDs, otherwise LED may blow up.

Note that Left most wire in the tank must be lengthier than other four wires in the tanks, because this is the wire which is connected to positive voltage. 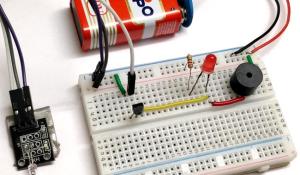 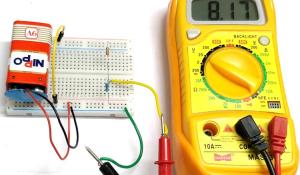 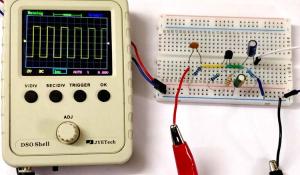 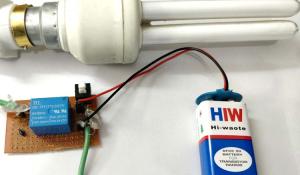 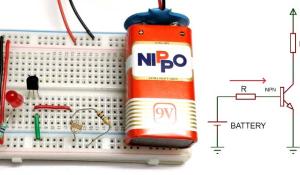 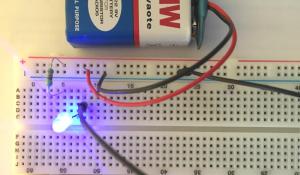 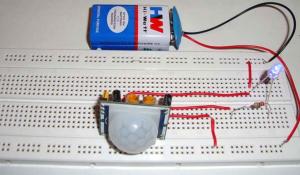 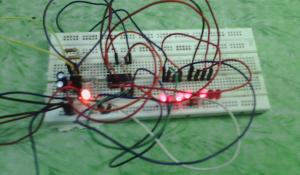