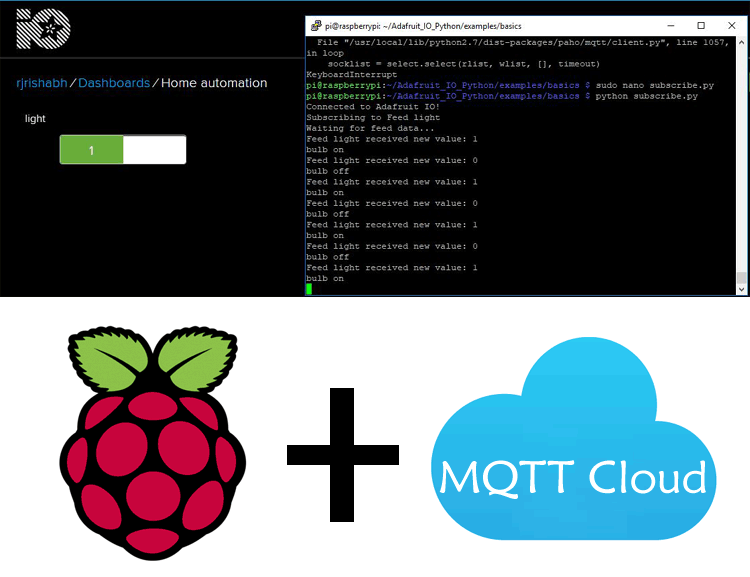 Here, in this tutorial, we will use Adafruit IO as MQTT broker to control an AC appliance connected to Raspberry Pi GPIO. Also check other IoT controlled Home Automation tutorials:

Circuit diagram for this IoT Controlled Home appliances with MQTT cloud and Raspberry Pi is simple, just connect a bulb with relay module on GPIO pin 35 of raspberry Pi. 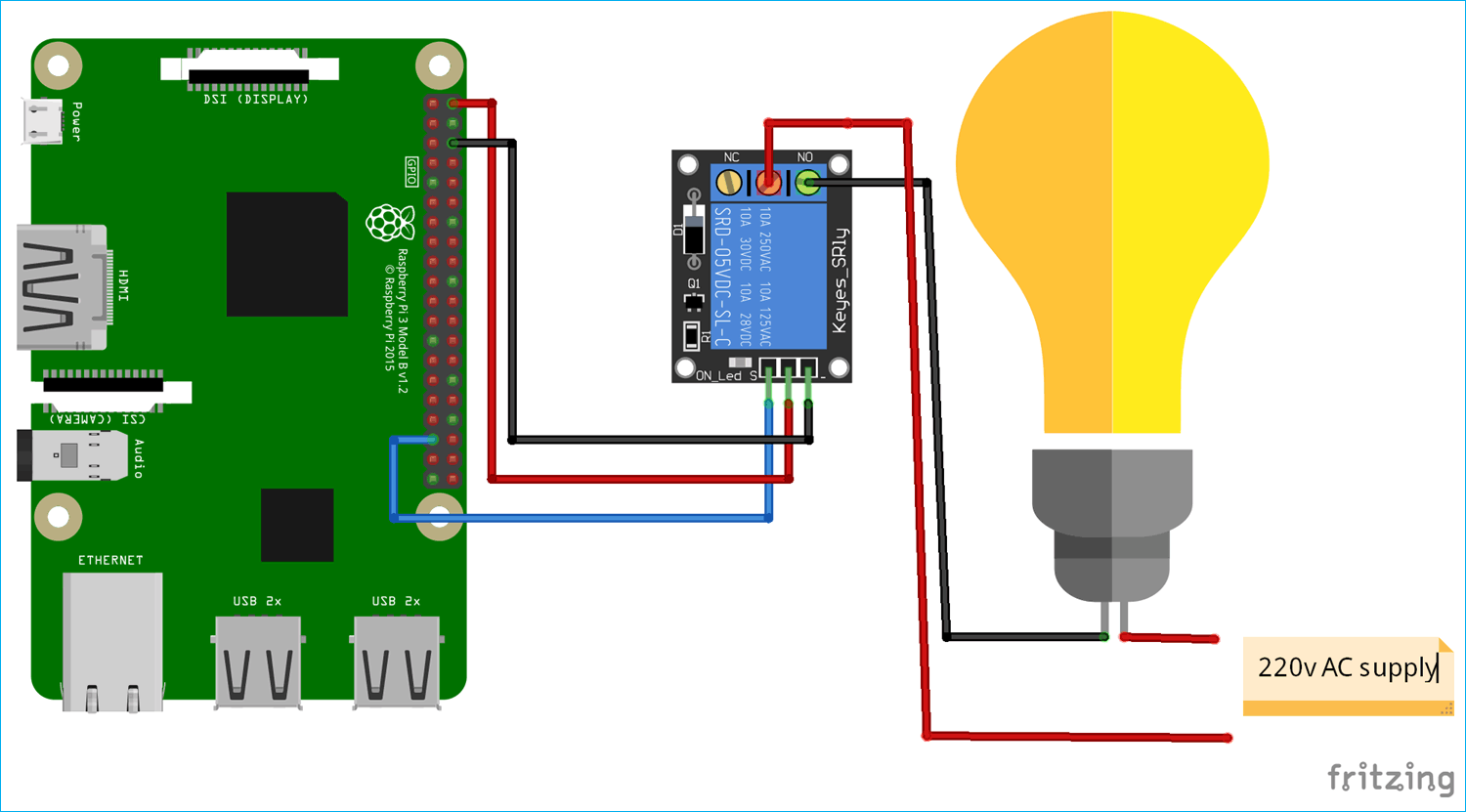 Just make an account on Adafruit IO platform and make a feed, if you don’t know how to make feed and customize Adafruit dashboard then follow the link.

After making dashboard, install few libraries in Raspberry Pi to get start with MQTT.

1. First, update Your Pi and Python by issuing following commands

4. Clone the adafruit examples from github using below command

5. Then, navigate to the examples folder by entering the following command into the terminal:

If you're not sure which directory you're in, you can check this by running pwd.

6. For all examples in this folder, you'll need to set the ADAFRUIT_IO_KEY and ADAFRUIT_IO_USERNAME, which can be found from the Adafruit dashboard. As shown below

Toggle the button on Adafruit IO dashboard, and you should see the following in the terminal of your Pi.

We have to modify this program to control any GPIO from dashboard.

First, import all the required libraries to use GPIO pins and Adafruit MQTT client.

Next, we have to set AIO key and Username that we have found while creating the dashboard.

Enter the feed name that you have given to turn on and off the light. Here, it is “light”.

Now, define a function that will be called when there will be an event happen. So, we will subscribe the Feed using client.subscribe(FEED_ID)

After subscribing the feed, we have to check for the new value and store it into a payload variable. For this message function is called. So, whenever there is “1” in payload variable, make the led pin HIGH and for “0” make it LOW.

Now, create an MQTT client to connect with the Adafruit IO platform and send the messages to and fro.

Also, take care about proper indentation in the code else it will show an error. Complete python code is given at the end of the tutorial.

You will see a message Waiting For Feed Data… as shown below snapshot.

Now, Make sure the relay module is connected with GPIO pin of Raspberry Pi and then go to Adafruit IO dashboard and change the light feed. The bulb should turn on when “1” is received and turned off when “0” is received as shown below.

Hi Rishab Jain, Many thanks for step by step explanation. However, I would like to control the light from Google cloud platform IOT. Can I use the same procedure for GCP. What should I change inorder to work with GCP.

I've a problem for controlling many switches.

How to program for many feed.