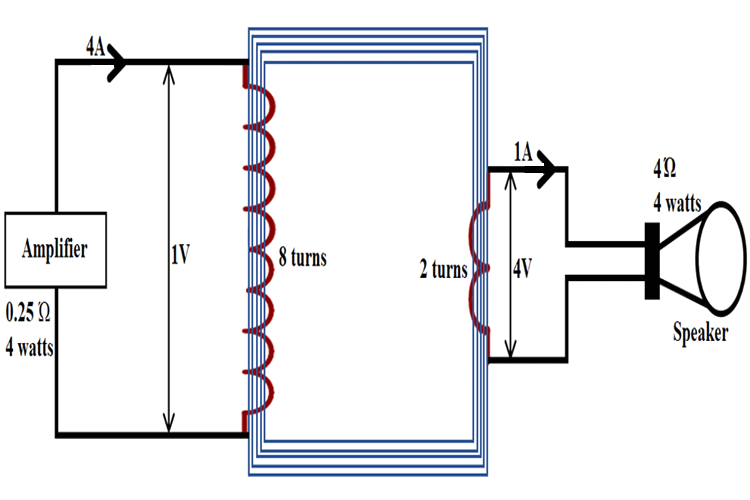 If you are an RF Design Engineer or anyone who has worked with Wireless Radios, the term “Impedance Matching” should have struck you more than once. The term is crucial because it directly affects the transmission power and thus the range of our Radio modules. This article aims to help you understand what Impedance Matching is from basics and will also help you to design your own impedance matching circuits by using an Impedance Matching Transformer which is the most common method. So, let's dive in.

What is the Impedance Matching?

A measurement used to define how well two stages are matched is called SWR (Standing Wave Ratio). It is the ratio of the larger impedance compared to the smaller one, a 50 Ω transmitter into a 200 Ω antenna gives 4 SWR, a 75 Ω antenna feeding a NE612 mixer (input impedance is 1500 Ω) directly will an SWR of 20. A perfect match, let’s say a 50 Ω antenna and a 50 Ω receiver gives an SWR of 1.

In radio transmitters, SWRs below 1.5 are considered decent and operation when SWR is above 3 can result in damage due to overheating of the power output stage devices (vacuum tubes or transistors). In receiving applications, high SWR won’t cause damage but it will make the receiver less sensitive because the received signal will be attenuated due to mismatch and consequent power loss.

Since most receivers use some form of an input bandpass filter, the input filter can be designed to match the antenna to the input stage of the receiver. All radio transmitters have output filters that are used to match the power output stage to the specific impedance (usually 50 Ω). Some transmitters have built-in antenna tuners that can be used to match the transmitter to the antenna if the antenna’s impedance is different from the specified transmitter’s output impedance. If there is no antenna tuner, an external matching circuit has to be used. The power loss due to mismatch is hard to calculate, so special calculators or SWR loss tables are used. A typical SWR loss table is shown below

In the case of a 75Ω antenna, feeding the 1500Ω input of the NE612 IC, we are not concerned by power being lost as heat, but about the increased signal level that can be achieved by the use of impedance matching. Let’s say that 13nW of RF is induced in the antenna. With a 75 Ω impedance, 13nW gives 1 mV - we want to match that to our 1500 Ω load. To calculate the output voltage after the matching circuit, we need to know the ratio of impedance, in our case, 1500 Ω/75 Ω=20. The voltage ratio (like turns ratio in transformers) is equal to the square root of the impedance ratio, so √20≈8.7. This means that the output voltage will be 8.7 times bigger, so it will be equal to 8.7 mV. The matching circuits act like transformers.

Since the power entering the matching circuit and the power leaving is the same (minus loss), the output current will be lower than the input one by a factor of 8.7, but the output voltage will be bigger. If we matched a high impedance to a low one we would get lower voltage but a higher current. 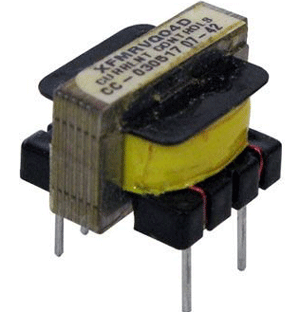 Transformers can be used as impedance matching devices, because of their turns ratio that changes the impedance that the source “sees”. You can also check this basic of the transformer article if you are completely new to transformers. If we have a transformer with a 1:4 turns ratio, this means that if 1V of AC was applied to the primary, we would have 4V of AC on the output. If we add a 4Ω resistor to the output, 1A of current will flow in the secondary, the current in the primary is equal to the secondary current multiplied by the turn’s ratio (divided if the transformer was of a step-down type, like mains transformers), so 1A*4=4A. If we use Ω’s law to determine the impedance that the transformer presents to the circuit we have 1V/4A=0.25Ω, while we connected a 4Ω load after the matching transformer. The impedance ratio is 0.25Ω to 4Ω or also 1:16. It can be also calculated with this Impedance Ratio formula:

If we used Ohms law again, but now to calculate the power that flows into the primary we would have 1V*4A=4W, in the secondary, we would have 4V*1A=4W. This means that our calculations are correct, that transformers and other impedance matching circuits don’t give more power than they are fed. No free energy here.

How to select an Impedance Matching Transformer

Transformer matching circuit can be used when bandpass filtering is needed, is should be resonant with the inductance of secondary at the frequency of use. The main parameters of transformers as impedance matching devices are:

The primary turns number should be enough, so the primary winding of the transformer has reactance (it is a coil) four times the output impedance of the source at the lowest frequency of operation.

The secondary turns number is equal to the number of turns on the primary, divided by the square root of the impedance ratio.

We also need to know what core type and size to use, different cores work good in different frequencies, outside of which they exhibit loss.

Core size depends on the power flowing through the core, as each core exhibits losses and bigger cores can dissipate these losses better and not exhibit magnetic saturation and other unwanted things as easily.

An air gap is required when a DC current will flow through any winding on the transformer if the core used is made from steel laminations, like in a mains transformer.

For example, we need a transformer to match a 50 Ω source to a 1500 Ω load in the frequency range of 3MHz to 30MHz in a receiver. We first need to know what core we would need since it is a receiver very little power will flow through the transformer, so core size can be small. A good core in this application would be the FT50-75. According to the manufacturer, it’s frequency range as a wideband transformer is 1MHz to 50MHz, good enough for this application.

Now we need to calculate the primary turns, we need the primary reactance to by 4 times higher than the source output impedance, so 200 Ω. At the minimum operating frequency of 3MHz, an inductor of 10.6uH has 200 Ω of reactance. Using an online calculator we calculate that we need 2 turns of wire on the core to get 16uH, a bit above 10.6uH, but in this case, it is better for it to be bigger than to be smaller. 50 Ω to 1500 Ω gives an impedance ratio of 30. Since the turns ratio is the square root of the impedance ratio we get around 5.5, so for each primary turn we need 5.5 secondary turns to make the 1500Ω at the secondary look like 50Ω to the source. Since we have 2 turns on the primary we need 2*5.5 turns on the secondary, that is 11 turns. The diameter of the wire should follow the 3A/1mm2 rule (maximum of 3A flowing per each square millimeter of wire cross-section area). 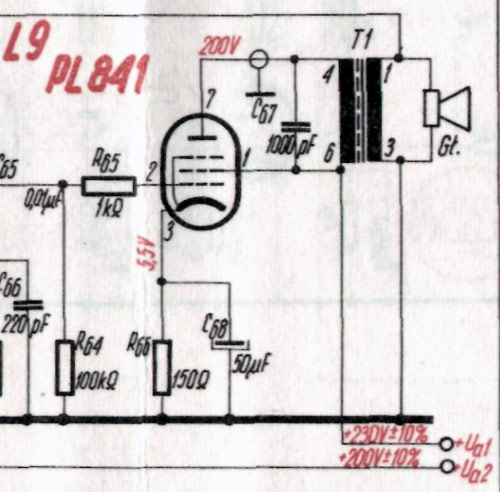 The above image shows a Transformer matching used in a vacuum tube audio power amplifier to match the 3000 Ω output impedance of the PL841 tube to a 4 Ω speaker. 1000 pF C67 prevents ringing at higher audio frequencies.

The above image shows an Autotransformer matching circuit. C is optional if used it should be resonant with the inductance of L at the frequency of use. This way the circuit also provides filtering. 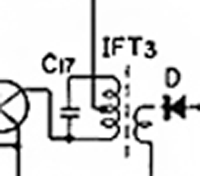 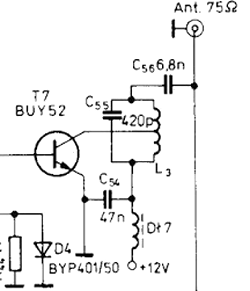 Autotransformer matching used in a transistor power amplifier, it matches the 12 Ω output impedance of transistor to the 75 Ω antenna. C55 is connected in parallel to the high impedance end of the autotransformer forms a resonant circuit that filters out harmonics.

Unfortunately, these drawings are wrong and the transformer is the wrong way around for the values stated.