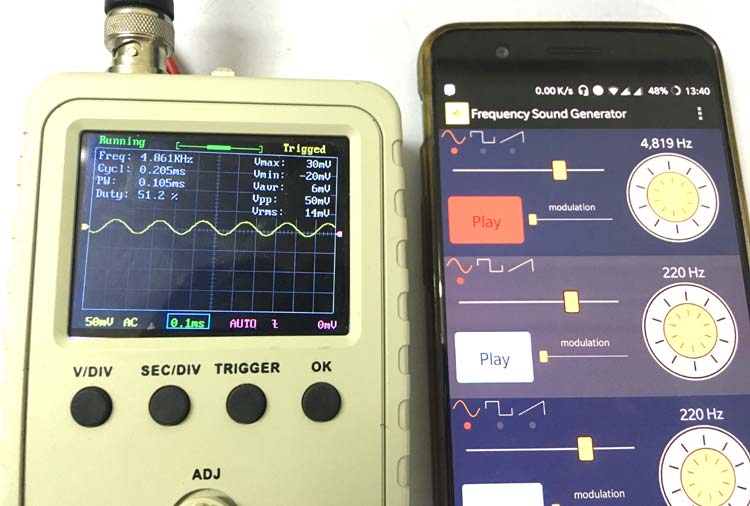 Every analog designer’s nightmare would be to deal with noise in his circuit. When it comes to switching circuits or Audio amplifiers or frequency signal circuits there is a very good chance for the circuit to be affected by noise signals. Out of the many ways to remove noise from a circuit, the most used one is called a Filter Circuit. As the name suggests, this circuit will filter out the unwanted signals (noise) from the actual signal. There are many types of filter circuit, but the most commonly used and efficient one is the Band Pass Filter which can be easily constructed using a pair of resistor and capacitors. So in this tutorial, we will learn about this Band Pass filter, the theory behind it and how it can be used in practical circuits.

What is a Bandpass filter?

As told earlier we will discuss the Passive Bandpass Filter which is constructed using resistor and capacitor. It is a combination of the high pass filter and low pass filter. A sample circuit diagram of a simple passive Bandpass filter is shown below.

This type of filter circuit is called as 2nd order filter because it has two resistors and two capacitors. A band pass filter could be a 2nd order filter or of higher order since a minimum of two resistor and capacitor is needed for proper functioning of the circuit. Now, when an input signal frequency is supplied to this filter it outputs a frequency which is higher than fcLOW  and lower than fcHIGH. In other words the output frequency can be given by fcHIGH- fcLOW, the frequency that lies in between this region is called as bandwidth. Hence the Bandwidth of the filter can be calculated by

Frequency Response of a Bandpass Filter

The Frequency response a.k.a Bode Plot curve for a 2nd order passive Bandpass filter is shown below. 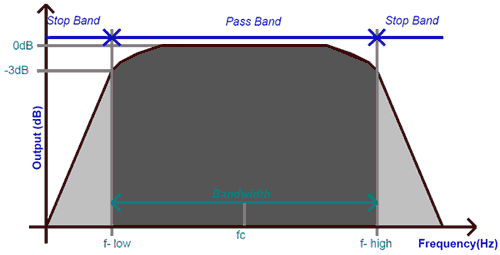 Let us construct a simple band pass filter to filter out a certain set of frequency and check how it actually works. The experimental set-up that I am using for this tutorial is shown below

As you can see the high pass filter is constructed using the capacitor 0.1uF (C1) and resistor 1K (R1). So the higher cut-off frequency for this circuit will be

The low pass filter is constructed using the capacitor 470pF (C2) and resistor 87K (R2). The lower cut-off frequency for this circuit can be calculated as follows

From the above calculations we can infer that the circuit will allows frequencies only in the range form 1577 Hz to 7280 HZ and anything less or more than this will be filtered out by our bandpass filter. Let’s check if the same is working by building the circuit on a breadboard. My test set-up looked something like this below 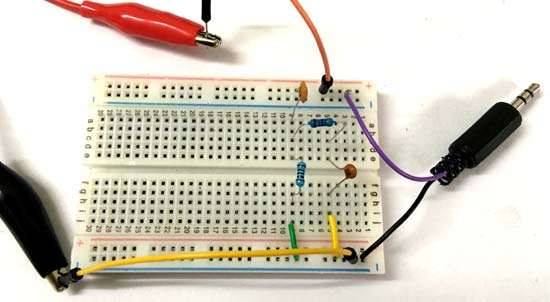 To test the circuit we need a function generator to generate signal frequency whose frequency can be controlled. Since I did not have one I decided to use my phone which has an android application that would generate the required frequencies through my 3.5mm headphone jack. This signal is then given as the input frequency to the circuit using a jack as shown above. 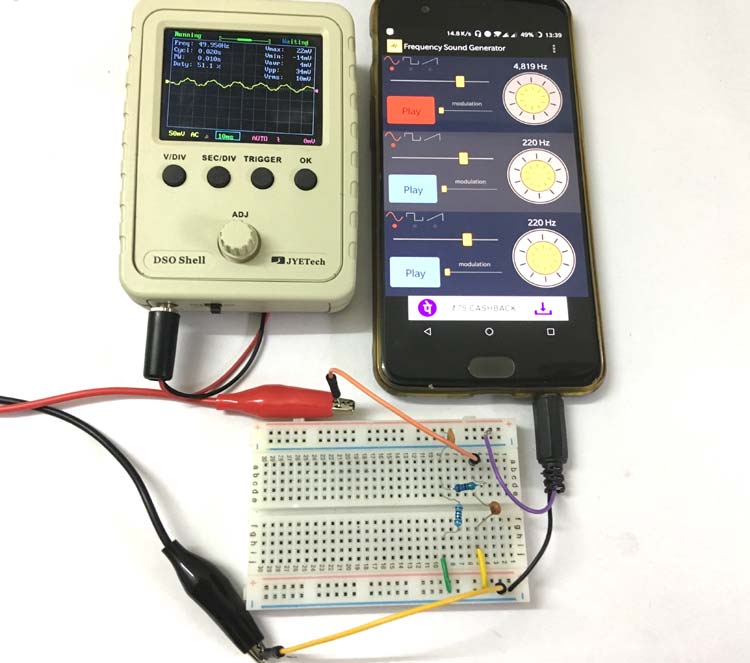 Now, we can connect the scope to the output signal of the circuit and vary the input frequency. The circuit will allow all the frequency that is in between 1500 to 7000 to be displayed on the scope and the others will be filtered out or noisy. Also keep in mind that this circuit is only for understanding purpose and hence is subjected to advancements before applying it in real terms. Also since the circuit is build over a breadboard the output signal might pick up some noise, place the capacitor as close as possible and reduce the length of its leads to reduce the problem. Hope you understood about Band Pass filters, if you have any question leave them in the comment below or use the forums.