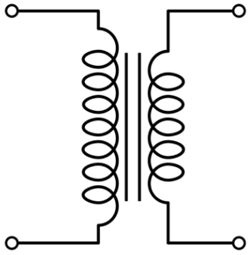 In one of our previous articles on the Alternating current, we mentioned how important the transformer was, in the history of the alternating current. It was the major enabler that made the alternating current possible. Initially when DC-based systems were being used, they could not be transferred over long distances due to power loss in the lines as distance (length) increases, which means DC power stations had to be placed everywhere, thus the main goal of AC was to solve the transmission issue and without the transformer, that wouldn't have been possible as the losses would still have existed even with AC. 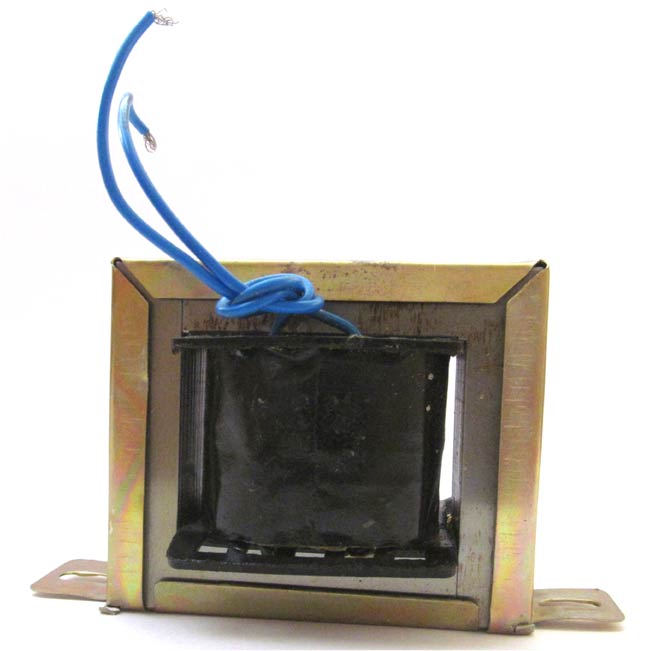 With the transformer in place, AC could be transmitted from the generating stations at a very high voltage but low current which eliminates the losses in the line(wires) due to the value of I2R (which gives the power loss in a line). The transformer is then used to convert the high voltage, low current energy to Low voltage, high current energy for final distribution within a community without changing the frequency and at the same power that was transmitted from the generating station (P= IV).

To better understand the voltage transformer, it is best to use its most simplified model which is the single-phase transformer. 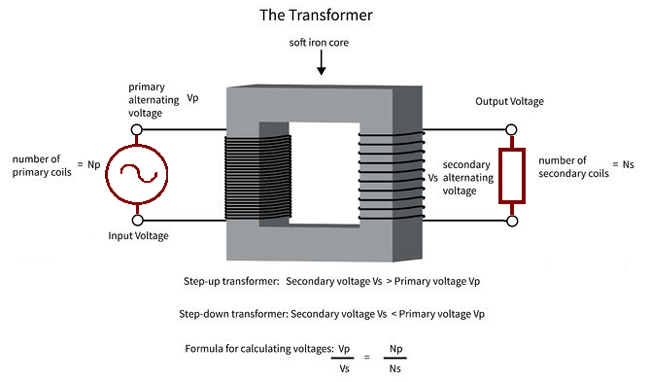 The single phase transformer is the most common (in terms of numbers in use) kind of voltage transformers. It is present in most of the “plugged in” appliances we use at home and everywhere else.

Single Phase Transformer is made up of two coils/winding (The primary and the secondary coil). This two winding are arranged in such a way that there exists no electrical connection between them, thus they are wound around a common magnetic Iron generally referred to as the transformer’s core, thus the two coils only have a magnetic connection between them. This ensures that power is transmitted only via electromagnetic induction and also makes the transformers useful for Isolating connections.

Two main effects define the operation of the transformer:

The second effect which when combined with the first explains the operational principle of the transformer which is based on the fact that, if a conductor is wound around a piece of magnet and the magnetic field changes, the change in magnetic field will induce a current in the conductor, the magnitude of which will be determined by the number of turns of the conductor coil. This is the principle with which the secondary coil gets energized.

This operational principle of the transformer also explains why the AC had to be invented because the transformer will only work when there is an alternation in the applied voltage or current as only then will the electromagnetic induction principles work. Thus the transformer couldn’t be used for DC then.

Construction of the Transformer

Basically, a transformer is made up of two parts which include; two inductive coils and a laminated steel core. The coils are insulated from each other and also insulated to prevent contact with the core.

The core of the transformer is always constructed by stacking laminated sheets of steel together, ensuring a minimum air-gap exists between them. The transformers core in recent times is always made up of laminated steel core instead of iron cores to reduce losses due to eddy current.

There are three major shapes of the laminated steel sheets to choose from, which are E, I, and L. 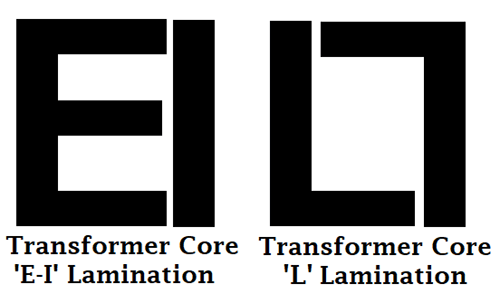 When stacking the lamination together to form the core, they are always stacked in such a way that the sides of the joint are alternated. For example, of the sheets are assembled as front faced during the first assembly, they will be back faced for the next assembly as shown in the image below. This is done to prevent high reluctance at the joints. 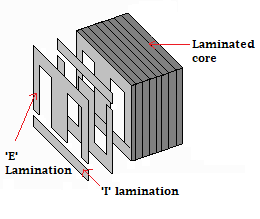 When constructing a transformer, it becomes very important to specify the type of transformer as either step up or step down as this determines the number of turns that will exist in the primary or secondary coil.

Majorly there are three types of voltage transformers; 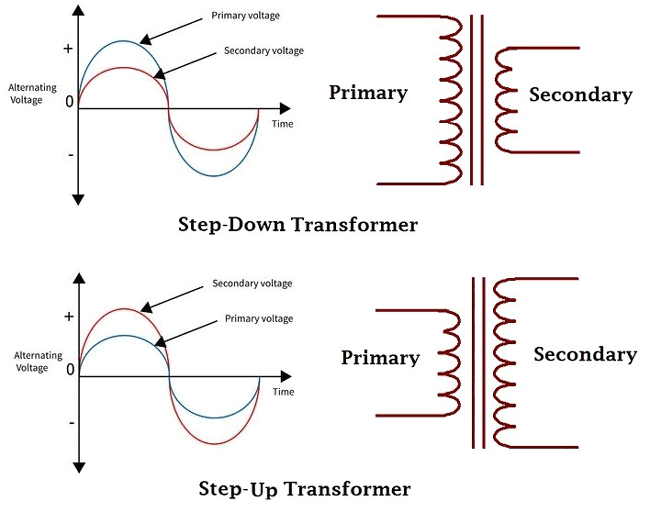 Isolation transformers are transformers which gives the same voltage applied to the primary at the secondary and thus basically used to isolate electrical circuits.

From the above explanation, creating a particular type of transformer can only be achieved by designing the number of turns in each of the primary and secondary coils to give the required output, this can thus be determined by the turns ratio. You can read through the linked tutorial to learn more about the different types of transformers.

The transformer turns ratio(n) is given by the equation;

Vp = Voltage applied to the primary

Vs = Voltage at the secondary

These relationship described above can be used to calculate each of the parameters in the equation.

The formula above is known as the transformers voltage action.

Since we said the power remains the same after transformation then; 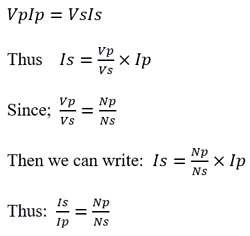 The number of turns of the coil of either of the primary or secondary coil determines the amount of current it induces or is induced by it. When the current applied to the primary is reduced, the strength of the magnetic field is reduced and the same for the current induced in the secondary winding.

The Amount of voltage induced in the secondary winding is given by the equation:

Where N is the number of turns in the secondary winding. 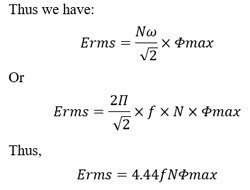 This equation is known as the transformers EMF equation.

Where: N is the number of turns in coil winding

f is the flux frequency in hertz

Φ is the magnetic flux density in Weber

with all these values determined, the transformer can thus be constructed.

As earlier explained, transformers were created to ensure the value of electrical power generated at the generating stations is delivered to end users with little or no loss, thus in an Ideal transformer, the power at the output(secondary winding) is always the same as the input power. Transformers are thus referred to as constant wattage devices, while they may change the voltage and current values, it's always done in such a way that the same power at the input is available at the output.

Efficiency of a Transformer

The efficiency of a transformer is given by the equation;

Some of the losses that can be experienced by a transformer are listed below;

These losses are sometimes referred to as winding losses or I2R losses. These losses are associated with the power dissipated by the conductor used for the winding when current is passed through it due to the resistance of the conductor. The value of this loss can be calculated using the formula;

This is a loss typically conquered by the use of laminated thin sheets of steel. The eddy current loss arises from the fact that the core is also a conductor and will induce an emf in the secondary coil. The currents induced in the core according to faradays law will oppose the magnetic field and lead to the dissipation of energy.

Factoring the effect of these losses into the transformer’s efficiency calculations, we have;

All parameters expressed in units of power.
transformer
Power