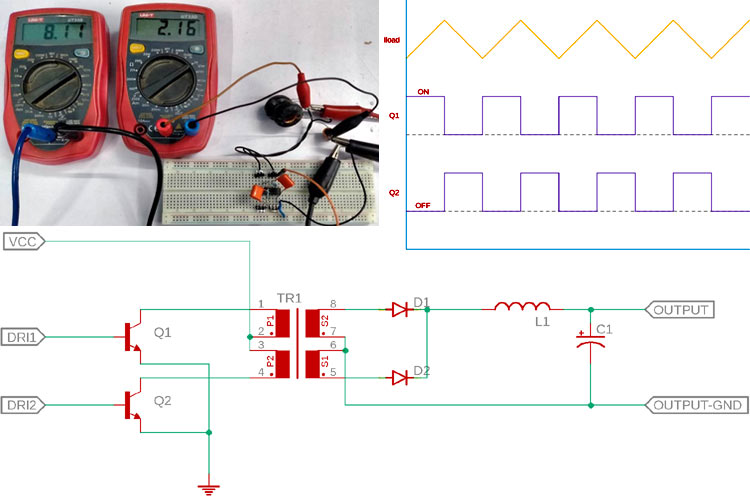 Now from the law of conservation of energy, we know that energy cannot be created nor destroyed, but it only can be transformed. The same goes for switching regulators, the output power (wattage) of any converter is the product of voltage and current, a DC-DC converter ideally converts the voltage, or the current while the wattage is constant. An example could be the situation where a 5V output could provide 2A of current. Previously we have designed a 5V, 2A SMPS Circuit, you can check that out if that is something you are looking for.

Now consider a situation where we need to change it to a 10V output for a specific application. Now, if a DC-DC converter is used in this place, and the 5V 2A which is 10W output is constant, ideally the DC-DC converter will convert the Voltage to a 10V with a 1A current rating. This can be done using a boost switching topology where a switching inductor is constantly switched.

However, all these features put out many questions in our minds. Like, how does a Push-pull converter work? What components are important to build a push-pull converter circuit? So, read along and we will find out all the necessary answers and in the end, we will be building a practical circuit for demonstration and testing, so let's get right into it.

Construction of a Push-Pull Converter

The name has the answer. Push and Pull have two opposite meanings of the same thing. What is the meaning of Push-Pull in layman's terms? The dictionary is saying that the word push means to move forward by using force to pass people or objects to move aside. In a push-pull DC-DC converter, the push defines pushing the current or feeding the current. Now, what pull means? Again, the dictionary says to exert force on someone or something to cause movement toward oneself. In the push-pull converter, it is again the current that is being pulled.

There are lots of push-pull drivers available in the electronics market that can be used immediately for push-pull conversation related work.

Few of such Driver ICs can be found in the below list:-

How Does a Push Pull Converter Work?

As we can see, the above circuit uses a transformer, this is an isolated push-pull converter. 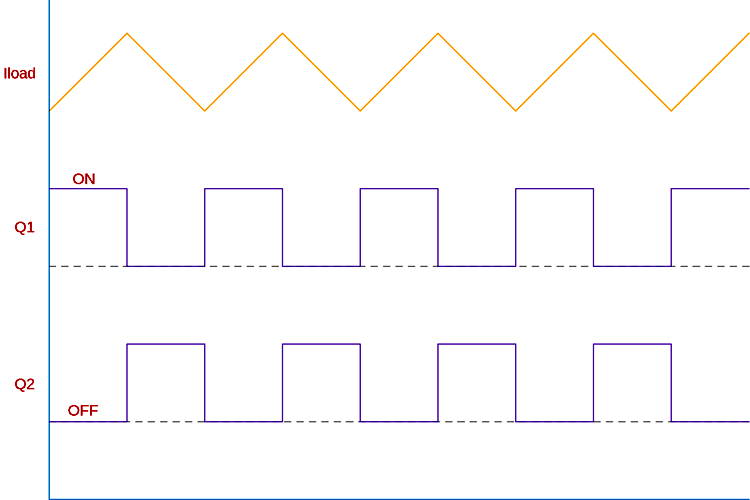 The above graph is very useful to check how this happens, at first, there used to be no voltages or current flow in the circuit. Q1 turned on, a constant voltage first strike to the tap as the circuit is closed now. The current starts to increase and then the voltage is induced into the secondary side.

In the next phase, after a time delay, the transistor Q1 turns off and Q2 is turned on. Here comes a few important things at work - transformer parasitic capacitance and the inductance forms an LC circuit that starts switching in opposite polarity. The charge starts to flow back in the opposite direction through the other tap winding of the transformer. In this fashion, the current is constantly pushed in alternate modes by those two transistors. However, as the pulling is done by the LC circuit and the center tap of the transformer, it is called push-pull topology. Often it is described in such a way that the two transistors push the current alternately naming the convention push-pull where transistors do not pull the current. The load waveform looks like the sawtooth, however, it is not that is shown in the above waveform.

As we have learned how a push-pull converter design works, let's move on to building an actual circuit for it, and then we can analyze that on the bench. But before that, let's take a look at the schematic.

Well, the below circuit is constructed on a breadboard. The components used for testing circuits are as follows-

The schematic is pretty straight forward. Let's analyze the connection, the ULN2003 is the Darlington pair transistor array. This Transistor array is useful as the freewheeling diodes are available inside the chipset and it does not require any additional components thus avoiding any additional complex routing on a breadboard. For the synchronous driver, we are using a simple RC timer that will synchronously turn on and off the transistors to create a push-pull effect across the Inductors.

The working of the circuit is simple. Let’s remove the Darlington pair and make the circuit simple using two transistors Q1 and Q2.

The RC networks are connected in a cross position with the base of Q1 and Q2, which turn on the alternate transistors using a feedback technique called regenerative feedback.

Where Vin is the input voltage, 108 is a constant value, βs is the saturated flux density of the core that will be reflected on the transformer, A is the cross-sectional area and N is the number of turns.

For testing the circuit, the following tools are required- 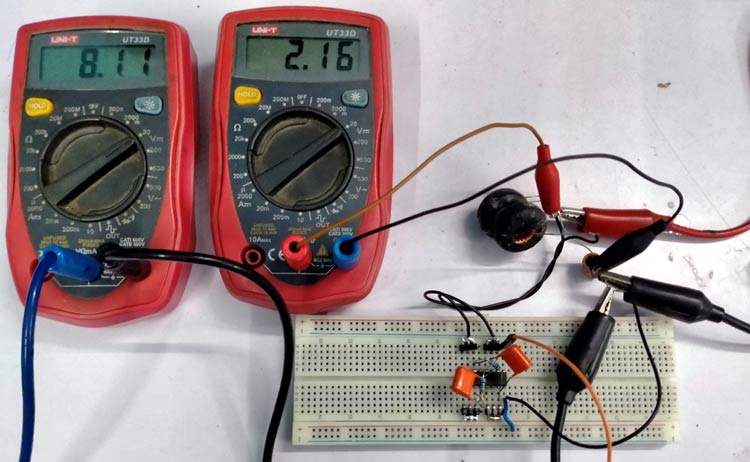 However, this circuit does not use any feedback topology, so the output voltage is not constant and nor isolated. 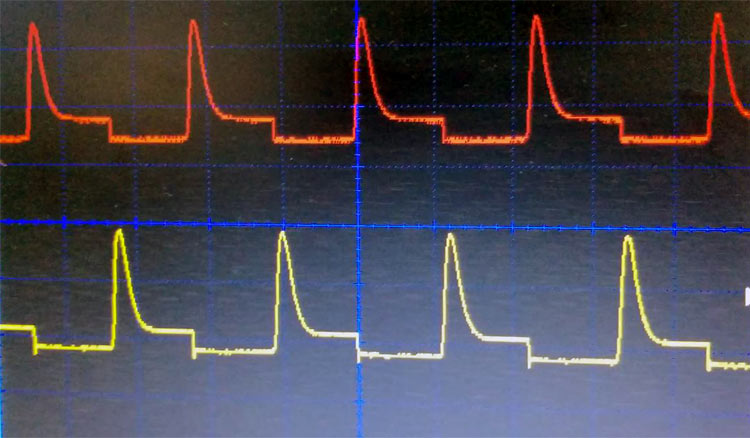 Thus the circuit is now acting as a push-pull boost converter where the output voltage is not constant. It is expected that this push-pull converter could provide wattage up to 2W, but we have not tested it due to the lack of feedback generation.

This circuit is a simple form of the push-pull converter. However, it is always recommended to use a proper push-pull driver IC for the desired output. The circuit can be constructed in a manner where isolated or non-isolated, any topologies in push-pull conversion can be built.

The below circuit is a proper circuit of controlled push-pull DC to DC converter. It is a 1:1 push-pull converter using LT3999 for Analog Devices (Linear Technologies). 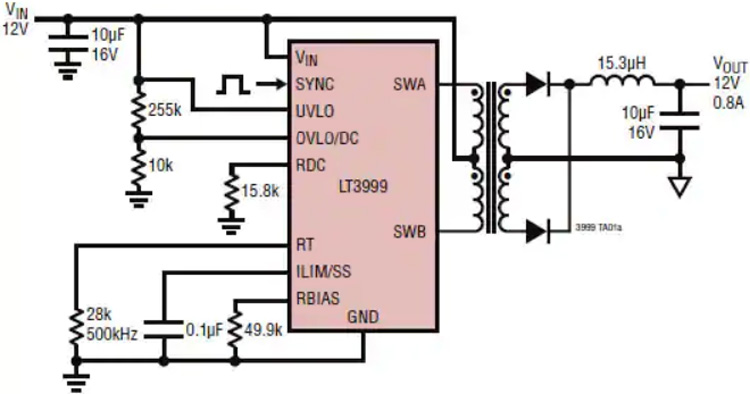 I hope you liked the article and learned something new if you have any questions regarding this topic, do put a comment down below, or you can post your question directly on our forum.