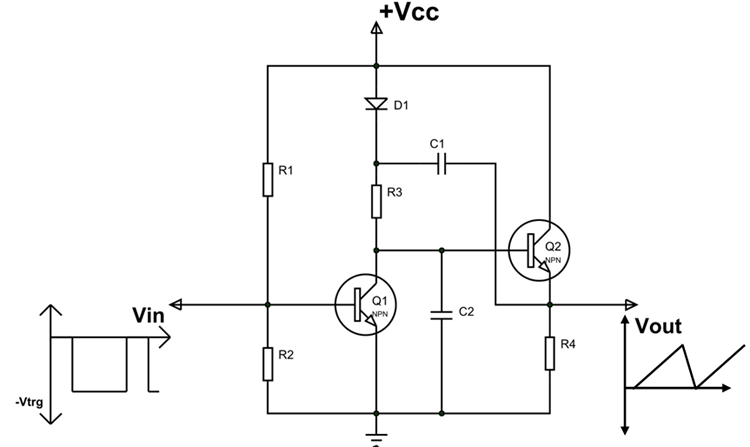 There are basically two types of Time- Based generator, namely

The below figure shows the circuit diagram of the Bootstrap sweep circuit: 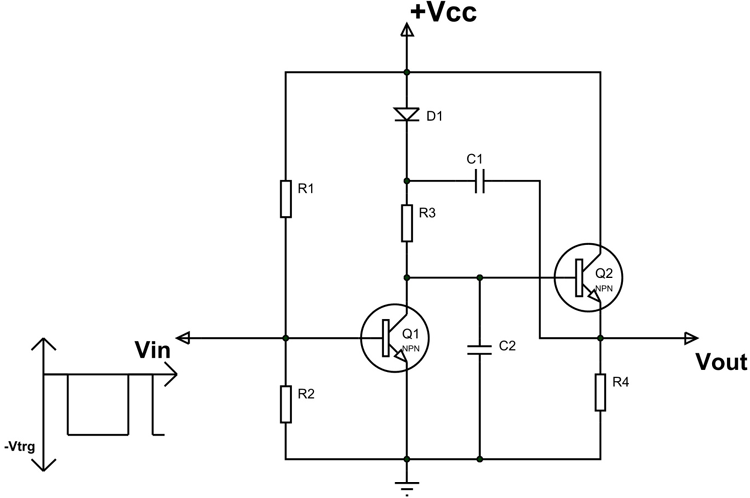 From the start, the transistor Q1 is turned ON because of biasing and because of this, the capacitor C2 will be completely discharged through Q1 which in turn results in output voltage becoming zero. So when Q1 is not triggered, the output voltage Vo is equal to zero. 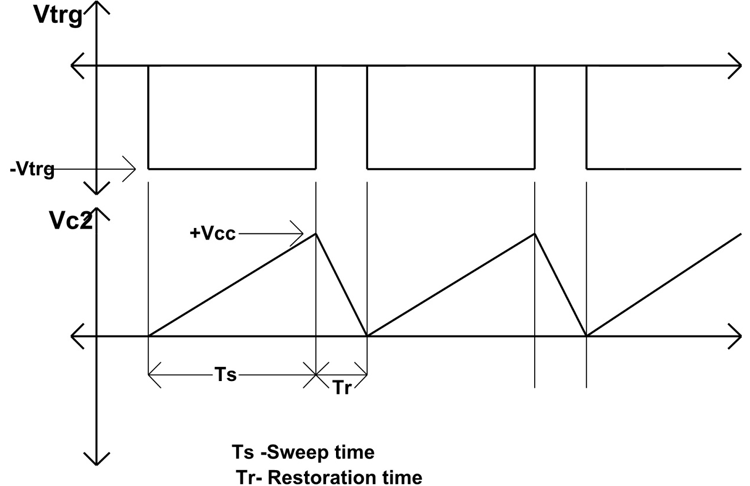 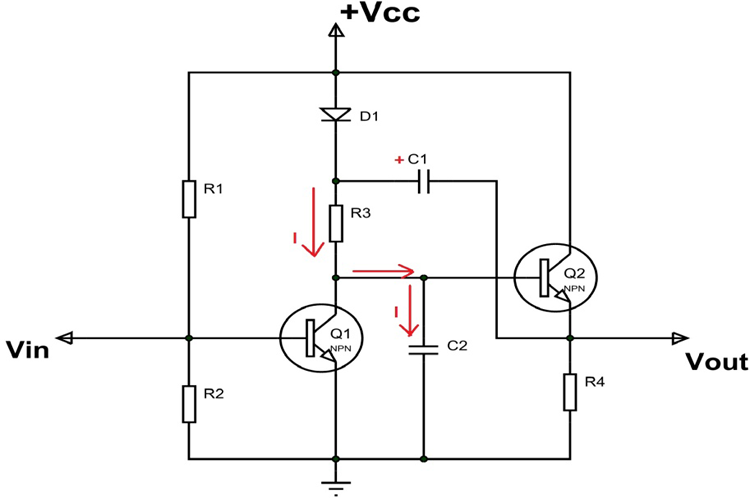 So a current ‘I’ flows through the resistor and to the capacitor C2 as shown in the figure. And because of this current flow, the capacitor C2 starts charging and a voltage ‘Vc2’ will appears across it.

After the end of trigger time if the negative trigger given to transistor Q1 is removed, then the transistor Q1 will enter in the low impendence state by default and act as a short circuit. Once this happens, the capacitor C2 which is in parallel with transistor Q1 will discharge itself completely to have its terminal voltage drop sharply. So during the restoration time ‘Tr’ the terminal voltage of capacitor C2 will drop sharply to zero and the same could be seen in the graph.

Once this cycle of charge and discharge is completed, the second cycle will start with the gate trigger of transistor Q1. And because of this continuous triggering, a sawtooth waveform is formed at the output, which is the end result of the Bootstrap Sweep circuit.