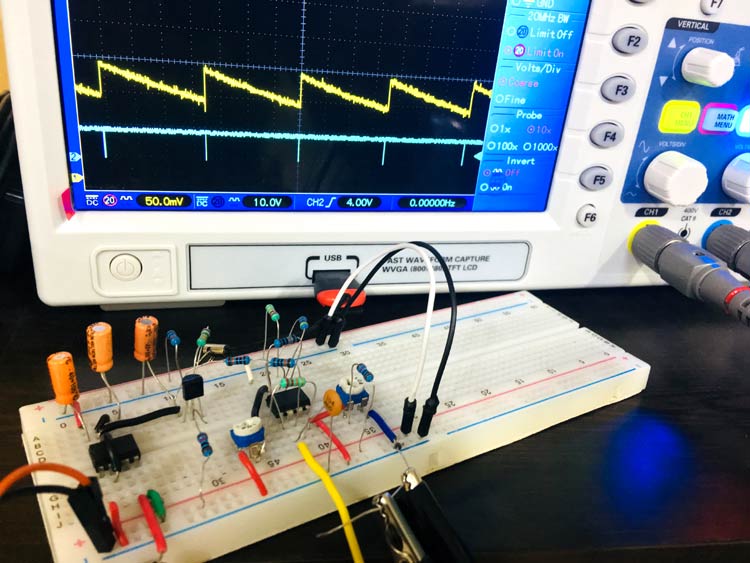 In electronics, waveforms are mostly plotted against voltage and time. The frequency and amplitude of the signal can vary according to the circuit. There are many types of waveforms, like sine wave, square wave, triangular wave, ramp wave, sawtooth wave etc. We have already designed sine wave and square wave generator circuit. Now, in this tutorial we will show you, how to design a sawtooth wave generator circuit with adjustable gain and DC offset of the wave, using Op-amp and 555 timer IC. 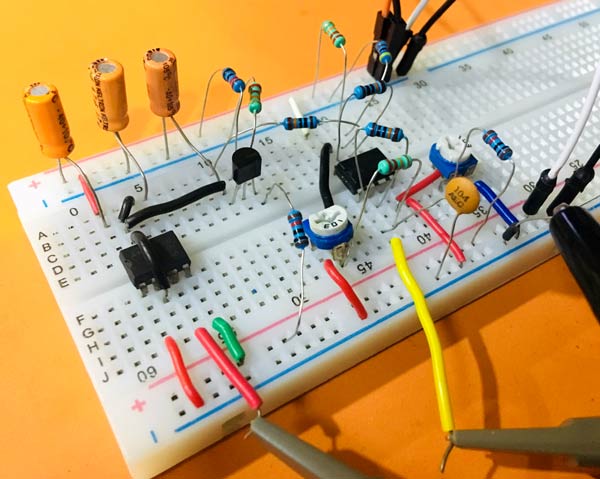 For generating a sawtooth waveform we have used 555 timer IC and LM358 Dual Op-amp IC. In this circuit, we are using transistor T1 as a controlled current source with adjustable emitter and collector current. Here the 555 Timer IC is used in astable mode.

The resistor R2 and R3 set up a bias voltage for biasing the base pin of the PNP transistor T1. And, R1 is used for setting the emitter current which effectively sets the collector current, and this constant current charges the capacitor C1 in a linear way. That’s why we receive a ramp output. By replacing R1 with a potentiometer you can adjust the ramp speed. 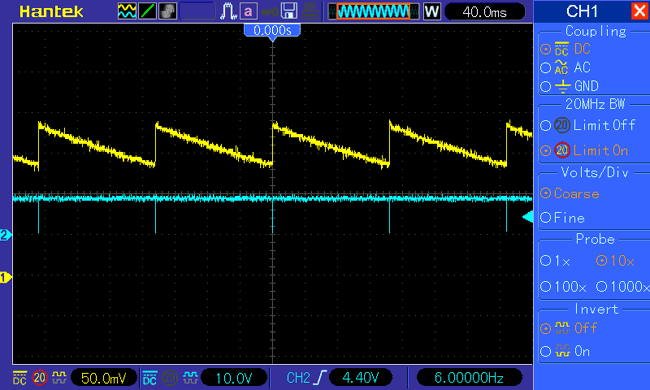 To adjust the gain and DC offset of the signal move potentiometer P1 and P2 respectively.