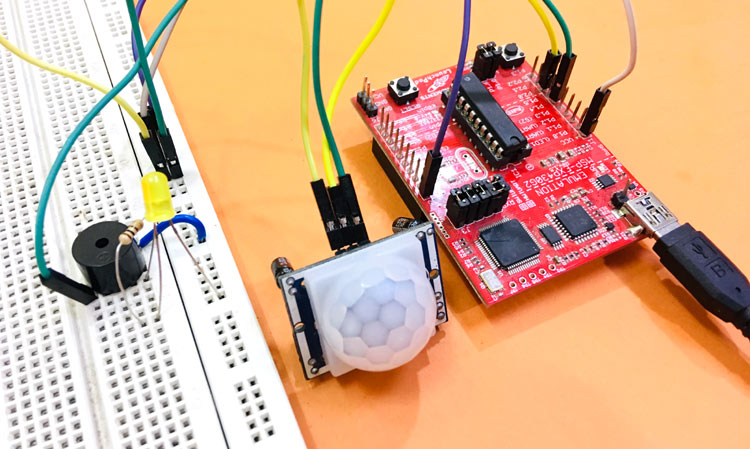 Motion detection is an essential part of security systems and PIR sensor is one of the most commonly used sensor for trigging the alarms when motion is detected. This sensor can detect human/animal movements easily by sensing the IR rays emitted by them. We previously used PIR sensor to build various kind of alarms and security systems:

Today we will build the same kind of Motion detection alarm by interfacing a PIR sensor with TI-MSP430.

The PIR sensor stands for Passive Infrared sensor which can detect many levels of radiations. As it is well known that every object emits some radiation and hotter materials emit more radiations than other materials. That’s why this sensor can detect human/animal presence because they are hotter than other materials in surrounding. The module consists a pyroelectric sensor, which detects the presence of human/animal body. And there is one Fresnel Lens attached to the sensor, which increases the range of the sensor. The pin-out for PIR sensor module is given below:

This module is adjustable i.e. the sensitivity and time trigger can be adjusted by rotating the knobs of two potentiometers on the board.

In retriggering or H mode, the output stays high as long as the motion is occurring. And in non-retriggering or I mode, the output stays high then turns low after the trigger time and this process continues as long as motion is continued. Most applications use H mode and we’re also going to use this mode only. The PIR sensor works on 5V to 12V power supply. But it can also be powered by 3.3V pins of the MSP430.

To learn more about PIR sensor, follow the link and also learn how PIR sensor can be used with with Arduino, Raspberry Pi and other microcontrollers for various applications: 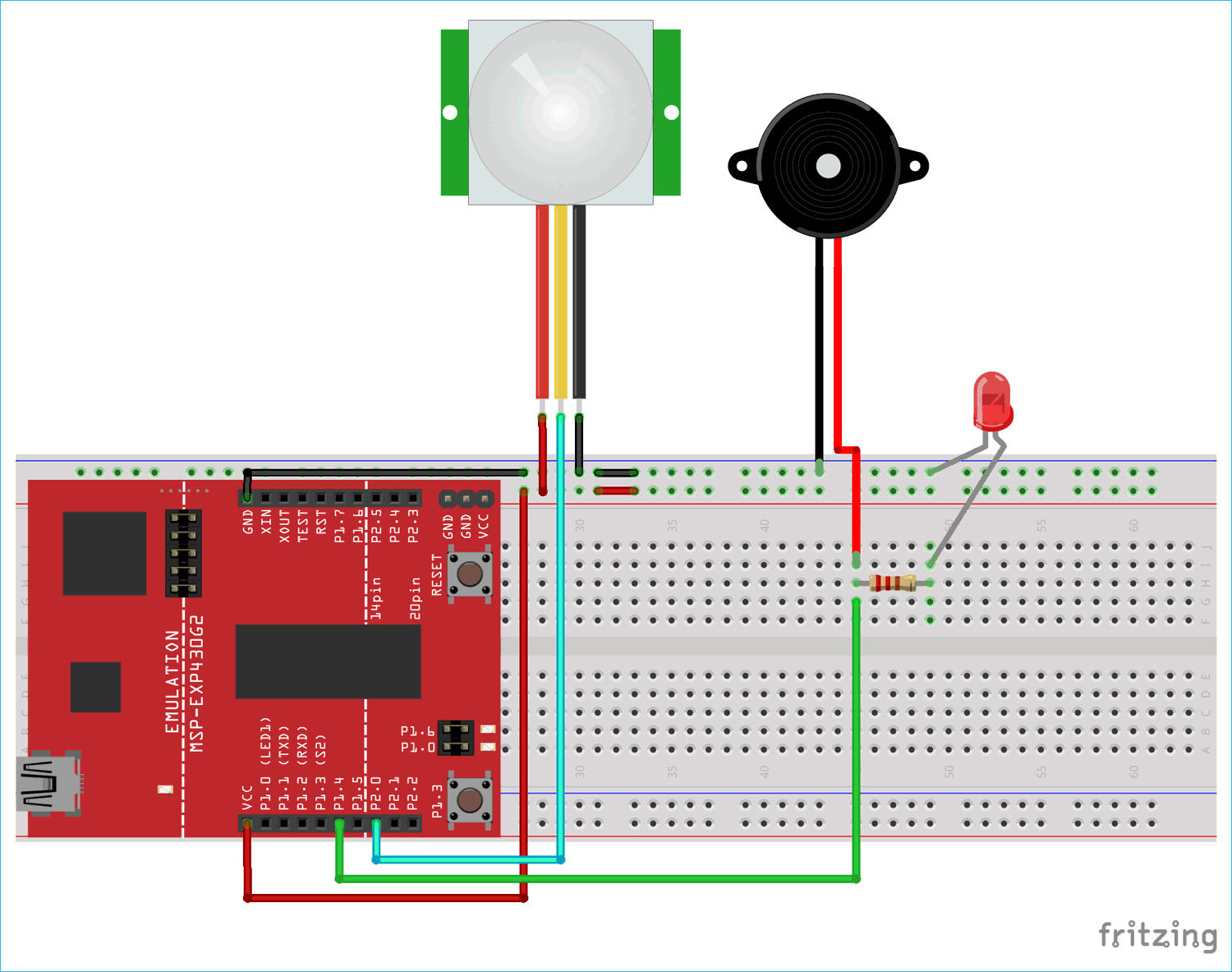 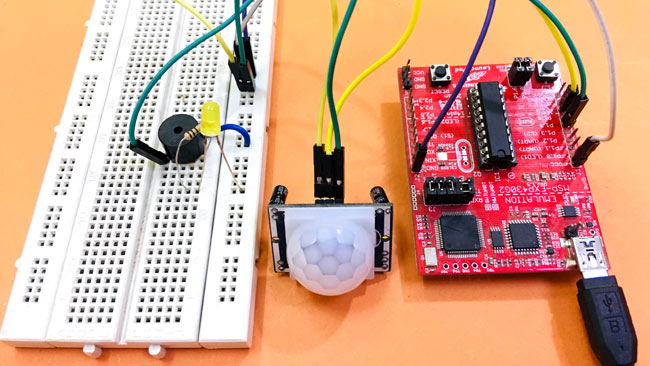 The code is very simple and given at the end of this project with a Demonstration Video. Here we are going to blink the LED and beep the buzzer continuously when any motion gets detected by PIR sensor.

Finally upload the code to MSP430 using Energia IDE and power the board and wait for about a minute. The PIR sensor module takes some time to calibrate. After a minute, move your hand in front of sensor, and it works. After removing your hand the flashing and buzzing will stop. You can also try changing the sensitivity and time trigger using the two potentiometers present on the PIR sensor.