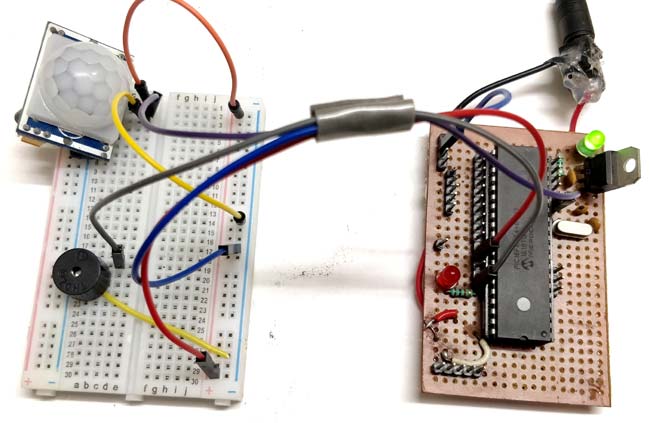 PIR (Passive Infrared) or Motion Sensor is used to detect the motion of moving human body or objects. Whenever someone comes in the range of PIR sensor, it gives High at its output pin. We have previously interfaced PIR with other Microcontrollers:

Today we are simple going to interface PIR with PIC Microcontroller PIC16F877A. In this circuit if some moving objects comes in the range of PIR sensor, the buzzer will start beeping.

PIR sensor is inexpensive, low-power and easy to use Motion Detections Sesnor. PIR sensor only receives infrared rays, not emits that’s why it’s called passive. PIR sense any change in heat, and if there is a change it gives HIGH at OUTPUT. PIR Sensor also referred as Pyroelectric or IR motion sensor.

Every object emits some amount of infrared when heated, similar to that human body emits IR due to body heat. Infrared created by every object because of the friction between air and object. The main component of PIR sensor is Pyroelectric sensor. Along with this, BISS0001 ("Micro Power PIR Motion Detector IC"), some resistors, capacitors and other components used to build PIR sensor. BISS0001 IC take the input from sensor and does processing to make the output pin HIGH or LOW accordingly.

Learn more about PIR sensor here. You can also adjust distance sensitivity and time duration for which the output pin will be high once motion is detected. It has two potentiometer knobs to adjust these two parameters. 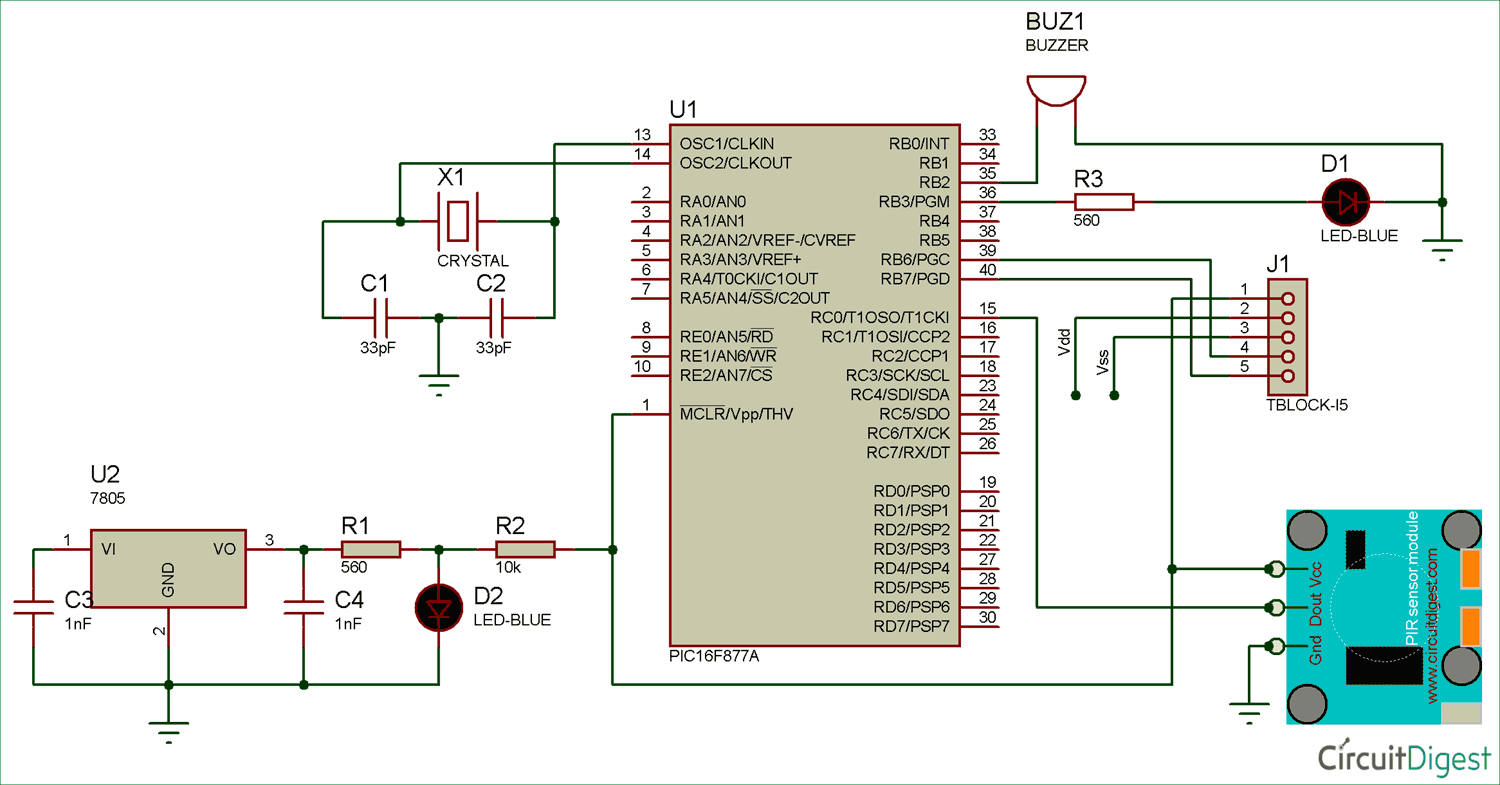 In order to program the PIC microcontroller for interfacing PIR, we will need an IDE (Integrated Development Environment), where the programming takes place. A compiler, where our program gets converted into MCU readable form called HEX files. An IPE (Integrated Programming Environment), which is used to dump our hex file into our PIC MCUs.

Microchip has given all these three software for free. They can be downloaded directly from their official page. I have also provided the link for your convenience. Once downloaded install them on your computer. If you have any problem doing so you can view the Video given at the end.

To dump or upload our code into PIC, we will need PICkit 3. The PICkit 3 programmer/debugger is a simple, low-cost in-circuit debugger that is controlled by a PC running MPLAB IDE (v8.20 or greater) software on a Windows platform. The PICkit 3 programmer/debugger is an integral part of the development engineer's tool suite. In addition to this we will also need other hardware like Perf board, Soldering station, PIC ICs, Crystal oscillators, capacitors etc. But we will add them to our list as we progress through our tutorials.

We will be programming our PIC16F877A using the ICSP option that is available in our MCU.

If you are new to PIC Microcontroller then first go through below tutorials to learn how to use and program PIC:

First, we need to set the configuration bits in the pic microcontroller and then start with void main function.

In the below code, ‘XC.h’ is the header file that contain all the friendly names for the pins and peripherals. Also we have defined crystal oscillator frequency, PIR and Buzzer pins connection in below code.

As per the below code, whenever PIR get HIGH the buzzer will get HIGH or else it remain OFF.

Complete Code with a Demo Video is given at the end of this project.

This project does not have any complicated hardware setup, we are again using the same PIC Microcontroller board (as shown below) which we have created in LED blinking Tutorial. Simply connect the PIR Sensor Module with your PIC Microcontroller board according to the connection diagram. Once you are done with the connections, simply dump the code using your PicKit 3 programmer as explained in previous tutorial and enjoy your output. 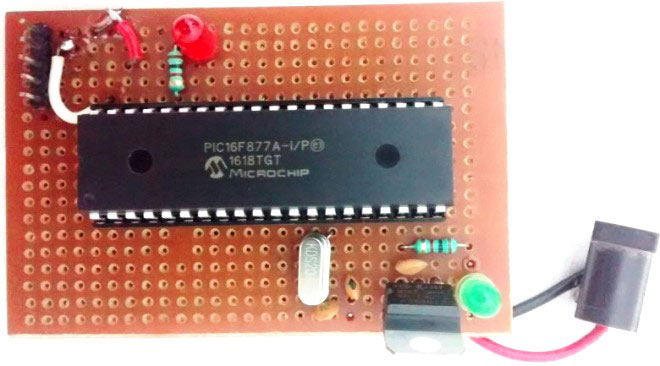 After uploading the program, PIR sensor is ready to give OUTPUT. Whenever, a human being or object that emits IR comes in the range of PIR it gives HIGH to the OUTPUT. And, based on that output the buzzer will operate. If PIR output is high buzzer input gets high and vice versa.

You can control the distance of sensing and time delay by using two potentiometers fixed on the PIR module. To know more about PIR sensor follows the link.