In elementary school, we learned that everything is made by atoms. This is a product of three particles: Electrons, Protons and Neutrons. As the name suggest Neutron does not have any charge whereas Protons are positive and Electrons are negative.

In atom, electrons protons and neutrons stay together in a stable formation, but if by any external process the electrons are separated from atoms they will always want to settle in the previous position thus it will create attraction towards protons. If we use these free electrons and push it inside a conductor which forms a circuitry, the potential attraction produces the potential difference.

If the flow of electron does not change his path and is in unidirectional flows or movements inside a circuit it is called as DC or Direct Current. DC Voltage is the constant voltage source.

In case of Direct Current, the polarity will never reverse or changed with respect to time, whereas the flow of current can vary with time.

As in reality, there is no perfect condition. In case of the circuit where free electrons are flowing, it is also true. Those free electrons do not flow independently, as the conducting materials are not perfect to let the electrons to flow freely. It does oppose the flow of electron by a certain rule of restrictions. For this issue, every electronics / electrical circuit consist three basic individual quantities which is called as V I R.

These three things are the basic fundamental quantities which appear almost in all cases when we see or describe something or making something which is related with Electrical or Electronics. They both are well related but they have denoted three separate things in Electronics or Electrical Fundamentals.

As previously stated, free separated electrons flow inside the circuitry; this flow of electrons (charge) is called as Current. When a voltage source applied across a circuit, the negative charge particles continuously flow at a uniform rate. This current is measured in Amperes as per SI unit and denoted as I or i. As per this unit 1 Ampere is the quantity of electricity carried in 1 second.  The base unit of charge is coulomb.

1A is 1 coulomb of charge carried in a circuit or conductor in 1 second. So the Formula is

Where, C is denoted as coulomb and S is second.

In some circuit diagrams, we will often see that few arrows with I or i is pointed the flow of currents, which is the conventional flow of current. We will see use of current on Wall switch board as “Maximum 10 Ampere rated” or in the phone charger “maximum charge current is 1 Ampere” etc.

The difference between two points called as potential difference or voltage drop.

This Voltage drop or potential difference is measured in Volts with the symbol of V or v. More Voltage denotes more capacity and more holds on the charge.

As described before Constant Voltage source is called as DC voltage. If the Voltage changes periodically with time, it is an AC Voltage or Alternating Current.

One Volt is by definition, the consumption of energy of one joule per electric charge of one coulomb. The relationship is as described

Where, J is denoted as Joule and C is coulomb.

One Volt voltage drop occurs when a current of 1 amp flow through resistance of 1 ohm.

Where A is Ampere and R is resistance in ohm.

AC voltage is commonly found in home outlets. In India it is 220V AC, in USA it is 110V AC etc. We can get DC voltage by converting this AC to DC or from Batteries, Solar Panels, Various power supply units as well as phone chargers.  We can also convert DC to AC using Inverters.

As in this world, nothing is ideal, every material has certain specification to resists the flow of electrons when passing from it. The Capacity of resist of a material is its resistance which is measured in Ohms (Ω) or Omega. Same as the Current and voltage, the resistance also has prefix for sub-multiple like Kilo-ohms (103Ω), mili-ohms (10-3Ω), mega-ohms (106Ω) etc. Resistance cannot be measured in negative; it is only a positive value.

Also, special types of materials widely use in electronics for its special capabilities to conduct electricity between bad and good conductors, It’s semiconductors, the name implies it’s nature, semi-conductor. Transistors, diode, Integrated circuits are made using semiconductor. Germanium and silicon are widely used semiconductor material in this segment.

As discussed before resistance cannot be negative. But resistance has two particular segments, one is in linear segment and the other is in non-liner segment. We can apply specific boundary related mathematical calculation to calculate the resistance capacity of this linear resistance, on the other hand non-linear segmented resistance do not have proper definition or relations between voltage and current flow between this resistors.

Georg Simon Ohm aka Georg Ohm is a German physicist found a proportional relationship between Voltage drop, Resistance and Current. This relationship is known as Ohms Law.

In his finding, it is stated that the current passing through a conductor is directly proportional to the voltage across it. If we convert this finding into mathematical formation we will see that

If we know any of the two values from those three entities, we can find the third one.

From the above formula, we will find the three entities, and the formula will be:- 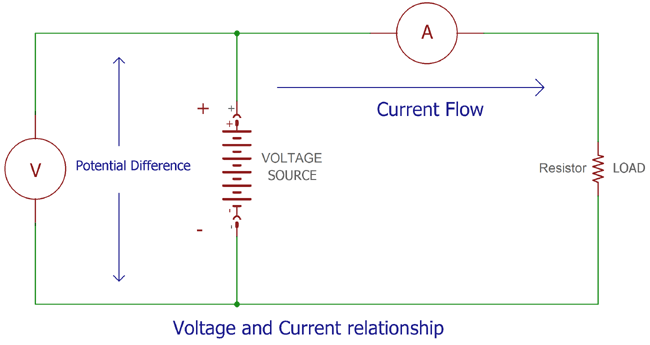 In the above image, an Ammeter connected in series and providing the current to the resistive load, on the other hand a volt meter connected across the source to measure voltage. 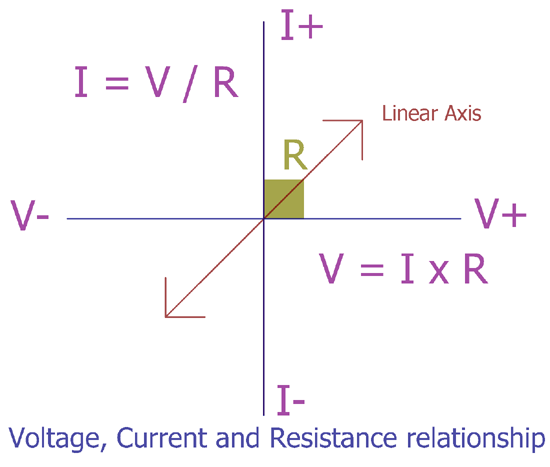 Power is either created or consumed, in an electronic or electrical circuitry the power rating is used to provide information about how much power the circuitry consumes to make a proper output of it.

As per the rule of nature, Energy cannot be destroyed, but it can be transferred, like Electrical energy converted to Mechanical Energy when Electricity applied across a Motor, or Electrical energy converted to heat when applied on a Heater. Thus a Heater need Energy, which is power, to provide proper heat dissipation, that power is rated power of the heater at maximum output.

Power is denoted with the symbol of W and it is measured in WATT.

Power is the multiplied value of the voltage and current. So,

Where, P is power in watt, V is Voltage and I is Ampere or current flow.

By arranging the same thing we can find the least one thing when other one is not available, the formulas are rearranged in the below matrix:

Whatever the direction is, it’s make no effect on the current flow inside a circuitry, It is easier to understand the conventional current flow from positive to negative.  Single direction Current flow is DC or Direct Current and which alternate its direction called as Alternating Current or AC.

1.  In this circuit, a 12V DC source is connected across a 2Ω load, calculate the power consumption of the circuit? 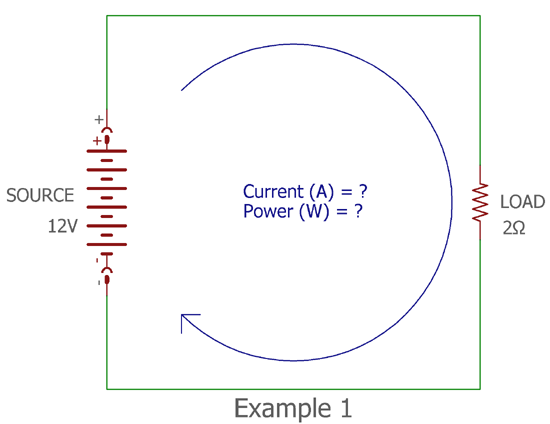 In this circuit, the total resistance is load resistance so the R = 2 and the input voltage supply is 12V DC so the V = 12V. The current flow in the circuitry will be

We can also calculate the value without Ampere.

Whatever the formula is used, the output will be same.

2.  In this circuit total power consumption across the load is 30 Watt, if we connect 15V DC supply, how much current is required? 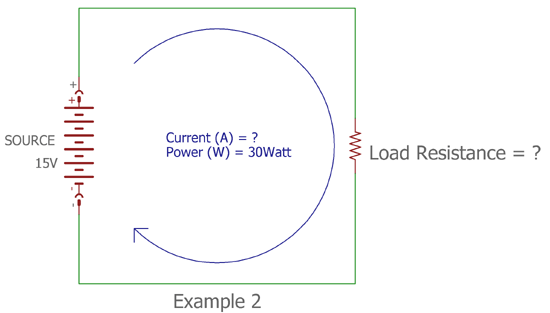 In this circuitry the total resistance is unknown. The input supply voltage is 15V DC so the V = 15V DC and the power flowing through the circuitry is 30W, So, the P = 30W. The current flow in the circuitry will be

So, Powering up the circuitry at 30W, we need 15V DC power source which is capable to deliver 2 Ampere of DC current or more as the circuitry requires 2Amp current. 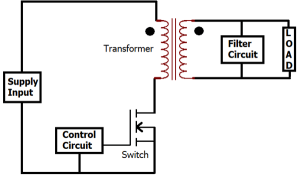 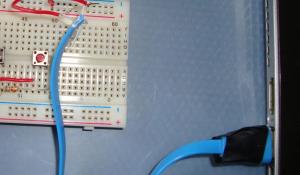 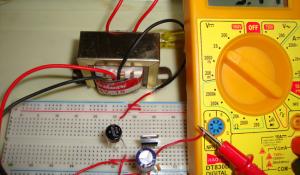