Today we are building a very useful project in which we can control the LED lights using our voice through Smart Phone. In this project, we will send voice commands from Smart Phone to Raspberry Pi using Bluetooth Module and Raspberry Pi will receive that transmitted signal wirelessly and will perform respective task over the hardware. We can replace the LEDs with the AC home appliances using relays and can build a Voice Controlled Home Automation Project. 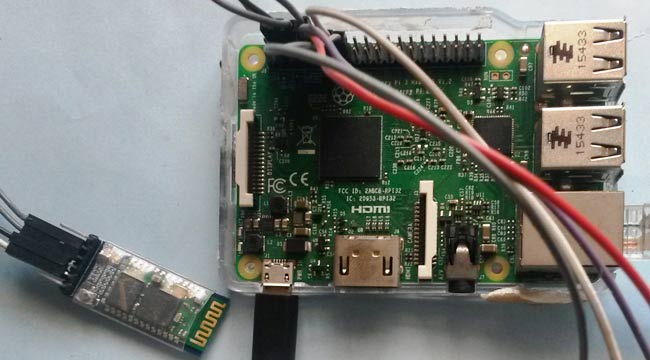 How to operate Bluetooth module:

You can directly use the Bluetooth module after purchasing from market, because there is no need to change any setting of Bluetooth module. Default baud rate of new Bluetooth module is 9600 bps. You just need to connect rx and tx to controller or serial converter and give 5 volt dc regulated power supply to module.

Bluetooth module has two modes one is master mode and second one is slave mode. User can set either mode by using some AT commands. Even user can set module’s setting by using AT command. Here is some commands uses are given:

First of all user need to enter AT mode with 38400 bps baud rate by pressing EN button at Bluetooth module or by giving HIGH level at EN pin. Note: all commands should ends with \r\n (0x0d and 0x0a) or ENTER KEY from keyboard.

Working of this Voice Controlled LEDs project is very easy. In this project we have used three LEDs of different colors (Blue, Red and Green). A HC-06 Bluetooth Module is used for receiving voice commands output in string format. Raspberry Pi receives that incoming string from Bluetooth Module and compares with predefined string and performs respective task.

In this project, to provide the voice commands to Raspberry Pi from our Smart Phone, we have used AMR Voice App in Android Phone (Android Meets Robots : Voice Recognition).

AMR Voice App can be downloaded and installed from the Google Play Store. You also need to install Google Voice App for this project. AMR Voice app takes the voice as input and converts it into text string using Android mobiles internal voice recognition (Google Voice App) and sends this converted text serially over Bluetooth. 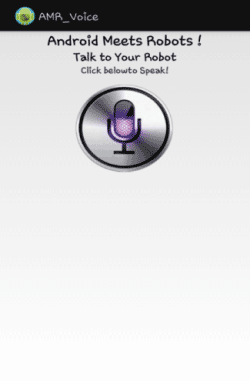 Now open the AMR voice app, go in option menu and connect it to Bluetooth module by clicking over ‘Connect Robot’: 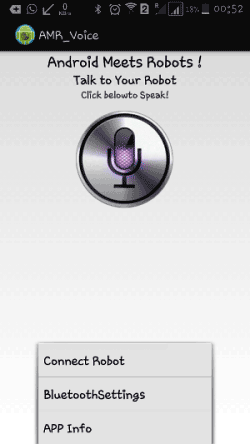 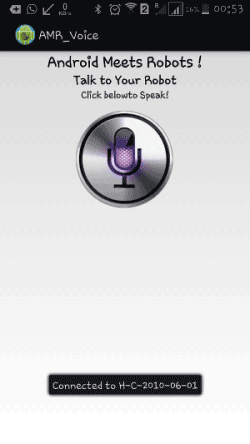 Now user can tap over the Mic symbol on mobile screen and speak predefined Voice commands to operate the LEDs:

6. “green light off” (only green LED turned off) 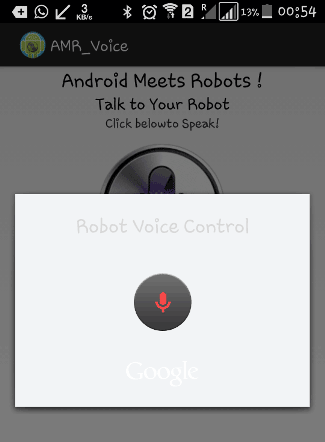 Then AMR voice app records this voice and sends it to Google Voice app to convert it into the text string format. Now this converted string is sent to Raspberry Pi via Bluetooth module and Raspberry Pi reads this string from UART port and store in a string in the code. And then compare it with predefined strings, if any match occurs then Raspberry Pi takes a respective action or performs a task. 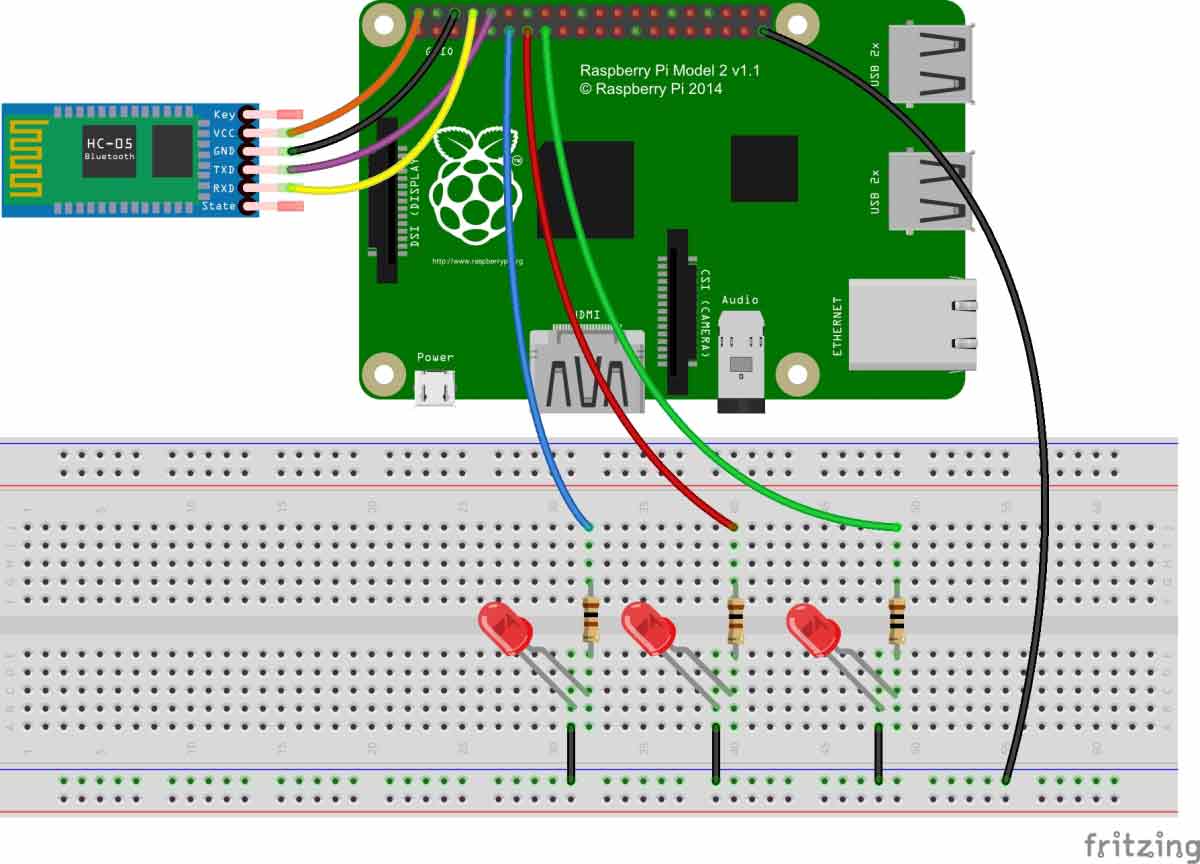 We are using Python language here for the Program. Before coding, user needs to configure Raspberry Pi. You can check our previous tutorials for Getting Started with Raspberry Pi and Installing & Configuring Raspbian Jessie OS in Pi.

After that you need to run following commands to run latest updates on Raspbian Jessie:

After it we need to install Raspberry Pi GPIO development tool, it can be installed by following commands:

Then go to ‘Advance Options’, select ‘Serial’ and ‘Disable’ it.

After this we need to disable inbuilt Bluetooth of Raspberry Pi 3 by adding dtoverlay=pi3-miniuart-bt at the end of  /boot/config.txt file:

And edit the file as below:

Now you can run the Python program given below in Raspberry Pi and you are done! Program is easy and can be easily understandable.

So here we have completed building our Voice Controlled Devices using Raspberry Pi. You can further enhance it and modify it for controlling AC home appliances by adding relays. 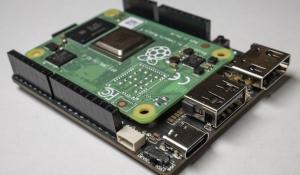 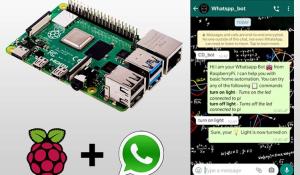