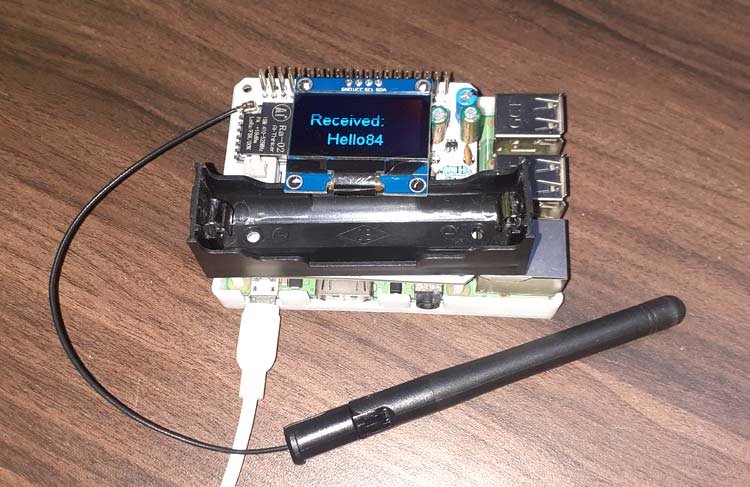 Raspberry Pi HAT is an add-on board for Raspberry Pi with the same dimensions as Pi. It can directly fit on the top of Raspberry Pi and doesn’t require any further connections. There are hundreds of Raspberry Pi HATs available in the market and we also built Raspberry Pi Hat for 16x2 LCD. In this session we are going to build a LoRa Hat for Raspberry Pi on PCB. This LoRa Hat consists of an SX1278 433MHz LoRa Module, OLED Display Module, and 3.7 to 5V booster circuit. This Raspberry Pi LoRa HAT will come in handy when you have to create a LoRa mesh network or to deploy LoRa sensing nodes.

We have used PCBWay to provide the PCB boards for this project. In the following sections of the article, we have covered in details the complete procedure to design, order, and assemble the PCB boards for Raspberry pi LoRa HAT. Here we are using the LoRa hat to communicate with Arduino.

If you are new to LoRa, then start with the basics of LoRa communication and follow our various tutorials on LoRa technology and its interfacing with a different microcontroller, and peer to peer communication with Arduino.

The complete circuit diagram for Raspberry Pi LoRa HAT is shown below. The schematic was drawn using EasyEDA. This HAT consists of the SX1278 433MHz LoRa Module with an OLED Display Module and Booster circuit. Booster circuit is designed around a dedicated FP6291 Boost Converter IC to boost the battery voltage from 3.7v to 5V. The HAT will directly sit on top of Raspberry Pi providing its LoRa capabilities. 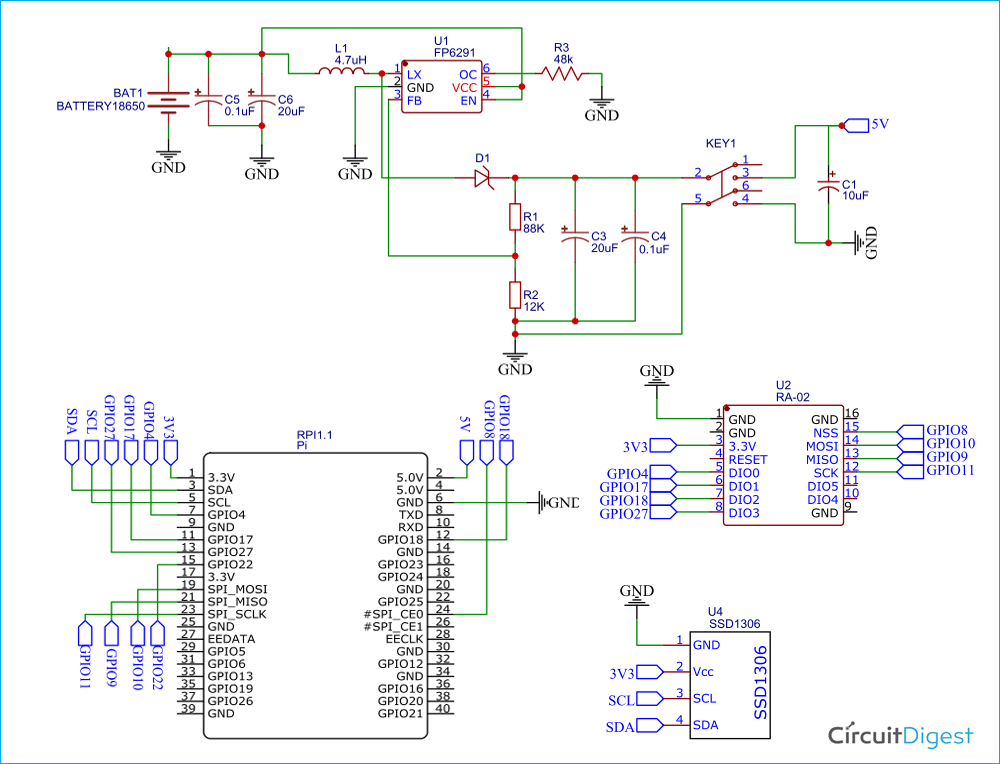 FP6291 IC is a 1 MHz DC-DC Step-Up Booster IC, mainly used in the application, for example, getting stable 5V from a 3V battery. You only need a few extra components to design a booster circuit with this IC. Here in this circuit, the Boost Converter circuit gets the input supply through battery terminals (+ and -). This input voltage is then processed by FP6291 IC to give a stable 5V DC supply to the 5V pin of Raspberry Pi.

For Arduino connections and circuit diagram, you can check our previous tutorial where the peer to peer LoRa communication between Raspberry Pi and Arduino is explained in detail.

The schematic is done, and we can proceed with laying out the PCB. You can design the PCB using any PCB software of your choice. We have used EasyEDA to fabricate PCB for this project.

Below are the 3D model views of the top layer and bottom layer of the LoRa HAT: 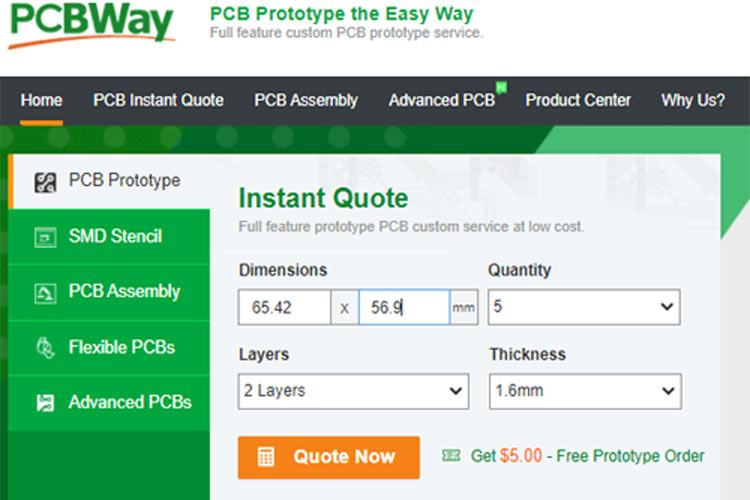 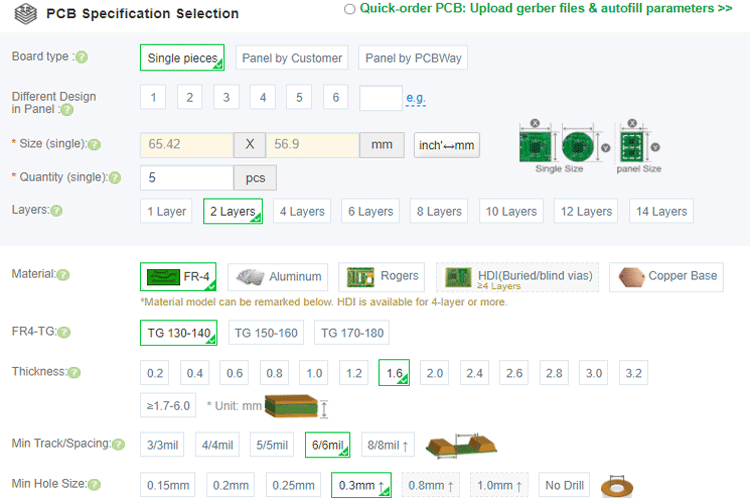 After a few days, we received our PCB in a neat package and the PCB quality was good as always. The top layer and the bottom layer of the board are shown below. 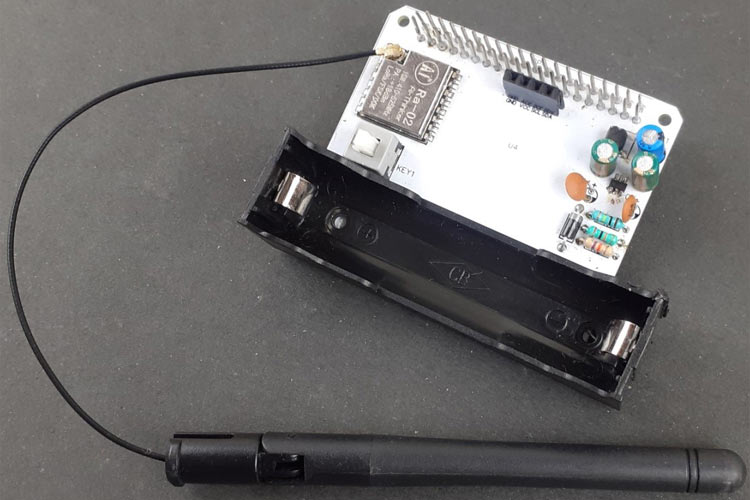 It will look like this after putting OLED on it: 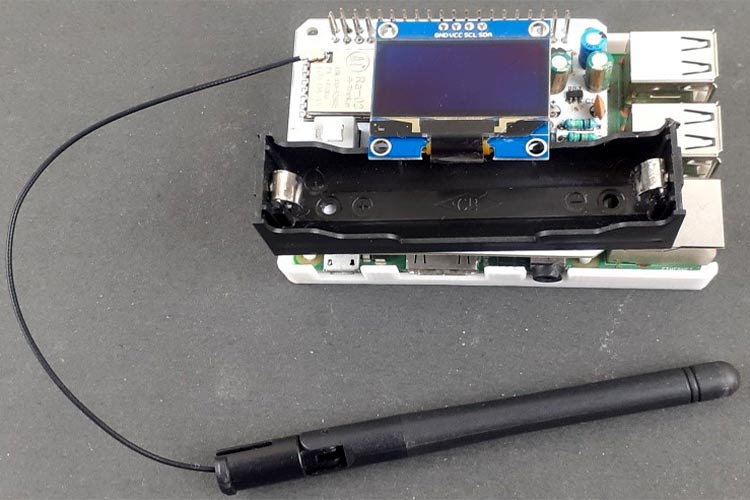 Now to test the LoRa HAT for Raspberry Pi, first, we have to program the Raspberry Pi so that it can receive data from LoRa Transmitter and display the vales on OLED Display.

So first update the Raspberry Pi OS using the below commands:

Then use the below command to install the spidev package. Spidev is a python package for Linux which can be used to perform SPI communication on Raspberry Pi.

Use the below commands to install the luma.oled Dependencies:

Now in the last step, check if the SPI and I2C interface is enabled or not. For that, enter the below command in the pi terminal and press enter:

Then go to Interfacing Options and enable SPI and I2C Interface if not enabled already.

So start the code by including all the required packages.

The start function is used to configure the module as a receiver and obtain like RSSI status, operating frequency, etc. We set the module to work in continuous receiver mode (RXCONT) from sleep mode and then use a while loop to read values like RSSI and modem status.

Finally, the on_rx_done function is used to receive the data packet. The received values then moved into a variable called payload from the Rx buffer. Then the received values are decoded with utf-8 to print user-readable data on the shell.

Now print the received data on OLED Display. Here I am using 'arial.ttf' font on the OLED display. To use a different font, then default font in luma.oled library, you have to download the font and then put it into the same folder as code. You can download the ‘arial.ttf’ font from here.

The complete Arduino code is given at the end of the page. You can also follow this Raspberry Pi - Arduino LoRa communication tutorial for circuit diagram and other information.

Now, that both Arduino and Raspberry Pi codes are ready, simply have to upload the Arduino code to the UNO board and launch the Python sketch in Raspberry Pi. 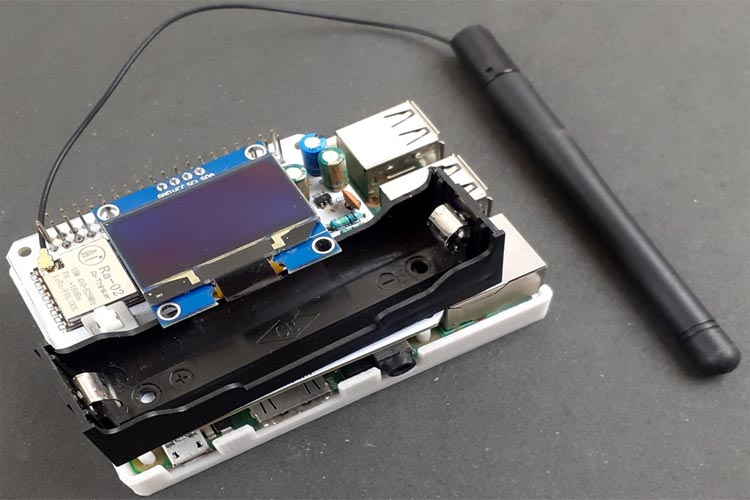 If the code uploads successfully, you should see the Arduino packets received in pi through the OLED Display as shown in the below image: 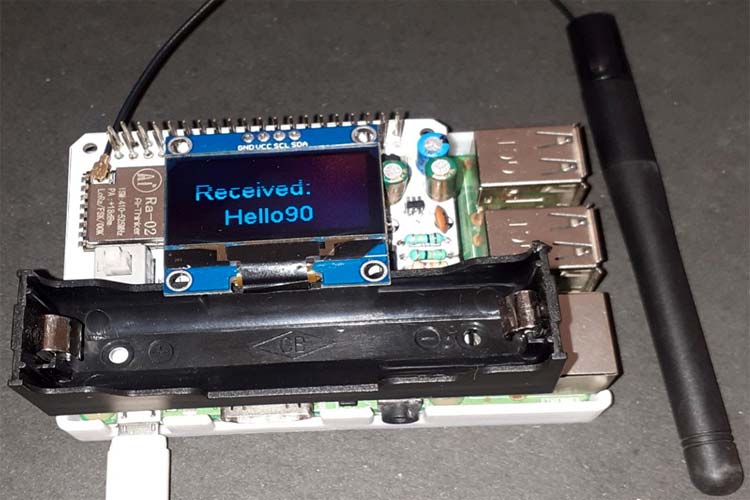 Hope you enjoyed the article and learned something useful. If you have any questions, you can leave them in the comment section below or use our forums for other technical questions.