A stepper motor is a type of DC motor that works in discrete steps and used everywhere from a surveillance camera to sophisticated robots and machines. NEMA 17 stepper motor has a step angle of 1.8° that means it will take 200 steps for a 360° rotation. By changing the rate of the control signal applied, we can easily control the motor speed. Stepper motor can be operated in different step modes such as full step, half step, ¼ step by applying appropriate logic levels to microstep pins of stepper module. In our previous project, we controlled 28-BYJ48 stepper motor using Arduino. 28-BYJ48 has relatively lower torque than the other stepper motors like NEMA 14, NEMA17.

Nema 17 motor driver DRV8825 has a maximum output capacity of 45V and ± 2.2 A. This driver can operate stepper motor in six different step modes i.e. full-step, half-step, quarter-step, eighth-step, sixteenth-step, and thirty-second-step. You can change the step resolution using the microstep pins (M0, M1 & M2). By setting appropriate logic levels to these pins, we can set the motors to one of the six-step resolutions. The truth table for these pins is given below:

A4988 and DRV8825 both have similar pinout and applications, but these modules have some differences in no. of micro steps, operating voltage, etc. Some key differences are given below: 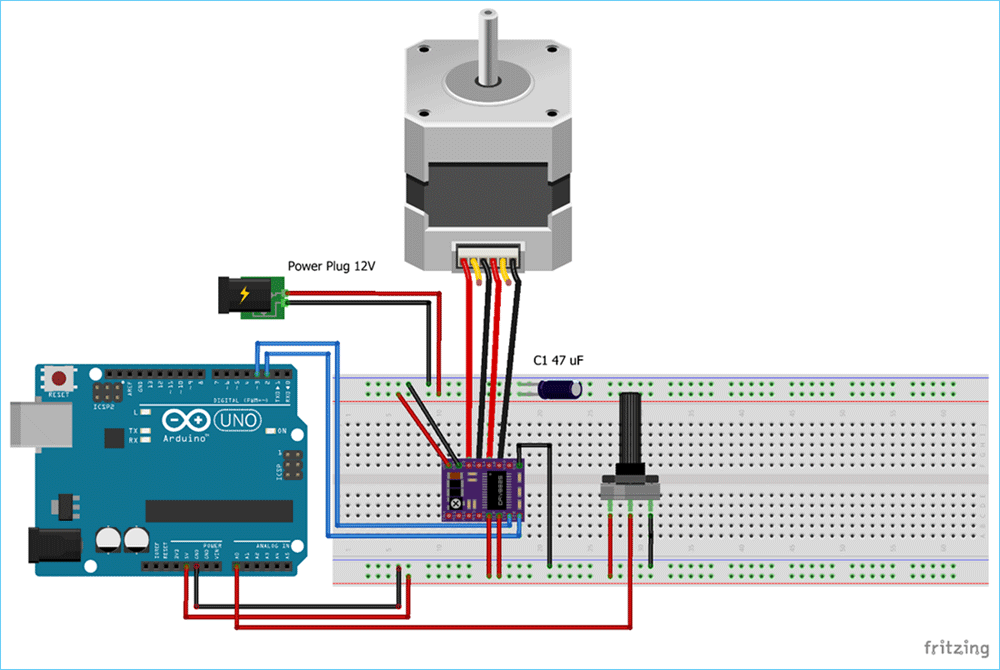 Circuit diagram to control Nema 17 with Arduino is given in the above image. Stepper motor is powered using a 12V power source, and the DRV8825 module is powered via Arduino. RST and SLEEP pin both connected to the 5V on the Arduino to keep the driver enabled. Potentiometer is connected to A0 pin of Arduino; it is used to control the direction of the motor. If you turn the potentiometer clockwise, then stepper will rotate clockwise, and if you turn potentiometer anticlockwise, then it will rotate anticlockwise. A 47 µf capacitor is used to protect the board from voltage spikes. M0, M1, and M2 pins left disconnected, that means the driver will operate in full-step mode. 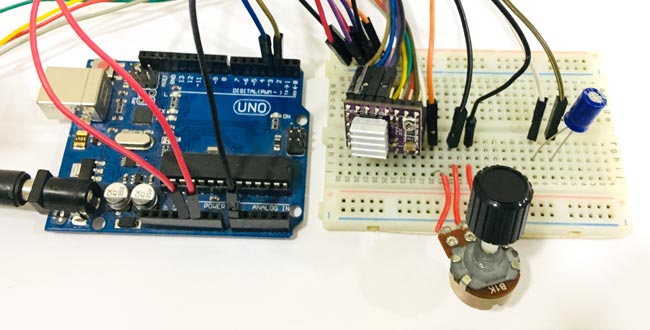 Complete connections for Arduino Nema 17 DRV8825 are given in below table. 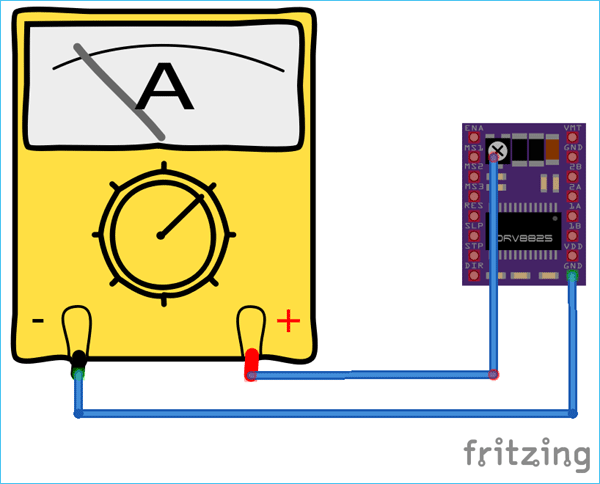 Complete code with a working video to control Nema 17 with Arduino is given at the end of this tutorial, here we are explaining the complete program to understand the working of the project.

Next set the speed for stepper motor using stepper.setSpeed function. Maximum motor speed for NEMA 17 is 4688 RPM but if we run it faster than 1000 RPM torque falls of quickly.

Now connect the Arduino with your laptop and upload the code into your Arduino UNO board using Arduino IDE, select the Board and port no and then click on the upload button.

Now you can control the direction of the Nema17 stepper motor using the potentiometer. The complete working of the Nema 17 with Arduino is shown in the video below. If you have any doubts regarding this project, post them in the comment section below.