After developing few popular robotic projects like line follower robot, edge avoiding robot, DTMF robot, gesture controlled robot, etc. in this project we are going to develop a bluetooth controlled robo car. Here we used a Bluetooth module to control the car, and it is also an android based application.

Bluetooth controlled car is controlled by using Android mobile phone instead of any other method like buttons, gesture etc. Here only needs to touch button in android phone to control the car in forward, backwardd, left and right directions. So here android phone is used as transmitting device and Bluetooth module placed in car is used as receiver. Android phone will transmit command using its in-built Bluetooth to car so that it can move in the required direction like moving forward, reverse, turning left, turning right and stop.

How to operate Bluetooth module?

You can directly use the Bluetooth module after purchasing from market, because there is no need to change any setting of Bluetooth module. Default baud rate of new Bluetooth module is 9600 bps. You just need to connect rx and tx to controller or serial converter and give 5 volt dc regulated power supply to module.

Bluetooth module has two modes one is master mode and second one is slave mode. User can set either mode by using some AT commands. Even user can set module’s setting by using AT command. Here is some commands uses are given:

First of all user need to enter AT mode with 38400 bps baud rate by pressing EN button at Bluetooth module or by giving HIGH level at EN pin. Note: all commands should ends with \r\n (0x0d and 0x0a) or ENTER KEY from keyboard.

In this project we have used a toy car for demonstration. Here we have selected a RF toy car with moving left right steering feature. After buying this car we have replaced its RF circuit with our Arduino circuit. This car have two dc motors at its front and rear side. Front side motor is used for giving direction to car means turning left or right side (like real car steering feature). And rear side motor is used for driving the car in forward and backward direction. A Bluetooth module is used to receive command from android phone and Arduino UNO is used for controlling the whole system.

Bluetooth controlled car moves according to button touched in the android Bluetooth mobile app. To run this project first we need to download Bluetooth app form Google play store. We can use any Bluetooth app that supporting or can send data. Here are some apps' name that might work correctly. 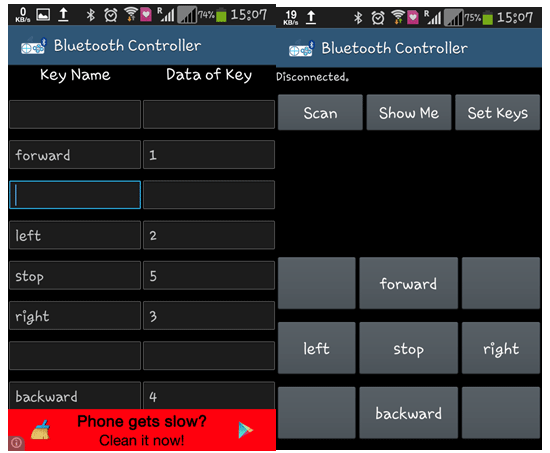 When we touch forward button in Bluetooth controller app then car start moving in forward direction and moving continues forward until next command comes.

When we touch backward button in Bluetooth controller app then car start moving in reverse direction and moving continues reverse until next command comes.

And by touching stop button we can stop the car.

In program first of all we have defined output pins for motors.

And then in setup, we gave directions to pin.

After this we read input by using serial communication form Bluetooth module and perform the operation accordingly.

Then we  have created functions for different directions of car. There are five conditions for this Bluetooth controlled car which are used to give the directions: 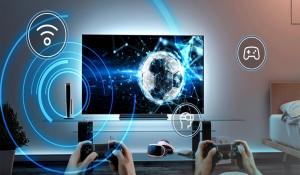 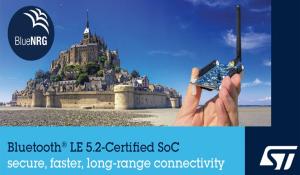 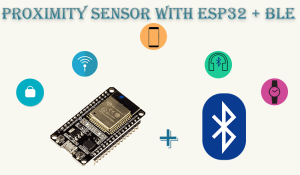 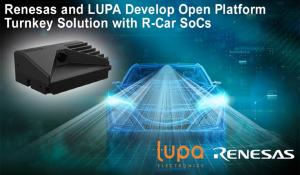 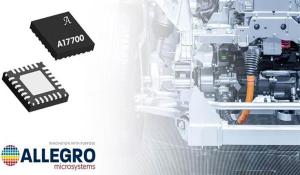 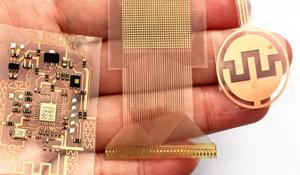