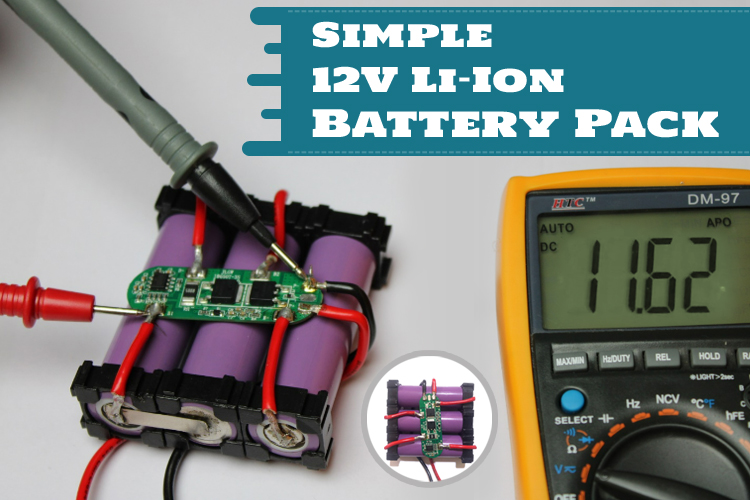 In this article, we will see how to design a simple 12V Li-Ion battery pack and how to use it with a protection circuit. A lithum-Ion battery is one of the most commonly used energy storage devices employed for powering equipment and gadgets in today’s time. Due to a high energy density and rechargeable capabilities, Li-ion cells are connected in different series and parallel arrangements to make a battery pack of different voltage output and capacities. Designing a simple battery pack and connecting it with a cost-effective protection circuit to make a robust battery pack that can be used to power RC cars, quadcopters, or other different gadgets running at 12VDC.

If you are interested to learn more about Li-ion cells you must be interested in the articles we have previously covered about different Li-Ion battery chemistries and you might also like to learn and design a 2S battery charger circuit we previously made.

Most Lithium cell chemistries have a Nominal voltage lower than 4 Volts. So, in order to make it usable for higher voltage applications, we might have to use a boost converter or we can design a battery pack that provides the required output voltage by arranging the cells in a combination of series and parallel connections.

To make a battery pack, the first step is to know the nominal voltage of a cell. The cells selected by us have a nominal voltage of 3.7Volts while the charge voltage is 4.2V. So, in order to make a 12 V pack, we require 3 cells connected in series. The image of cells we used is shown below

We are selecting a 3.7V battery with a capacity of 1200mAh. So, with 3 similar cells of 3.7V 1200mAh and connect them in series as shown in the diagram below.

Note: Make sure to connect all the cells of the same capacity, else your battery pack’s life will be affected. 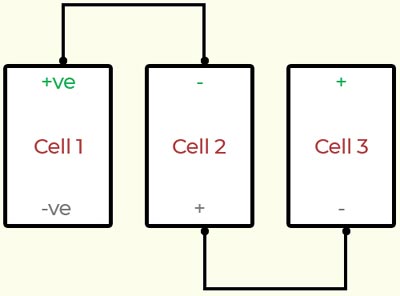 How to connect nickel strip to a battery

The best method is to use a spot welder. First, clean the surface of the cell and that of the nickel strip with a clean cloth to remove any dust or dirt particles from the surface. Place a nickel strip on the terminal of the battery and bring the prongs of the spot welder and make brief contact, you can repeat the process by rotating the battery to make an extra connection your battery is now securely connected to the nickel strip. Repeat the same step for making other connections.

What if you don’t have a spot welder?

The first step is to use a nail or any metal object and scratch all the terminals of the batteries you want to connect. 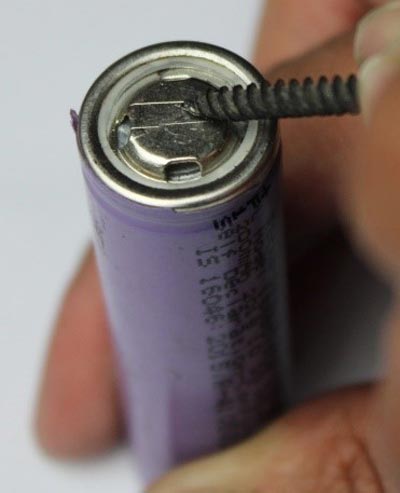 After scratching, put a small quantity of flux on the cell terminal and affix a little bit of solder on the terminal. Do the same for the nickel strip and connect the Nickle strip with the terminal of the cell. 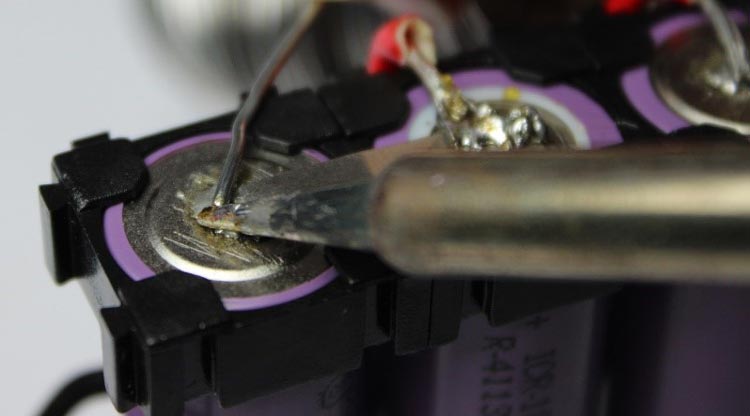 Repeat the step multiple times to make connections as required. Your 12V cell is ready.

Li-ion batteries require a battery protection module to keep the battery’s health fine. These devices protect the battery pack from getting damaged by over-charge, deep discharge, and even from over-current. It is essential for keeping the battery safe and extending its life. To keep our battery safe, we have used an over-a-shelf 3-S 6Amps Battery Protection Module or BMS Module.

Connect a BMS module with the battery pack. Most BMS will have the same connection terminology. 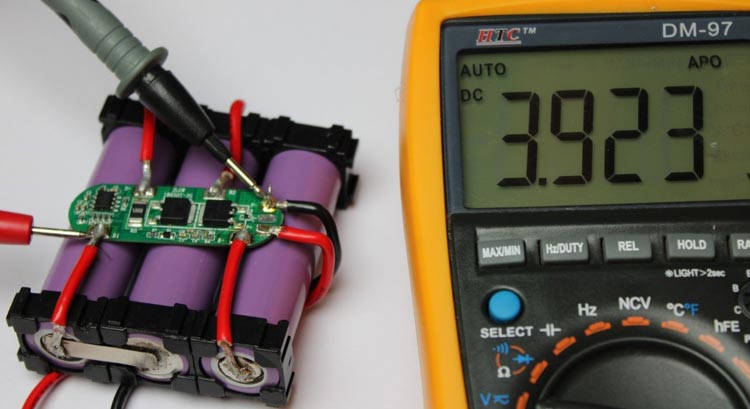 The next step is to test voltage across P- and B2, this measurement will give us the voltage between 2 cells connected in series, and the displayed voltage will be somewhere around 7.4V. 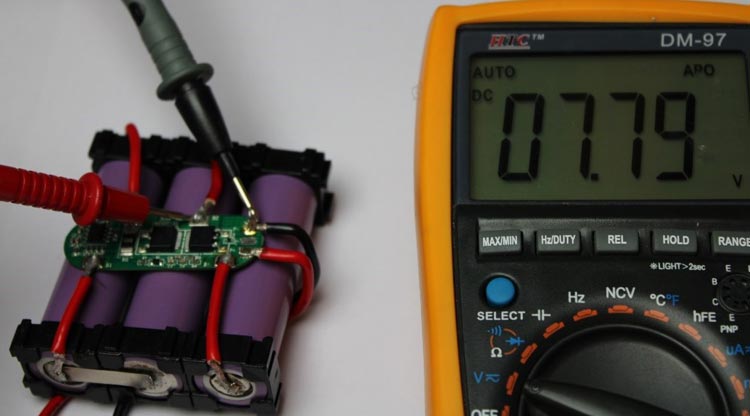 Knowledge of designing a battery pack is very essential as cells are seldom used as a single entity due to their low capacity and voltage, hence, cells are bunched together to form a battery pack. The voltage of the battery increases when cells are connected in series while the capacity of the battery is increased when the cells are connected in parallel. Due to the risk of damage to the Li-ion cells, battery packs are clubbed with a battery management system which ensures the proper working of a battery pack. BMS usually monitors, battery’s health, charge, voltage, and current while more advanced BMS can also monitor temperature and have the functionality to communicate the battery’s data to a remote location. I hope that you learned something new, if you have any doubts or questions regarding designing of the battery pack, then please feel free to write in the comment section below.