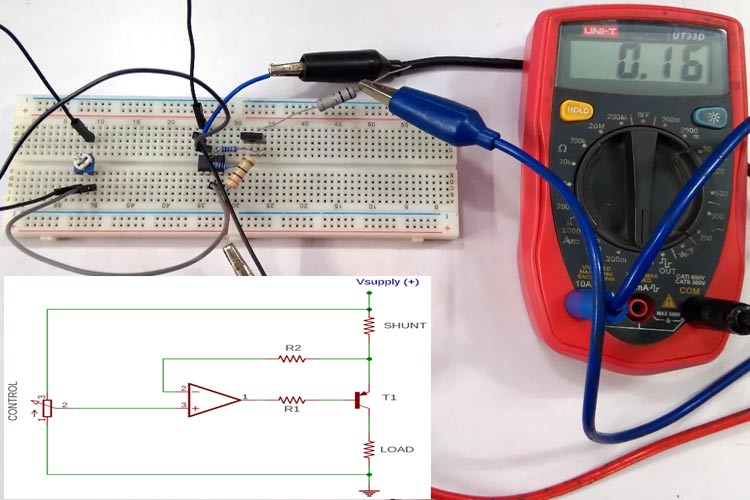 Current Source and Current sink are two major terms used in electronics design, these two terms dictate how much current can leave or enter a terminal. For example, the sink and source current of a typical 8051 Microcontroller digital output pin is 1.6mA and 60uA respectively. Meaning the pin can deliver (source) up to 60uA when made High and can receive (sink) up to 1.6mA when made Low. During our circuit design, we sometimes have to build our very own current source and current sink circuits. In the previous tutorial, we built a Voltage controlled current source circuit using common op-amp and MOSFET which can be used for sourcing current to a load, but in some cases instead of the sourcing current, we will need a current sink option.

What is a Constant Current Sink Circuit? 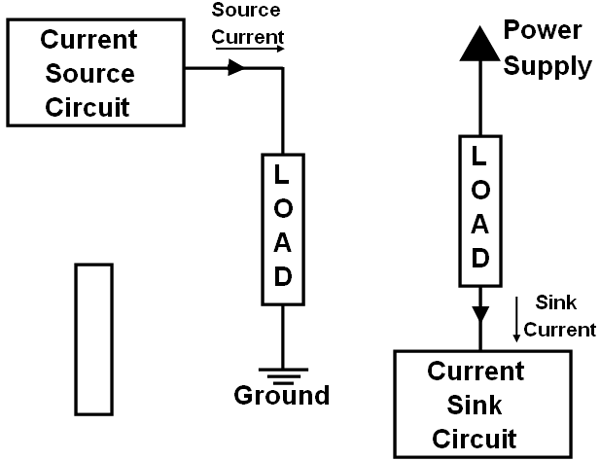 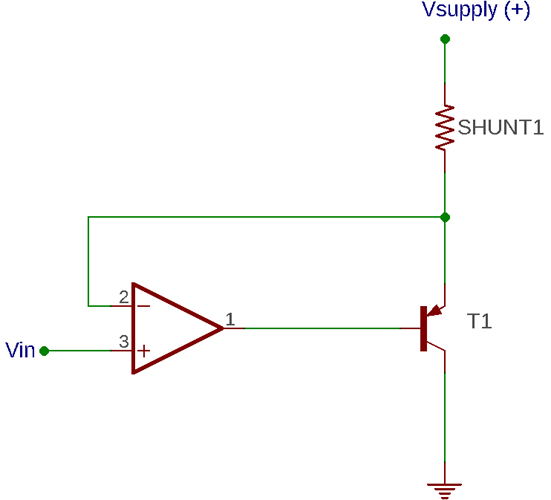 For a current sink circuit, the op-amp connection is changed, that is the negative input is connected to a shunt resistor. This will provide the necessary negative feedback to the op-amp. Then we have a PNP transistor, that is connected across the Op-amp output so that the op-amp output pin can drive the PNP transistor. Now, always remember that an Op-Amp will try to make the voltage at both the inputs (positive and negative) equal.

The shunt resistor will produce a drop voltage as per Ohms law, V= IR. Therefore, 1A of current flow through the transistor will create a drop voltage of 1V. The PNP transistor will sink this 1A of current and the op-amp will use this voltage drop and get the desired 1V feedback. This way, changing the input voltage will control the Base as well as the current through the shunt resistor. Now, let's introduce the load that has to be controlled into our circuit. 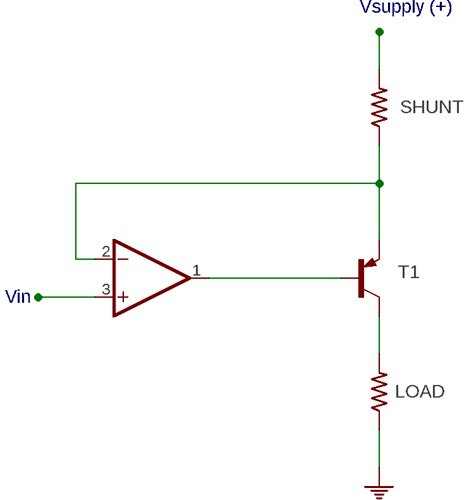 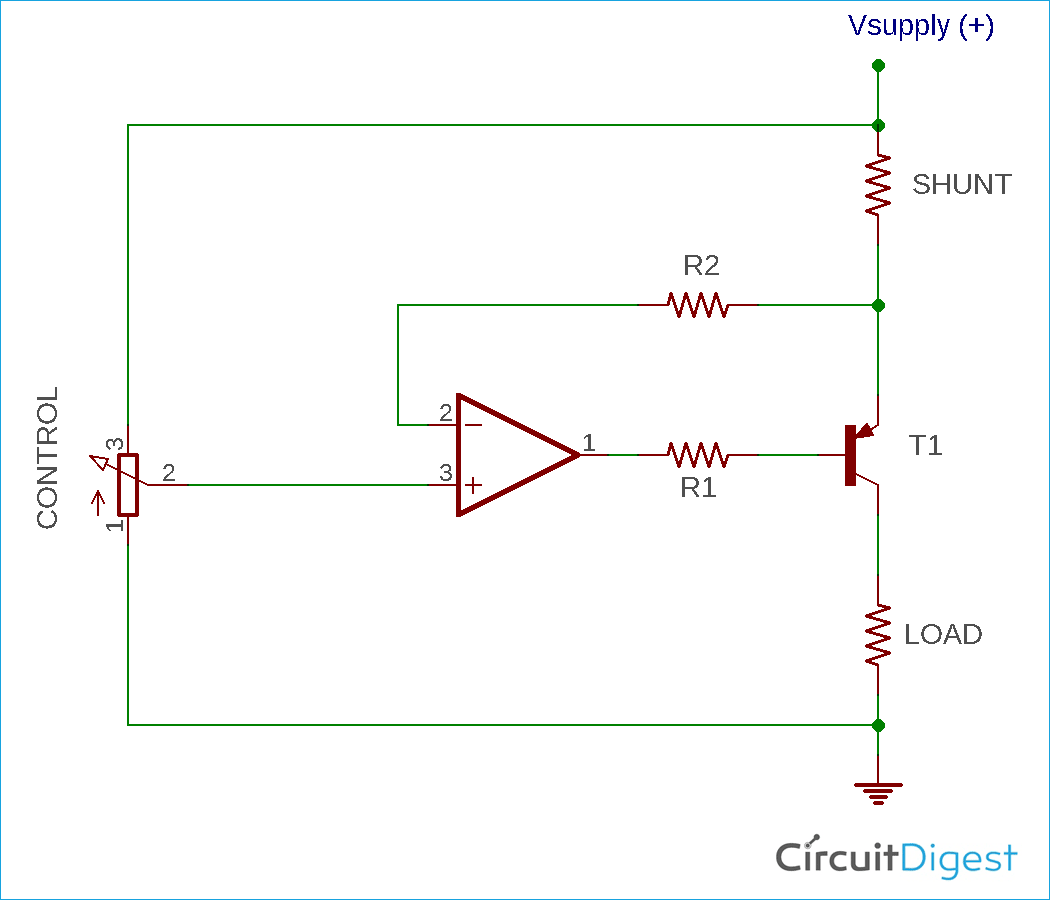 Now, let's build the circuit and check how it works.

Same as the previous tutorial, we will use LM358 as it is very cheap, easy to find, and widely available. However, it has two op-amp channels in one package, but we need only one. We have previously built many LM358 based circuits you can also check them out. The below image is an overview of the LM358 pin diagram.

Next, we need a PNP transistor, BD140 is used for this purpose. Other Transistors will also work, but heat dissipation is an issue. Therefore, the Transistor package needs to have an option to connect an additional heat sink. BD140 pinout is shown in the below image – 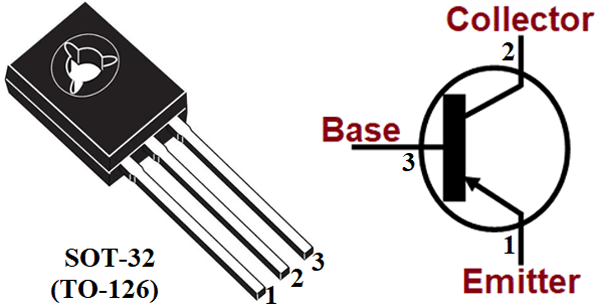 Another major component is the Shunt Resistor. Let's stick into 47ohms 2watt resistor for this project. Detail required components are described in the below list.

The circuit is constructed in a simple breadboard for testing purposes as you can see in the below picture. To test the constant current facility, different resistors are used as a resistive load.

The input voltage is changed using the potentiometer and the current changes are reflected in the load. As seen in the below image, 0.16A current is sunk by the load. You can also check the detailed working in the video linked at the bottom of this page. But, what is exactly happening inside the circuit? 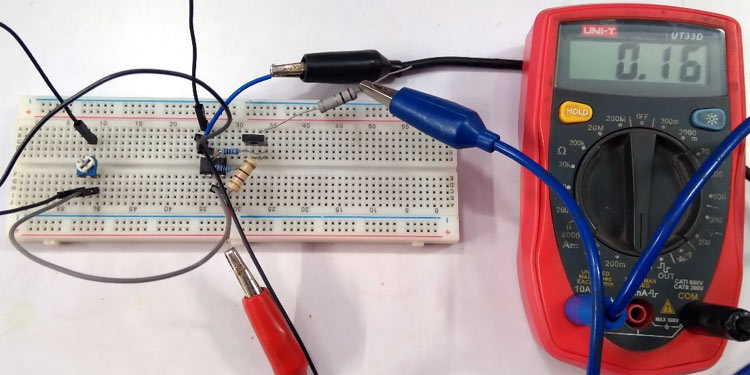 As per the Ohms law, the resistor will only produce an 8V drop when the current flow is 170mA (.17A). This is because Voltage = current x resistance. Therefore, 8V = .17A x 47 Ohms. In this scenario, the connected resistive load which is in series as shown in the schematic will also contribute to the flow of current. The op-amp will turn on the transistor and the same amount of current will be sunk to the ground as the shunt resistor.
Now, if the voltage is fixed, whatever resistive load is connected, the current flow will be the same, otherwise, the voltage across the op-amp will not be the same as the input voltage.

As discussed before, the voltage drop will be the same as the input voltage across the op-amp. Therefore,

If the input voltage is changed, the current sink through the load will also change.

I'm trying to make this

I'm trying to make this circuit and I must be missing something, so a few questions... Vcc and GND on the LM358 are being represented as not hooked up to anything in the schematics - are they connected to 12V? R1 and R2 are not labeled which is which - is R1 1k or 10k?

Hi, Adam. This circuit shows up on two different websites and neither shows which value refers to R1 & R2. I think R1 must be the 1K resistor and the feedback resistor is then 10K. My reasoning is that the current gain of the BD140 transistor is between 40 and 250 from the datasheet I looked at. Assuming we have the lowest gain device with a gain of 40, when Sourav has 160mA flowing through the load and the transistor's collector-emitter circuit, the base current would be 160/40 = 4mA. If R1 were 10K this would drop 40 volts between the op-amp output and the base of the transistor. This is probably more than the supply voltage to the whole circuit which I imagine is 24 to 30 volts maximum. For R1 = 1K this drop is 4 volts which seems to be more reasonable.