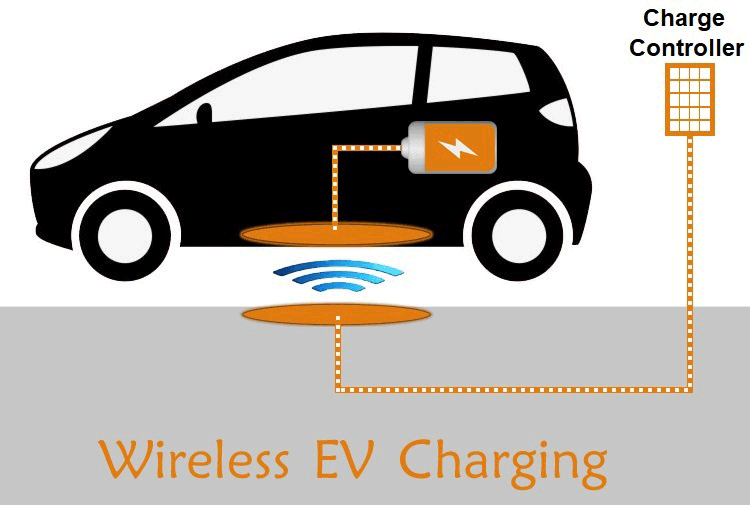 Now a days world is shifting towards electrified mobility to reduce the pollutant emissions caused by nonrenewable fossil fueled vehicles and to provide the alternative to pricey fuel for transportation. But for electric vehicles, traveling range and charging process are the two major issues affecting it’s adoption over conventional vehicles.

With the introduction of Wire charging technology, no more waiting at charging stations for hours, now get your vehicle charged by just parking it on parking spot or by parking at your garage or even while driving you can charge your electric vehicle. As of now, we are very much familiar with wireless transmission of data, audio and video signals so why can’t we transfer power over the Air. 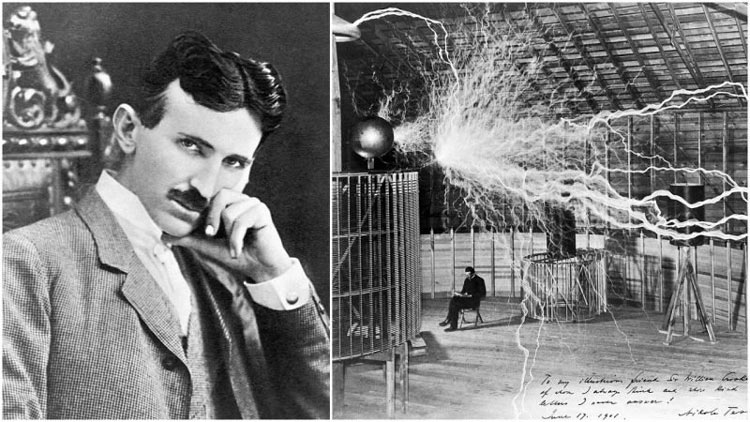 Basic principle of wireless charging is same as transformer working principle. In wireless charging there are transmitter and receiver, 220V 50Hz AC supply is converted into High frequency alternating current and this high frequency AC is supplied to transmitter coil, then it creates alternating magnetic field that cuts the receiver coil and causes the production of AC power output in receiver coil. But the important thing for efficient wireless charging is to maintain the resonance frequency between transmitter and receiver. To maintain the resonant frequencies, compensation networks are added at both sides. Then finally, this AC power at receiver side rectified to DC and fed to the battery through Battery Management System (BMS). 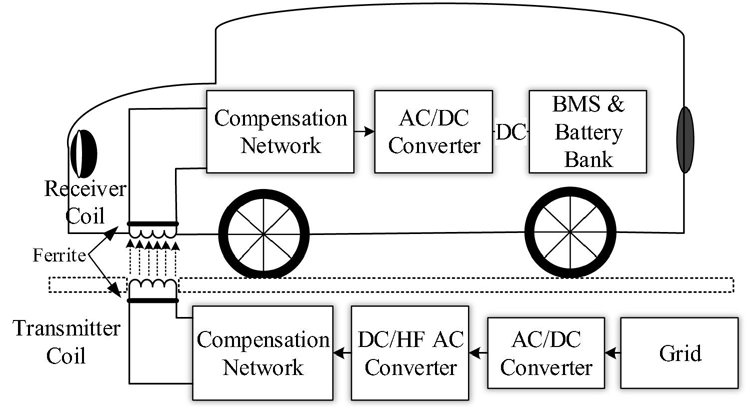 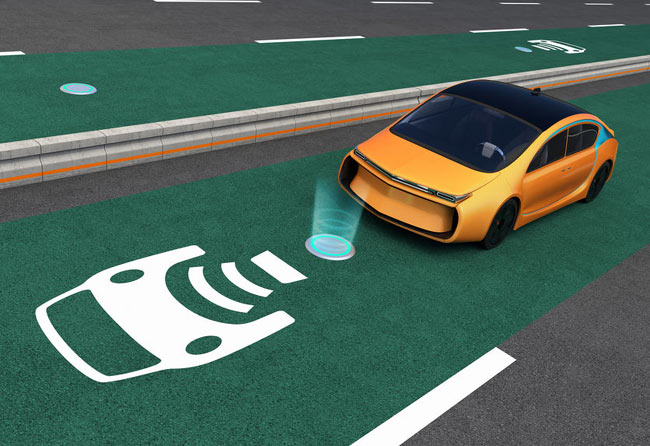 Based on the application, Wireless charging systems for EV can be distinguished into two categories,

As the name indicates, the vehicle gets charged when it remains static. So here we could simply park the EV at the parking spot or in garage which is incorporated with WCS. Transmitter is fitted underneath the ground and receiver is arranged in vehicle’s underneath. To charge the vehicle align the transmitter and receiver and leave it for charging. The charging time depends on the AC supply power level, distance between the transmitter & receiver and their pad sizes.

This SWCS is best to build in areas where EV is being parked for a certain time interval. 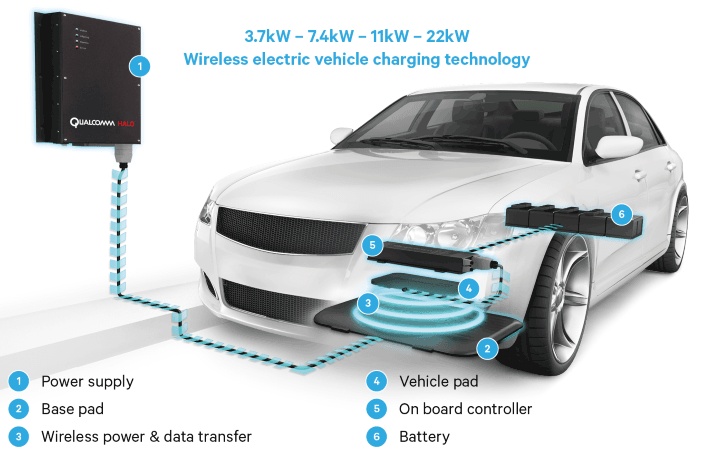 As the name indicates here vehicle get charged while in motion. The power transfers over the air from a stationary transmitter to the receiver coil in a moving vehicle. By using DWCS EV's travelling range could be improved with the continuous charging of its battery while driving on roadways and highways. It reduces the need for large energy storage which further reduce the weight of the vehicle. 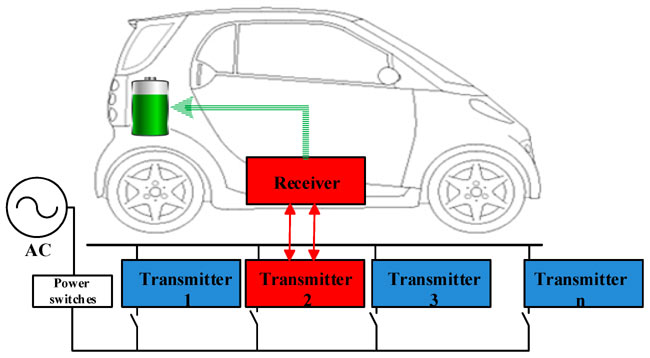 Based on operating Techniques EVWCS can be classified into four types

Wireless transfer of energy between transmitter and receiver is accomplished by means of displacement current caused by the variation of electric field. Instead of magnets or coils as transmitter and receiver, coupling capacitors are used here for wireless transmission of power. The AC voltage first supplied to power factor correction circuit to improve efficiency and to maintain the voltage levels and to reduce the losses while transmitting the power. Then it is supplied to an H-bridge for the High-frequency AC voltage generation and this high frequency AC is applied to transmitting plate which causes the development of oscillating electric field that causes displacement current at receiver plate by means of electro static induction.

The AC Voltage at receiver side is converted to DC to feed the battery through BMS by rectifier and filter circuits. Frequency, voltage, size of coupling capacitors and air-gap between transmitter and receiver affects the amount of power transferred. It’s operating frequency is between 100 to 600 KHz.

Here transmitter and receiver each consist of armature winding and synchronized permanent magnets inside the winding. At transmitter side operation is similar to motor operation. When we apply the AC current to transmitter winding it induces mechanical torque on transmitter magnet causes it's rotation. Due to the magnetic interaction change in transmitter, PM field causes torque on receiver PM which results it's rotation in synchronous with transmitter magnet. Now change in receiver permanent magnetic field causes the AC current production in winding i.e, receiver acts as generator as mechanical power input to the receiver PM converted into electrical output at receiver winding. The coupling of rotating permanent magnets is referred as magnetic gear. The generated AC power at receiver side fed to the battery after rectifying and filtering through power converters.

Basically resonators having high Quality factor transmit energy at much higher rate, so by operating at resonance, even with weaker magnetic fields we can transmit the same amount of power as in IWC. The power can be transferred to long distances without wires. Max transfer of power over the air happens when the transmitter and receiver coils are tuned i.e., both coils resonant frequencies should be matched. So to get good resonant frequencies, additional compensation networks in the series and parallel combinations are added to the transmitter and receiver coils. This additional compensation networks along with improvement in resonant frequency also reduces the additional losses. Operating frequency of RIWC is between 10 to 150 KHz.

Wireless charging makes EV to charge without any need of plug in. If every company makes its own standards for wireless charging systems that won’t compatible with other systems then it won’t be a good thing. So to make wireless EV charging more user friendly Many international organizations like International Electro Technical Commission (IEC), the Society of Automotive Engineers