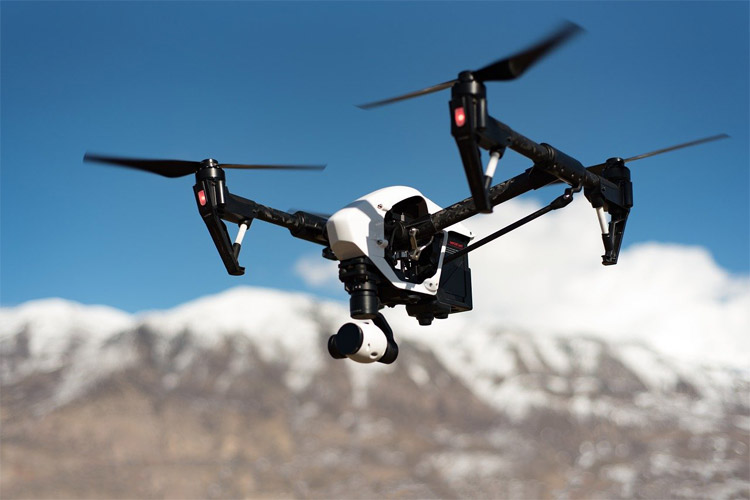 The drone/UAV market has gained immense popularity over the past few years owing to the increase in their commercial applications along with their slashing prices. Today there are many different types of drones, being used in multiple applications, from indoor to outdoor inspections, and have gained major prominence. We have previously discussed how drone delivery can impact the shipping industry and the recent pandemic (COVID-19) has also shown us that using drones to fight pandemic is also practical.

Benefits like lowered labor costs, minimal technical challenges, improved visibility, and reduced downtime have facilitated the rising demand for drones. From inspection, aerial surveying, and thermal imaging, niche inspection-related application or services are making optimum use of the UAVs to ease the otherwise daunting and time-consuming job.

Not only this, there is an increased number of collaborations taking place between technology leaders, governments of various countries, and industry players. The optimum utilization of drones is bound to witness a transformative change in the coming years. The benefits of drone technology are influencing the growth potential of the commercial drone/UAV market, which is expected to reach more than USD 17 billion by 2024.

Drone Regulations – Should you worry about it?

If you are a drone enthusiast who has recently brought a drone or planning to buy one, here are certain rules and regulations that you need to be aware of. If you are flying the drone for fun, there are lesser restrictions. On the other hand, if you are planning to fly a drone for commercial purposes, you need to pass the test and receive certification for the same.

If you are in the US, you need to first pass the FAA test and get Part 107 certification. Once certified, you will be able to use the drone to capture aerial images and videos. If your drone is 250 gm (8.8 ounces), there is the need to get an FAA identification number. It will cost you five dollars for three years' registration.

The rules say that you can fly a drone at or below 400 feet, you need to keep your drone within sight and not fly in the restricted airspace or near any other aircraft, especially near airports. Besides, you cannot fly over groups of people, over stadiums, or sports events, near emergency areas where incidents like fires have occurred. These are some simple rules that every drone enthusiast must know. 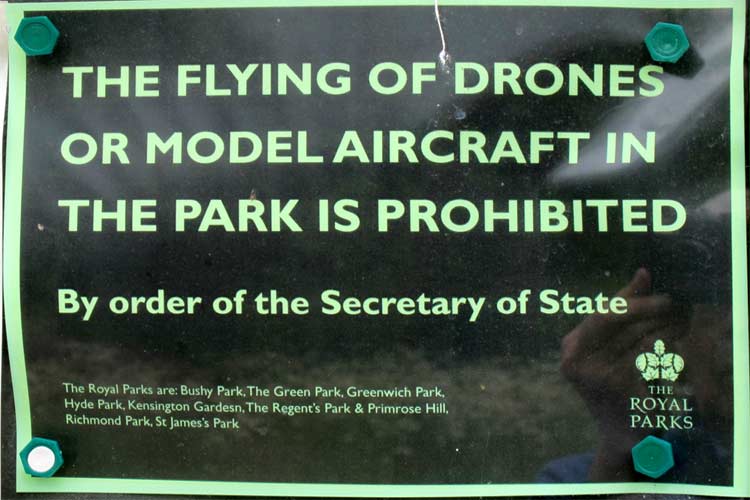 Talking about the rules and regulations for flying a drone in India, don’t fly drones without seeking the appropriate permission from authorities. Obtaining proper permission from authorities before flying can save you from all legal headaches. There is the No Permission, No Takeoff (NPNT) system in India that drone pilots need to follow, which means before flying a drone, each time via mobile app, one needs to take permission. All drone users need to request permission for a flight on India’s Digital Sky Platform.

Important Rules and Regulations for Flying a Drone in India

Other than the above-mentioned rules and regulations to fly drones, India has specific requirements regarding the features of the drones that fall in different categories except those in the nano category). GPS, Return-to-home (RTH), anti-collision light, ID plate, flight controller with flight data logging capability, and RF-ID and SIM/No Permission No Takeoff (NPNT) are the mandatory features that a drone must include to qualify for being flown

ePlane is the Chennai Based aviation and aerospace company working towards developing technologies for urban aerial mobility. Mr. Satyanarayanan Chakravarthy who is a professor of Aerospace Engineering at the Indian Institute of Technology Madras is the co-founder of the company.

Curious to get the information from the person who is working in the same field and shall be well versed with the rules and regulations for flying drones, we had a word with Mr. Chakravarthy. Giving valuable insight on the same, he said:

“The rules and regulations for flying the drone are not the same globally, but they are independently evolving to different levels in different countries. In terms of acceptance in India, drones in the small category were recognized by the Directorate General of Civil Aviation (DGCA) for line-of-sight piloted operations such as aerial photography, mapping, and survey, as of 1 Dec 2018. There are some specific regulations such as the No-permission No-takeoff protocol to be implemented on the Digital Sky Platform, a unique ID based on a SIM card on the drone, etc. As a next step, DGCA has recently recognized 13 consortia to carry out Beyond Visual Line of Sight (BVLOS) experiments with multi-copter drones in remotely piloted operations over distances of the order of 5 km.

After these experiments are conducted, regulations are expected to be developed for compliance by such drone operators broadly within the above restrictions. Truly long-distance and autonomous flying of drones of the small category and beyond, including fixed-wing and hybrid VTOL-fixed wing aerial vehicles will have wait for some more time to obtain clearances. In other countries, the use of drones is at different levels of acceptance. In general, the present frontier is on delivery drones. In many countries, delivery drones are being allowed outside urban areas.

Recently, EASA has initiated activity for BVLOS trials in urban areas as well, taking into account the possibility of a dynamically changing environment. Drones are also to be certified for commercial activity. In India, about 5 companies had their drones certified by the DGCA before having a third party certifying agency undertake that activity henceforth, largely based on a self-certifying approach. In the US, Amazon and a few other companies have had their drones certified by the FAA for delivery applications. In the future, as the skies potentially get crowded particularly with delivery drones, drone corridors are likely identified for their harmonious coexistence with general aviation flight paths.”

You can also check out his previous interview, where he discusses how his company E-plane is working on Autonomous Electric Aerial Vehicles to gear up for future Transportation systems.  As far as drone insurance is concerned, if you are flying a drone for recreational purposes, it is not important to get the insurance done though it is highly recommended. If your drone accidentally causes damage to the property or physical harm, the injured party can hold you liable for which you can be charged a hefty amount.

Wrapping it up, it can be said that, if you earn money with your drone, you must comply with the rules for commercial use of drones and get the necessary licenses. Abiding by the rules and regulations, any drone enthusiast can fly the drone and get the purpose solved. If you don’t follow the rules, you can be given a warning or a fine; quite possible that your drone might get confiscated. The amount of the fine or the type of penalty depends on the nature of the offense. If you break one of the rules, you may be asked to pay the penalty either in the form of a fine or your drone might be confiscated.