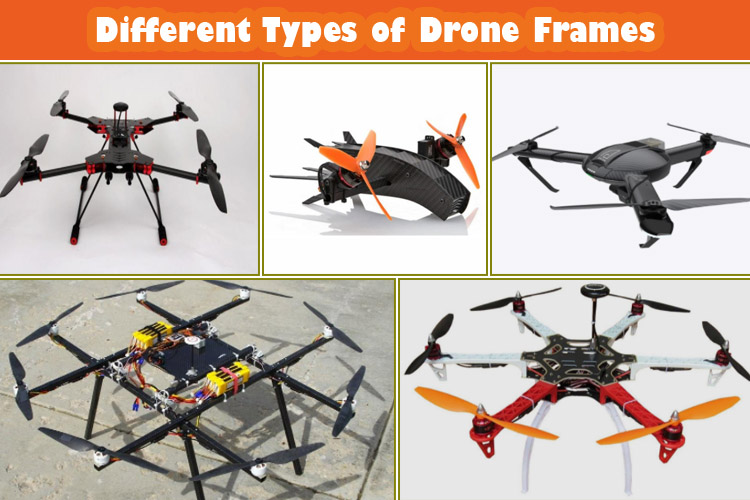 There are so many types of drones that are available in the market and each of them serves a different purpose so we cannot define any set criteria for their classification. As you already know that drones have different number of propellers. The majority of commercial drones (or multi-copters) in the market today are quadcopters, which means they contain four motors. On the other hand, Quadcopters aren't the only type of drone, and not all drones have four motors. The number of motors and the design of the frame has a significant impact on the characteristics of a drone. These have an impact on stability, flight time, speed, and almost every other aspect of a drone. In this article, we are going to discuss all types of drones on the basis of the number of propellers.

Monocopters are the type of drone which has only one motor and using a single motor, we can move our drone in upward and downward directions only. Monocopters are ruled out by this basic concept since an airflow difference cannot be created to direct the drone. The drone will lift off and fly, but yaw, rudder, and roll motions are not possible for monocopter. Increasing the number of motors also helps to stabilize the drone. If additional motors, more wings are added, and the angle between the arms is lowered, this results in more airflow. Higher motors lift more weight capacity, which means you can carry more gear with your drone.

Bicopters typically have two fixed-pitch propellers, one clockwise (CW) and the other counterclockwise (CCW). Control is achieved by varying the speed of each rotor independently and it is possible to generate a desired total thrust. Place the center of thrust both laterally and longitudinally, and create a desired total torque, or turning force, by altering the speed of each rotor.

The propellers on a bi-copter rotate in the opposite direction. These propeller pairs will create lifting thrust without rotating in the same direction. Each rotor generates power and torque along its axis of rotation, as well as a drag force in the opposite direction of the vehicle's flight path. The net aerodynamic torque, and the angular acceleration along the yaw axis, are exactly zero if all rotors spin at the same angular velocity.

Tricopters typically have three fixed-pitch propellers. These can fly in more directions than bicopters and can also carry a substantial load. Tricopters have three motors in a Y or T configuration, with the motors sitting in the distal part of the limbs. If you get your hands on a tricopter, you'll notice that it has a lot more stability than a bicopter because of the extra blade. Although, even in a light breeze, a tricopter can become unsteady. Tricopters are more stable than quadcopters, but they lack the speed and performance of quadcopters.

In comparison to a quadcopter, a tricopter has more yaw authority which means that when a quadcopter or hexacopter yaws, half of the motors slow down while the other half speeds up. If the copter is flying at maximum speed (all motors on), it will have to slow down to achieve yaw. On the other hand, a tricopter employs a servo to achieve yaw, therefore it loses less thrust in the same situation.

The quadcopter is indeed the most popular multi-copter. Everyone loves quadcopter, whether it's a DIY maker or a professional drone manufacturer because it's been demonstrated that four is the optimal number for balancing price, performance, stability, and flying time. A quadcopter is a multi-rotor drone with 4 motors attached. This Drone stabilizes its flight using an electronic sensor and control system. There are three types of quadcopters - Plus shape quadcopter, Cross shape quadcopter, and H shape quadcopter.

All the shapes are stable in forward flight, but quadcopter requires a yaw control input in forward flight. Yaw control authority is identical for all configurations but the pitch and roll control authority is about 30% greater in the case of cross configuration. H-frame drones were the first and the most popular drones. They can handle a lot of FPV gear while running on a LiPo battery. They feature a wider base, which ensures that they roll steadily. H-frame drone batteries tend to survive longer since their location prevents them from being readily damaged. It's also the best drone frame for racing because it has lots of room for easy construction and changes.

The hexacopter has six propellers that are placed in a circle around the hexacopter's main body. The machine's bottom has a pair of leg-like appendages that allow it to land safely on the ground. Because of its six propellers, the quadcopter is a more powerful flyer than the quadcopter and can carry bigger loads. The hexacopter has a substantial advantage that even if one of the propellers fails, the craft can still fly because of the other five propellers. This implies that if one of the propellers fails, the drone will not crash to the ground, causing damage to the equipment attached to it. The contraption will not be able to fly if two propellers fail, but it will stay stable enough to land safely.

A hexacopter can go quicker and reach higher altitudes than a quadcopter. Because hexacopters are more expensive, these are typically employed to transport more valuable cargo that cannot be destroyed in the event of a crash. They are also larger and more complex to assemble and store than quadcopters. 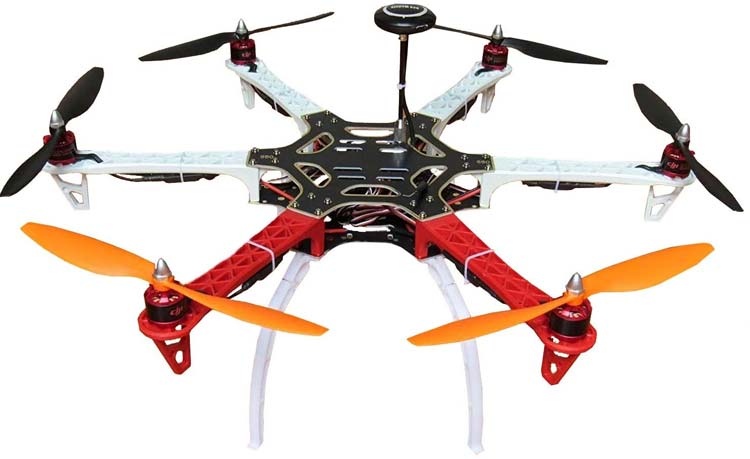 This is the drone with eight propellers and is significantly more powerful than either a quadcopter or a hexacopter. In comparison to previous drones, these can fly higher, move faster, and carry heavier payloads. The octocopter is also extremely steady in the air, allowing it to capture footage with high-quality graphics and minimal shaking. These are considered the cream of the crop when it comes to drones because of their high performance value. They're utilized for highly specialized tasks that may require them to travel through rain or heavy gusts. The machine's robustness allows it to withstand severe weather without being thrown off course. Even if two or three propellers are destroyed, the drone will continue to fly.

When it comes to attaching costly cameras or delicate cargo to drones, the octocopter is the greatest option because it has the best chance of keeping the payload secure and completing the job on schedule. The octocopter is frequently used in movies and television shows that require high-altitude shots. Because the equipment is so enormous, keeping it in your home might be a hassle. Additionally, caution should be exercised when carrying the drone in your car or truck to avoid damage. Because the octocopter consumes a lot of power, it can't stay in the air for very long before needing to land to recharge. If you want to use the octocopter, keep extra batteries in case the drone runs out of power before the job is finished. 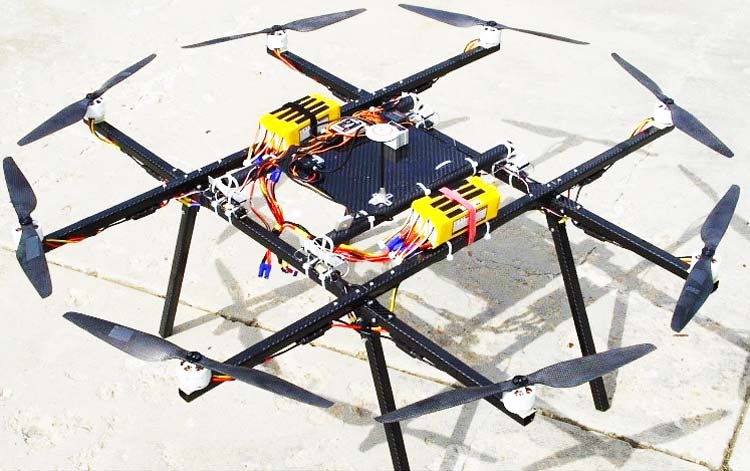 As you can see, each of these drone types has its own set of advantages and disadvantages. While the quadcopter is inexpensive and small in size which makes it ideal for amateurs and carrying small electronics, it lacks the strength to handle greater payloads. The hexacopter is more stable and can continue to fly even if one of its motors fails. It can also fly higher and carry heavier payloads than a quadcopter. Finally, the octocopter is the most powerful of the three drones and is capable of reaching enormous heights while transporting large cargoes. However, it is the most expensive drone to purchase and requires continual charging. Now that you know the advantages and disadvantages of each type of drone, you can choose the one that best suits your requirements and provides the level of service you seek while staying within your budget.