2 Blade vs 3 Blade Propeller: Which is Better for your Drone? 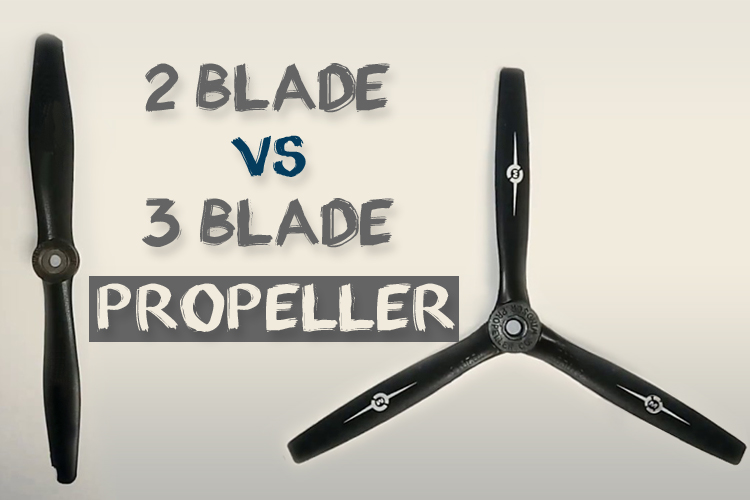 A common debate in the drone world is whether a two-bladed propeller is better than a three-bladed propeller, and vice versa. 2 blade props make more sense when speed and efficiency are priorities, and they are commonly employed in lightweight drones with less powerful motors. If you want additional force and flight stability, like with bigger drones, 3 blade propellers are the way to go. In this article, we are going to see a comparison between both types of propellers.  And for you to better understand we’ll be talking about the characteristics, advantages, and disadvantages of each of them. We have used a two-blade propeller in our DIY Drone project, you can check it out if interested.

What is a Propeller?

So, let’s start with a simple question: What is a Propeller? A Propeller is mounted on top of each brushless motor. It’s is the most important part of drones like wheels in the car. Without a propeller, drones cannot fly. Propellers come in many sizes and shapes, these may have two or three blades. Every propeller has two important things one is Pitch and the other is the diameter. Propeller’s blades are described by

Diameter is the distance across the circle made by the blade tips as the propeller rotates or we can say it is the vertical length of the propeller. 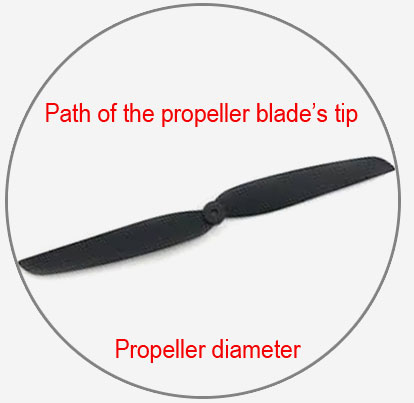 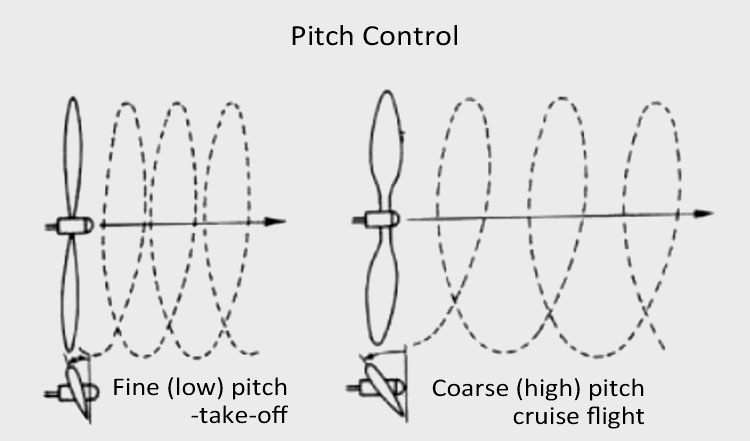 Diameter gives area but pitch gives an effective area. If we use a higher pitch propeller for the same diameter, the propeller will generate more thrust and lift more weight but it will also require more power. A high RPM provides more speed and maneuverability but lifts less amount of weight. If we want to fly the drone stably with heavy objects then we should use that motor that manages less revolution but provides more torque for which high pitch propeller should be used. To fly a quadcopter, we need a 1:2 ratio for weight and thrust.

2 blade drone propellers have two blades, as the name says. When all other factors are equal, the mechanical efficiency of a drone's propellers increases as the number of blades reduces, which is why two-blade propellers are more efficient than three-blade propellers. Thrust propels a drone into the air. Thrust allows the drone to overcome drag and its own weight and eventually climb into the sky. While a two-blade prop is more economical, it produces less thrust, making it unsuitable for large drones with powerful engines.

Three blades propeller contains three blades that work together to provide increased thrust. Thrust is important for raising up your drone, and three blades propeller can handle greater weight because of more thrust. Manufacturers frequently employ three-blade props on bigger drones since they have more powerful motors and require a lot of force to achieve lift. Due to the tremendous thrust generated by 3 blade props, they are also more stable, which is why 3 blade prop drones feel more gripping when doing fast maneuvers.

Another feature of three blades propeller is that they can fly smoothly even if they aren't completely balanced. This is in contrast to two-blade props, which must be completely balanced and in excellent condition in order to fly smoothly; otherwise, they will begin to produce unpleasant vibrations when spinning.

where D is the diameter of the propeller

P is the pitch of the propeller

For given two blade propeller,

For given three blade propeller,

We can say for the same system we have to use three blades propeller of diameter 8 inches.

Three-blade propellers are not such famous as compared to two-blade propellers. As you may be aware, manufacturers, regardless of industry, are under pressure to make smaller, more portable things. The drone industry is no different. Manufacturers may easily construct foldable and portable drones by using two-blade propellers. To use 3 blade props on a drone, the drone's motors must be powerful enough to drive the prop. Most consumer drones do not have such powerful motors to use of three-bladed propellers because it increases cost. Also, we noted that two blades are quicker, thus they are the prop of choice for racing drones. As a result, expect to see more two-blade prop drones than three-blade prop drones among consumer drones. Three-blade props have their uses. 3 blade props are the prop of choice wherever stability is required, such as for aerial photography or maneuvering.