Different Types of Batteries and their Applications 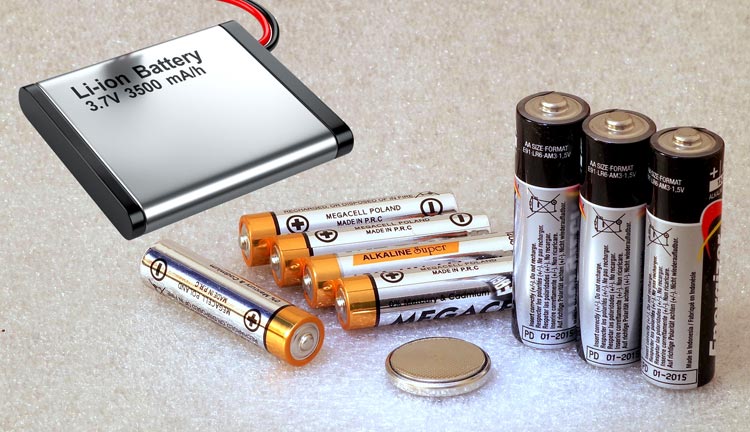 A battery is a collection of one or more cells that go under chemical reactions to create the flow of electrons within a circuit. There is lot of research and advancement going on in battery technology, and as a result, breakthrough technologies are being experienced and used around the world currently. Batteries came into play due to the need to store generated electrical energy. As much as a good amount of energy was being generated, it was important to store the energy so it can be used when generation is down or when there is a need to power standalone devices which cannot be kept tethered to the supply from the mains. Here it should be noted that only DC can be stored in the batteries, AC current can’t be stored.

Battery cells are usually made up of three main components;

The anode is a negative electrode that produces electrons to the external circuit to which the battery is connected. When batteries are connected, an electron build-up is initiated at the anode which causes a potential difference between the two electrodes. The electrons naturally then try to redistribute themselves, this is prevented by the electrolyte, so when an electrical circuit is connected, it provides a clear path for the electrons to move from the anode to the cathode thereby powering the circuit to which it is connected. By changing the arrangement and material used to build the Anode, Cathode and Electrolyte we can achieve many different types of battery chemistries enabling us to design different types of battery cells. In this article lets understand the different types of batteries and their uses, so let's get started.

Batteries generally can be classified into different categories and types, ranging from chemical composition, size, form factor and use cases, but under all of these are two major battery types;

Let's take a deeper look to understand the major differences between a Primacy cell and Secondary  Cell.

Primary batteries exist in different forms ranging from coin cells to AA batteries. They are commonly used in standalone applications where charging is impractical or impossible. A good example of which is in military grade devices and battery powered equipment. It will be impractical to use rechargeable batteries as recharging a battery will be the last thing in the mind of the soldiers. Primary batteries always have high specific energy and the systems in which they are used are always designed to consume low amount of power to enable the battery last as long as possible. 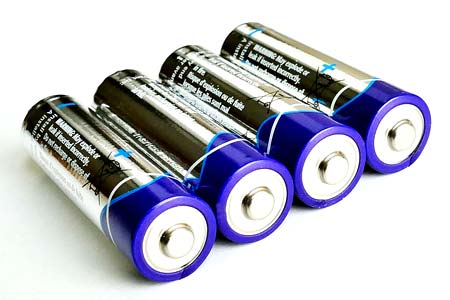 The most popular type of primary batteries are alkaline batteries. They have a high specific energy and are environmentally friendly, cost-effective and do not leak even when fully discharged. They can be stored for several years, have a good safety record and can be carried on an aircraft without being subject to UN Transport and other regulations. The only downside to alkaline batteries is the low load current, which limits its use to devices with low current requirements like remote controls, flashlights and portable entertainment devices.

Secondary batteries are batteries with electrochemical cells whose chemical reactions can be reversed by applying a certain voltage to the battery in the reversed direction. Also referred to as rechargeable batteries, secondary cells unlike primary cells can be recharged after the energy on the battery has been used up.

They are typically used in high drain applications and other scenarios where it will be either too expensive or impracticable to use single charge batteries. Small capacity secondary batteries are used to power portable electronic devices like mobile phones, and other gadgets and appliances while heavy-duty batteries are used in powering diverse electric vehicles and other high drain applications like load levelling in electricity generation. They are also used as standalone power sources alongside Inverters to supply electricity. Although the initial cost of acquiring rechargeable batteries is always a whole lot higher than that of primary batteries but they are the most cost-effective over the long-term.

Secondary batteries can be further classified into several other types based on their chemistry. This is very important because the chemistry determines some of the attributes of the battery including its specific energy, cycle life, shelf life, and price to mention a few.

The following are the different types of rechargeable batteries that are commonly used.

The nickel–cadmium battery (NiCd battery or NiCad battery) is a type of rechargeable battery which is developed using nickel oxide hydroxide and metallic cadmium as electrodes.  Ni-Cd batteries excel at maintaining voltage and holding charge when not in use. However, NI-Cd batteries easily fall a victim of the dreaded “memory” effect when a partially charged battery is recharged, lowering the future capacity of the battery. 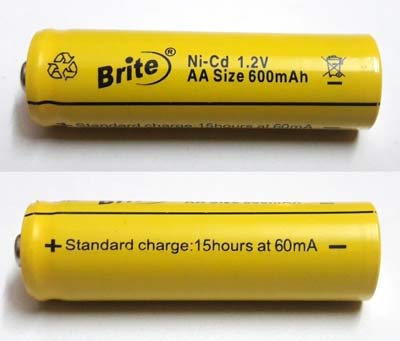 In comparison with other types of rechargeable cells, Ni-Cd batteries offer good life cycle and performance at low temperatures with a fair capacity but their most significant advantage will be their ability to deliver their full rated capacity at high discharge rates. They are available in different sizes including the sizes used for alkaline batteries, AAA to D. Ni-Cd cells are used individual or assembled in packs of two or more cells. The small packs are used in portable devices, electronics and toys while the bigger ones find application in aircraft starting batteries, Electric vehicles and standby power supply.

Some of the properties of Nickel-Cadmium batteries are listed below.

Nickel metal hydride (Ni-MH) is another type of chemical configuration used for rechargeable batteries. The chemical reaction at the positive electrode of batteries is similar to that of the nickel–cadmium cell (NiCd), with both battery type using the same nickel oxide hydroxide (NiOOH). However, the negative electrodes in Nickel-Metal Hydride use a hydrogen-absorbing alloy instead of cadmium which is used in NiCd batteries 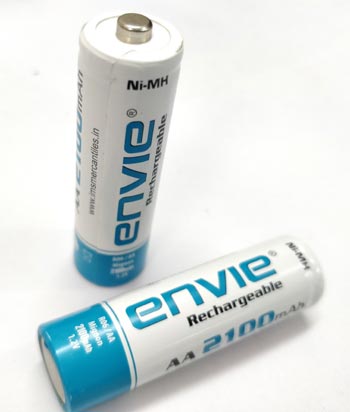 NiMH batteries find application in high drain devices because of their high capacity and energy density. A NiMH battery can possess two to three times the capacity of a NiCd battery of the same size, and its energy density can approach that of a lithium-ion battery. Unlike the NiCd chemistry, batteries based on the NiMH chemistry are not susceptible to the “memory” effect that NiCads experience.

Below are some of the properties of batteries based on the Nickel-metal hydride chemistry;

Lithium-ion batteries are one of the most popular types of rechargeable batteries. There are many different types of Lithium batteries, but among all the lithium-ion batteries are the most commonly used. You can find these lithium batteries being used in different forms popularly among electric vehicles and other portable gadgets. If you are curious to know more about batteries used in Electric vehicles, you can check out this article on Electric Vehicle Batteries.     They are found in different portable appliances including mobile phones, smart devices and several other battery appliances used at home. They also find applications in aerospace and military applications due to their lightweight nature.

Lithium-ion batteries generally possess high energy density, little or no memory effect and low self-discharge compared to other battery types. Their chemistry alongside performance and cost vary across different use cases, for example, Li-ion batteries used in handheld electronic devices are usually based on lithium cobalt oxide (LiCoO2) which provides high energy density and low safety risks when damaged while Li-ion batteries based on Lithium iron phosphate which offer a lower energy density are safer due to a reduced likelihood of unfortunate events happening are widely used in powering electric tools and medical equipment. Lithium-ion batteries offer the best performance to weight ratio with the lithium sulphur battery offering the highest ratio.

Some of the attributes of lithium-ion batteries are listed below;

Lead-acid batteries are a low-cost reliable power workhorse used in heavy-duty applications. They are usually very large and because of their weight, they’re always used in non-portable applications such as solar-panel energy storage, vehicle ignition and lights, backup power and load levelling in power generation/distribution. The lead-acid is the oldest type of rechargeable battery and still very relevant and important into today’s world. Lead-acid batteries have very low energy to volume and energy to weight ratios but it has a relatively large power to weight ratio and as a result, can supply huge surge currents when needed. These attributes alongside its low cost make these batteries attractive for use in several high current applications like powering automobile starter motors and for storage in backup power supplies. You can also check out the article on Lead Acid Battery working if you want to know more about the different types of Lead-acid batteries, its construction and applications. 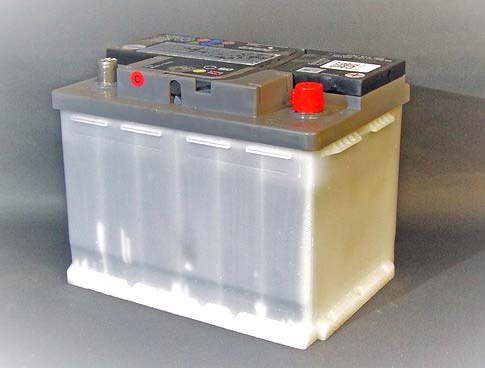 Each of these batteries has its area of best fit and the image below is to help choose between them. 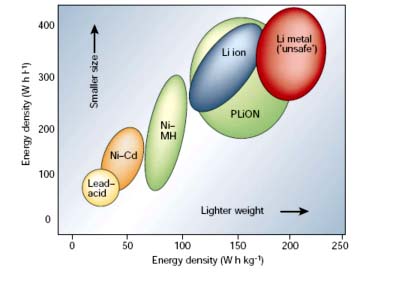 Selecting the right battery for your application

One of the main problems hindering technology revolutions like IoT is power, battery life affects the successful deployment of devices that require long battery life and even though several power management techniques are being adopted to make the battery last longer, a compatible battery must still be selected to achieve the desired outcome.

Below are some factors to consider when selecting the right type of battery for your project.

1. Energy Density:  The energy density is the total amount of energy that can be stored per unit mass or volume. This determines how long your device stays on before it needs a recharge.

3. Safety: It is important to consider the temperature at which the device you are building will work. At high temperatures, certain battery components will breakdown and can undergo exothermic reactions. High temperatures generally reduces the performance of most batteries.

4. Life cycle durability: The stability of energy density and power density of a battery with repeated cycling (charging and discharging) is needed for the long battery life required by most applications.

5. Cost: Cost is an important part of any engineering decisions you will be making. It is important that the cost of your battery choice is commensurate with its performance and will not increase the overall cost of the project abnormally.

Please let us know technology spot welding for cells as well as connecting bars &where can we locate for spot weling.