An Overview of Various MEMS Devices and their Applications 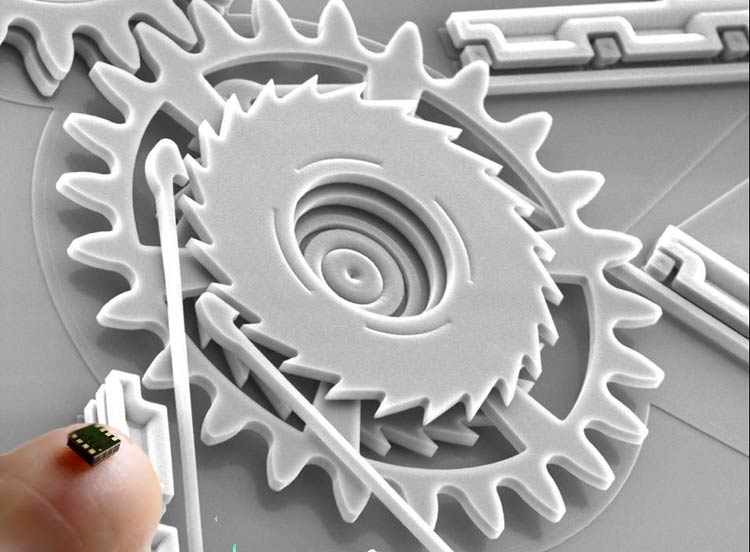 MEMS stands for Micro-Electro-Mechanical Systems and it refers to micrometer-sized devices that have both electronic components and mechanical moving parts. MEMS devices can be defined as the devices which have:

Below is the image of the Mechanical part of a MEMS device under a microscope. This may not look amazing but do you know that the size of the gear is a 10micometer, which is half the size of human hair. So this is quite interesting to know how such complex structures are embedded into a chip-sized only a few millimeters.

This technology was first introduced in the 1965’s but mass production has not started till 1980. At present, there are more than 100billion MEMS devices currently active in various applications and they can be seen in mobile phones, laptops, GPS systems, Automobile, etc.

MEMS technology is incorporated in many electronic components and their number is growing day by day. With the advancement in developing cheaper MEMS devices, we can see them taking over many more applications in the future.

As MEMS devices perform better than normal devices unless a better performing technology comes into play MEMS will stay on the throne. In MEMS technology most notable elements are micro sensors and micro actuators which are appropriately categorized as transducers. These transducers convert energy from one form to another. In the case of microsensors, the device typically converts a measured mechanical signal into an electrical signal and a microactuator converts an electrical signal into mechanical output.

A few typical sensors based on MEMS technology are explained below.

Before going into design let us discuss the working principle used in designing MEMS accelerometer and for that consider a mass-spring set up shown below. 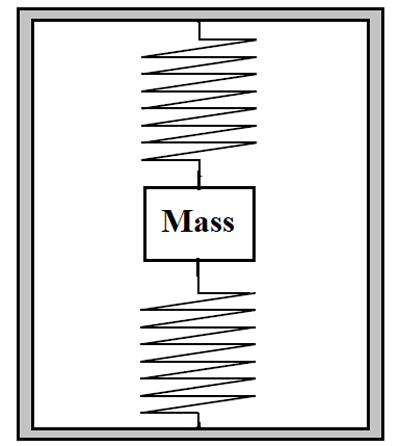 Here a mass is suspended with two springs in a closed space and the setup is considered to be at rest. Now if the body suddenly starts moving forward then the mass suspended in the body experiences a backward force which causes a displacement in its position. And because of this displacement springs get deformed as shown below. 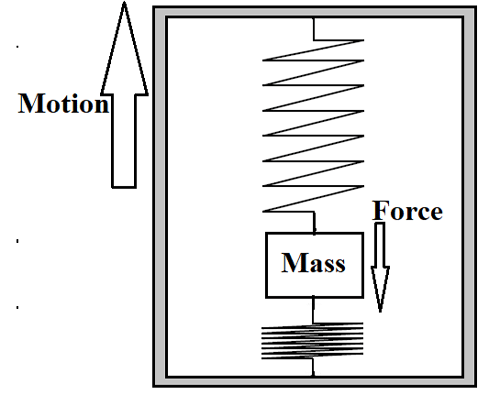 This phenomenon also must be experienced by us when sitting in any moving vehicle like car, bus, and train, etc. so the same phenomenon is used in designing the accelerometers.

Now consider a similar scenario but instead of mass, we will use conductive plates as a moving part attached to the springs. The entire setup will be as shown below. 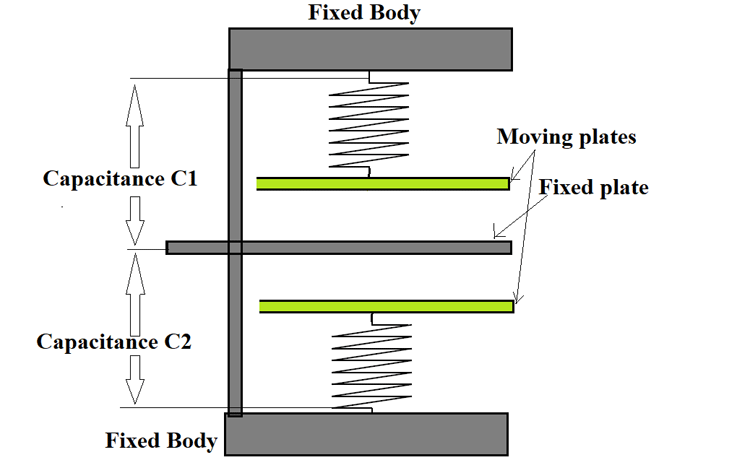 In the diagram, we will consider the capacitance between the top moving plate and a fixed plate:

where d1 is the distance between them.

Here we can see that capacitance C1 value is inversely proportional to the distance between top moving the plate and fixed plate.

The capacitance between the bottom moving plate and fixed plate

where d2 is the distance between them

Here we can see that capacitance C2 value is inversely proportional to the distance between the bottom moving plate and fixed plate.

When the body is at rest both the top and bottom plates will be at equal distance from the fixed plate so capacitance C1 will be equal to capacitance C2. But if the body suddenly moves forward then the plates get displaced as shown below. 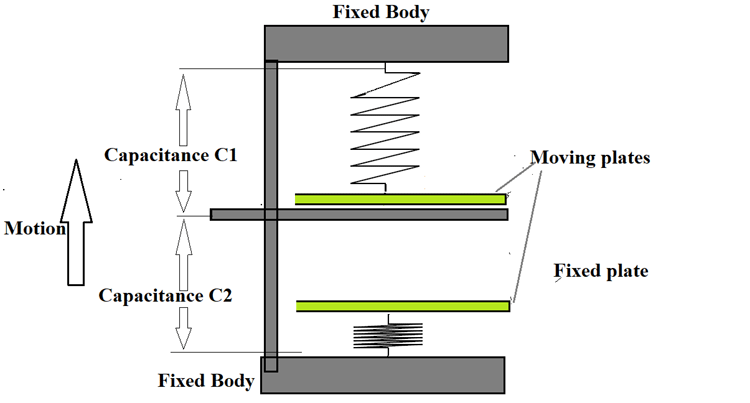 This varying capacitance can be connected to an R-C oscillator or another circuit to get the appropriate current or voltage reading. After getting the desired voltage or current value we can use that data for further analysis easily.

Although this setup can be used for measuring the acceleration successfully it is bulky and not practical. But if we use MEMS technology we can shrink the entire setup to a size of few micrometers making the device more applicable. 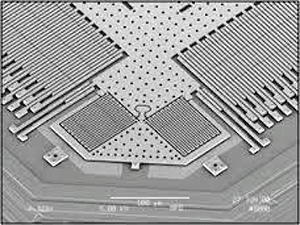 In the above figure, you can see the actual setup used in a MEMS accelerometer. Here the multiple capacitor plates are organized both in a horizontal and vertical direction to measure acceleration in both directions. The capacitor plate is sized to a few micrometers and the entire setup will size up to few millimeters, so we can use this MEMS accelerometer in battery-operated portable devices like smartphones easily. 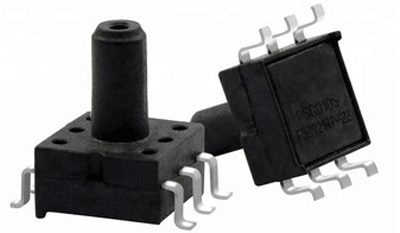 The design of the MEMS microphone is similar to the pressure sensor and the below figure shows the microphone internal structure.

Let us consider the setup is at rest and in those conditions the capacitance between fixed plate and diaphragm is C1. 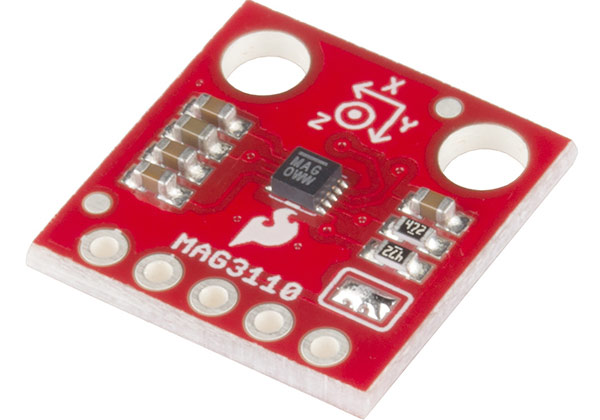 MEMS magnetometer is used for measuring the earth’s magnetic field. The device is constructed on the basis of Hall Effect or Magneto Resistive Effect. Most MEMS magnetometers use Hall Effect, so we will discuss how this method is used to measure the magnetic field strength. For that let us consider a conductive plate and have the ends of one side connected to a battery as shown in the figure. 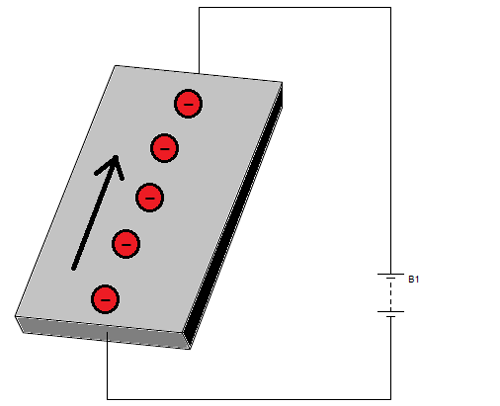 Here you can see the electrons flow direction, which is from the negative terminal to the positive terminal. Now if a magnet is brought near to the top of the conductor then electrons and protons in the conductor get distributed as shown in the below figure. 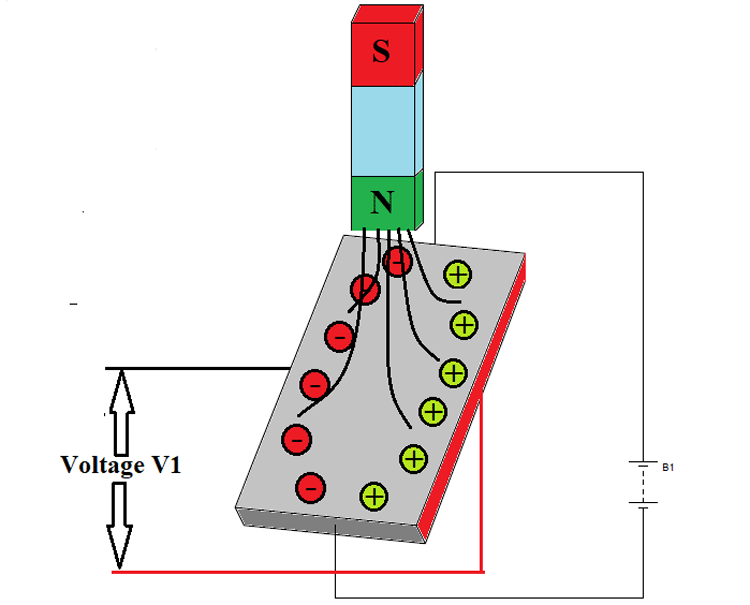 Here protons carrying positive charge get gathered at one side of the plane while electrons carrying negative charge get gathered at the exact opposite side. At this time if we take a voltmeter and connect at both ends then we will get a reading. This voltage reading V1 is proportional to the field strength experienced by the conductor on the top.  The complete phenomenon of voltage generation by applying current and magnetic field is called the Hall Effect.

If a simple system is designed by using MEMS, based on the above model then we will get a transducer that senses field strength and provides linearly proportional electrical output. 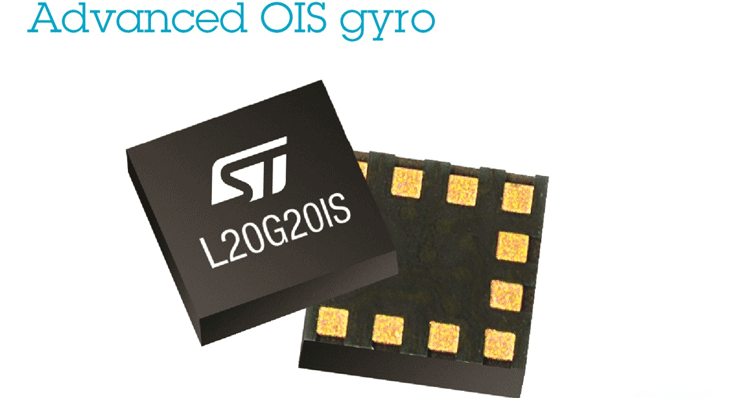 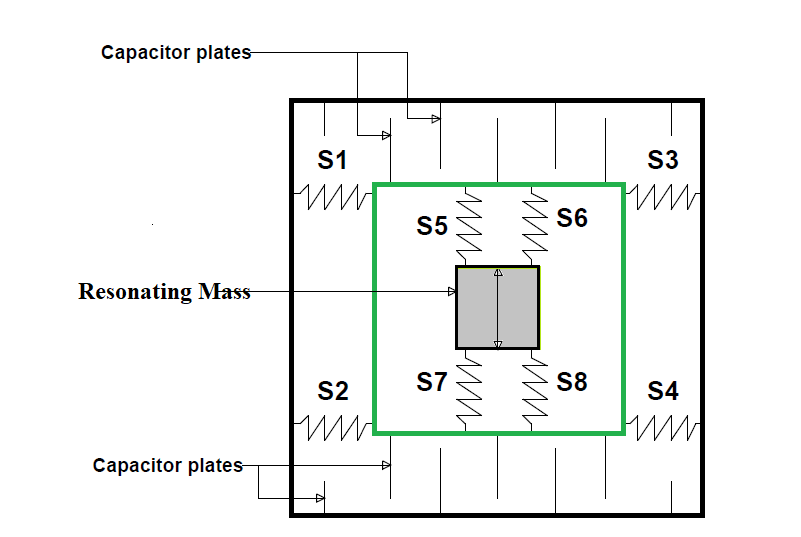 Here S1, S2, S3&S4 are the springs used for connecting the outer loop and second loop. While S5, S6, S7&S8 are springs used for connecting the second loop and mass ‘M’. This mass will be resonating along the y-axis as shown by the directions in the figure. Also, this resonation effect is usually achieved by using the electrostatic force of attraction in MEMS devices.

Under resting conditions, the capacitance between any two plates on the top layer or bottom will be the same, and it will remain the same until there will be a change in distance between these plates.

Suppose if we mount this set up on to a rotating disk then there will be a certain change in the position of plates as shown below. 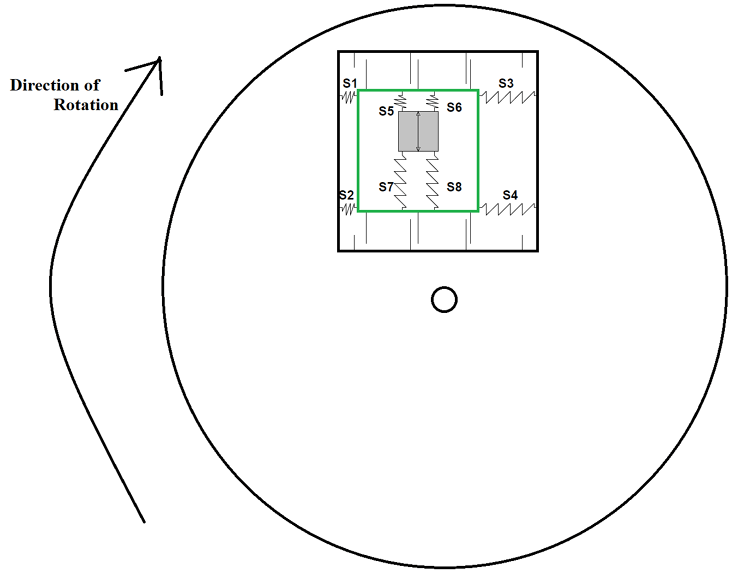 When the setup is installed on a rotating disk as shown, then mass resonating inside the setup will experience a force causing the displacement in the inner setup. You can see all the four springs S1 to S4 being deformed because of this displacement. This force experienced by resonating mass when suddenly placed on a rotating disk can be explained by the Coriolis Effect.

If we skip the complex details, then it can be concluded that because of the sudden change in direction there is displacement present in the inner layer. This displacement also causes the distance between capacitor plates on both the bottom and top layers to change. As explained in previous examples change in distance causes the capacitance to change.

And we can use this parameter to measure the rotational speed of the disk on which the device is placed.

Many other MEMS devices are designed using MEMS technology and their number is also increasing every day. But all these devices carry a certain similarity in working and design, so by understanding the few examples mentioned above we can easily understand the working of other similar MEMS devices.