LM35 Temperature Sensor Not Working? - Here is what you should do… 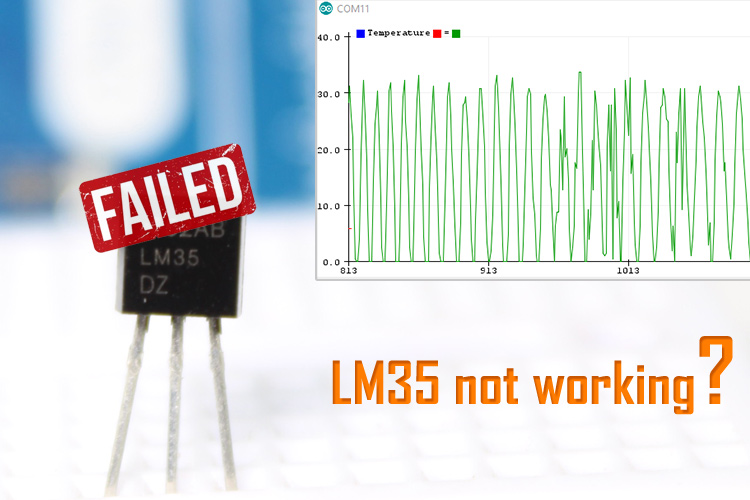 For one of our projects, we tried to Interface LM35 Temperature Sensor with Arduino but were unable to do so. Yes, what seemed like an easy task became a whole day's effort. We initially assumed the sensor was defective, but after testing about 15 sensors, we saw the same issue over and over again; all of these sensors came from the same lot of 85 sensors we had in the lab. We tried not only to test numerous sensors with Arduino but also to measure the sensor's output with a multimeter, however each sensor we tested gave weird results. After that, we were sure the problem was with the sensor. We tried a bunch of various things and looked through a lot of forum discussions, and discovered that we weren't the only ones who had this issue, and in the end, we weren't able to find a solution.

So today we are writing this article describing our failed attempts and observations in hopes of finding a solution to this problem once in for all.

So, like any other project, we started off with an Arduino and an LM35 Temperature Sensor and we wired it up according to the schematic that is shown below.

The above image is the schematic of LM35 with Arduino made with Fritzing and the actual Hardware Circuit looks something like what is shown below. 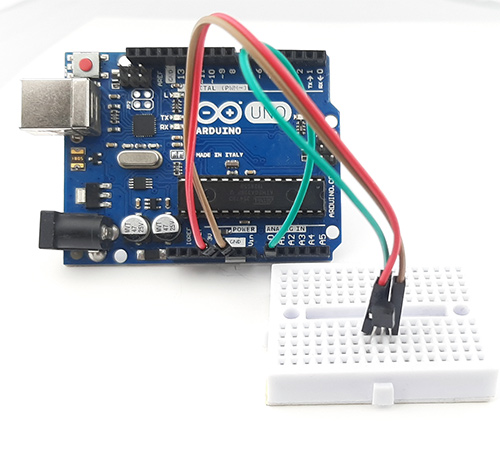 Once the hardware connections are done, we upload the basic sketch to the Arduino UNO (which we have discussed below) and observe the serial monitor window only to see the output is oscillating from 0*C to 35*C. This was the first unusual behavior that we have experienced.

As the values were scrolling away rapidly in the serial monitor window, we decided to open the serial plotter window and we were shocked to observe the sine wave that is being outputted by the sensor. 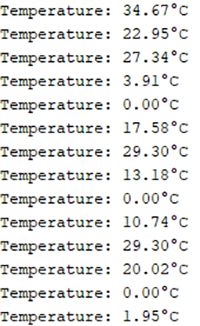 As you can see in the above image, the screenshot of the serial plotter window where the LM35 sensor was connected with an Arduino. According to the schematic, the Arduino was powered with the 5V supply from the laptop.

The datasheet of the LM35 Temperature sensor recommends an RC Damper Circuit and a Decoupling Capacitor. So, as you can see in the fritzing diagram above, we did exactly that. 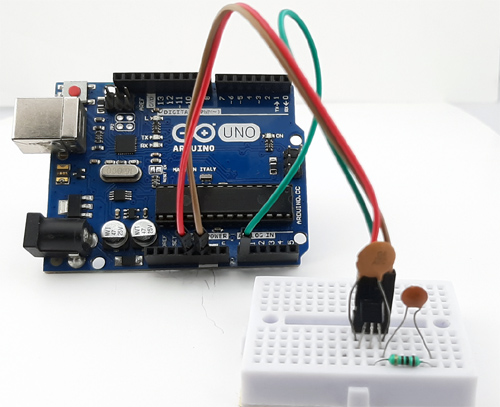 As you can see it did not change anything since the output current coming out of the LM35 temperature sensor is very low and the output capacitor is charging very slowly, so we got a result like what is shown above.

Now as we have seen the problems regarding the sensor, let's look at the code that was used to measure the temperature data. To read the LM35 Temperature Sensor data, we have to use an analog pin of the Arduino because the output of the sensor is analog.

We start off by defining the analog pin for the Arduino.

Next, we have our loop function; in the loop function, we read the raw data coming out of the sensor and store that into the variable raw_adc_data variable.

Next, we calculate the voltage from the read ADC data variable.

Next, we convert the voltage data to temperature data and print the output on the serial monitor window.

Finally, we add a little bit of delay to keep the values from flying away.

That is all for the code portion of the article.

After all the failed attempts with the Arduino, we have tried a bunch of different ideas. In this section of the article, we will discuss those ideas. 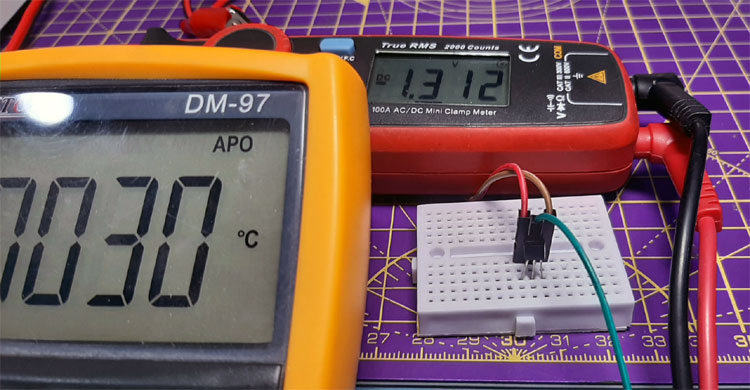 As you can see we are getting a Negative Voltage out from the LM35 Sensor. This holds true for all 15 different LM35 temperature sensors we have tested.

The next thing we did is add a bypass capacitor and an R-C Damper Circuit, according to the datasheet. We also tried to measure the output as shown in the above schematic. 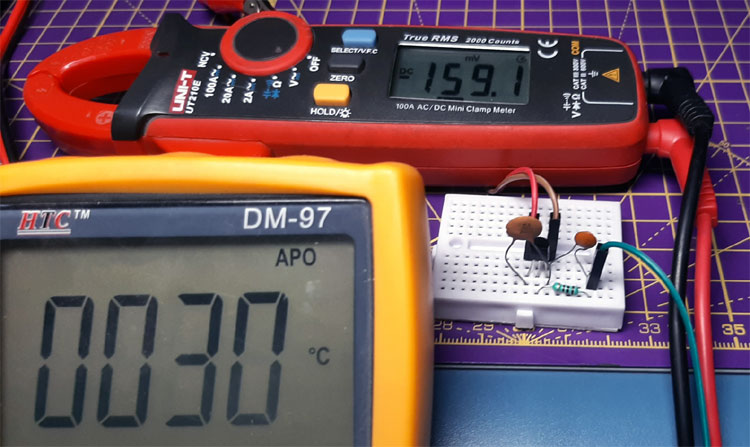 We have found extreme heating issues with the sensor, as the datasheet suggests that this sensor can run anywhere between 4V to 30V, and the current consumption should be less than 60uA during normal operation. But in our case, we have observed an extreme current draw of 220mA or even more; the image below shows you exactly that. 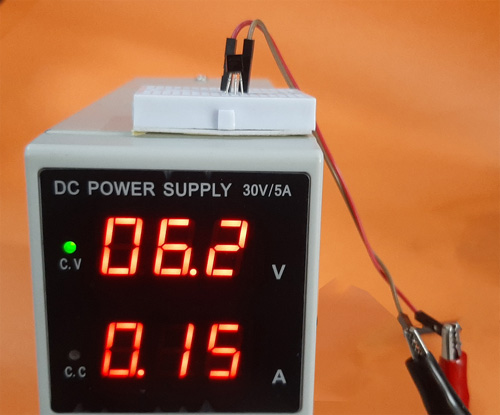 As you can probably imagine the sensor got extremely hot after that and it released the magic smoke.

After the addition of a damper circuit and a decoupling capacitor, the output voltage of the LM35 Temperature Sensor got stable, so we decided to warm it up a little bit with our hot air station, but once again we were greeted with disappointment. The output voltage of the sensor started to decrease and the output value in the serial monitor window started to decrease. Along with all the above-mentioned problems, we have also encountered this issue.

So in the end, we were unable to solve the riddle of our mysterious LM35 sensor, and had to throw away all 85 of our sensors. We still don't know what the problem was: was it a manufacturing flaw or were those 85 sensors all counterfeit? What's left is a question for the rest of the community to answer. If anyone knows anything about this problem, do not hesitate to comment down below, and we will see you in our next project.