As IGBT is a combination of MOSFET and Transistor, it has advantages of the both transistors and MOSFET. MOSFET has advantages of high switching speed with high impedance and on the other side BJT has advantage of high gain and low saturation voltage, both are present in IGBT transistor. IGBT is a voltage controlled semiconductor which enables large collector emitter currents with almost zero gate current drive.

As discussed, IGBT has the advantages of both MOSFET and BJTs, IGBT has insulated gate same as like typical MOSFETs and same output transfer characteristics. Although, BJT is current controlled device but for the IGBT, the control depends on the MOSFET, thus it is voltage controlled device, equivalent to the standard MOSFETs. 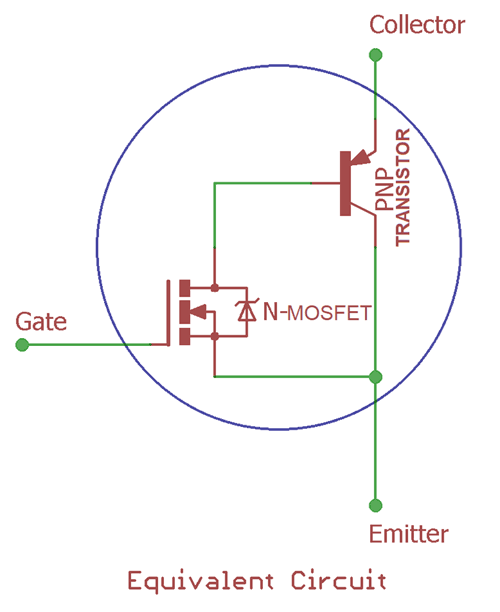 In the PNP transistor, collector and Emitter is conduction path and when the IGBT is switched on it is conducted and carry the current through it. This path is controlled by the N channel MOSFET.

In case of the BJT, we calculate the gain which is denoted as Beta (

), by dividing the output current by the input current. 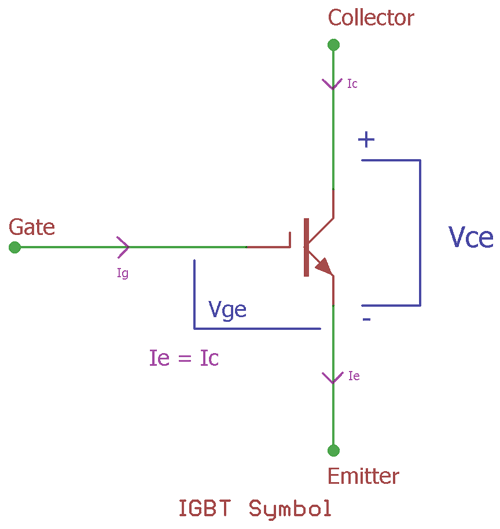 In the above image, symbol of IGBT is shown. As we can see, the symbol includes Transistor’s collector emitter portion and the MOSFET’s gate portion. The three terminals are shown as Gate, collector and Emitter.

The emitter current (Ie) is almost same as the collector current (Ic), Ie = Ic. As the current flow is relatively same in both collector and emitter, the Vce is very low.

Also, IGBT offers lower ‘ON’ resistance compared with BJTs and due to this property the IGBT is thermal efficient in high power related application. 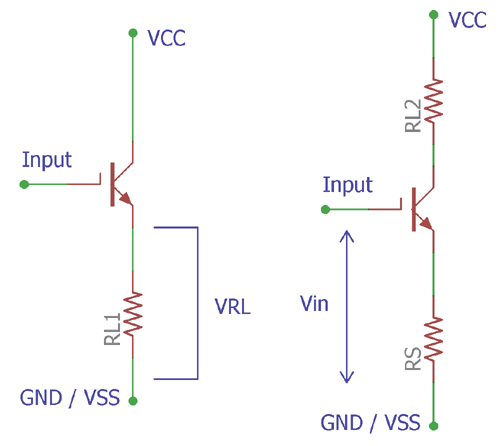 In case of BJT’s we need to supply constant current across the base of the BJT. But in case of the IGBT, same as like MOSFET we need to provide constant voltage across the gate and the saturation is maintained in constant state.

On the right side circuit, the current flowing through the load is depends on the voltage divided by the RS value.

The Insulated Gate Bipolar Transistor (IGBT) can be switched ‘ON’ and ‘OFF’ by activating the gate. If we make the gate more positive by applying voltage across the gate, the IGBT’s emitter keeps the IGBT in its “ON“state and if we make the gate negative or zero push the IGBT will remain in “OFF” state. It is same as like BJT and MOSFET switching. 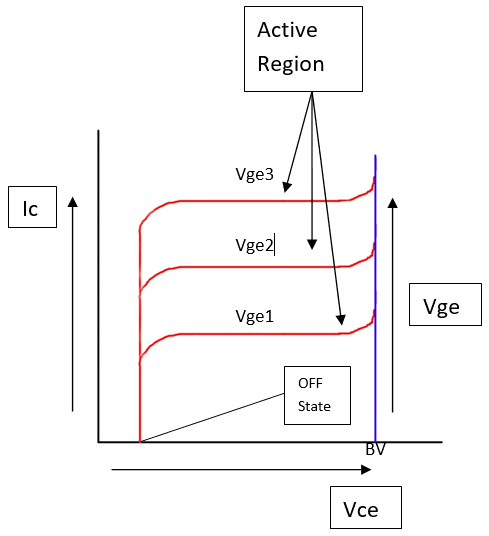 This curve is almost identical with BJT’s I-V transfer curve, but here Vge is shown because IGBT is a voltage controlled device. 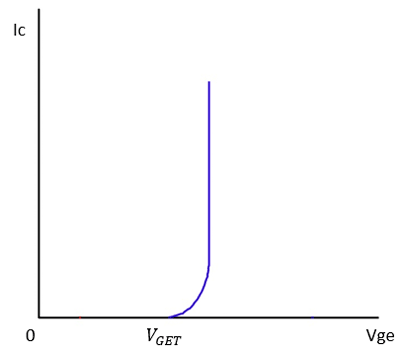 In the above image, the Transfer characteristic of IGBT is shown. It is almost identical with PMOSFET. The IGBT will go to the “ON” state after Vge is greater than a threshold value depending on the IGBT specification.

Here is a comparison table which will give us a fair picture about the difference between IGBT with POWER BJT’s and Power MOSFETs. 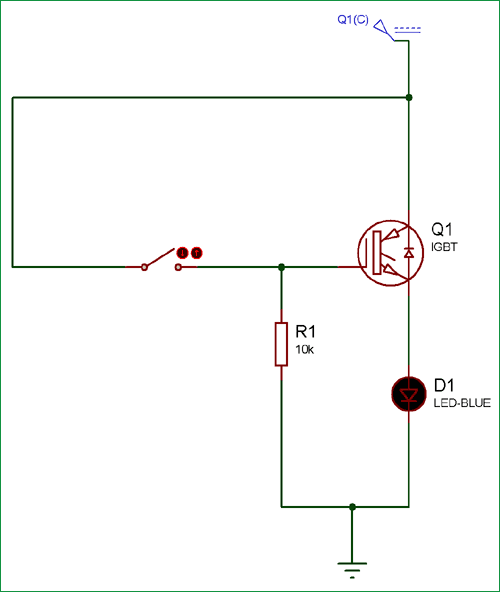 In the next video, we will see the switching circuit of IGBT transistor.