What is Harmonics in Electrical System?

The harmonics in the power system can be classified into two types: current harmonics and voltage harmonics.

The current harmonics induced by the non-linear load such as VSDs (variable speed drives). The nonlinear loads draw current from the power line that is not in a perfect sinusoidal waveform. The nonsinusoidal current waveform can be a complex series of simple sinusoidal which can oscillate at an integer, multiple of the power line fundamental frequency. 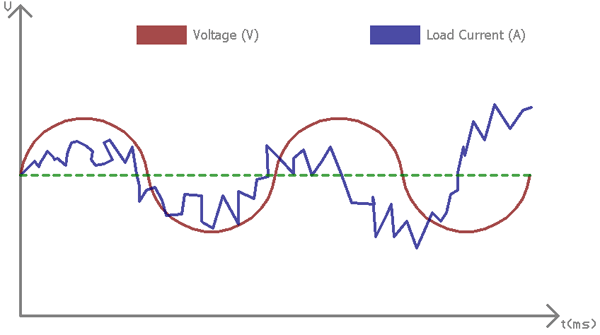 Why it is necessary to eliminate Harmonics in the Power System?

Sometimes the harmonics in the power systems can be very dangerous and increase power delivered to the instruments which leads to a temperature rise in the Load and can shorten the instrument life.

To overcome this power system harmonics, one need to reconstruct the power connection to drive nonlinear loads and to introduce harmonics filters in the power system.

Harmonics filters very effective to protect costly electrical equipment from distorted power outputs due to harmonics. There are different types of harmonics filters available in the electrical and electronics market depending on the rated power, applied voltage, single phase or three phases and other load-dependent parameters.

As the harmonics filters are the electrical line safety equipment they must confirm the international safety standards like IEEE, EN, AS, BS and the underwriter's laboratories UL mark.

Also, the harmonics filters can be designed in different orders. Like a third order harmonic filters can filter out the frequency which is the third multiple of the fundamental frequency.

There are mainly four types of passive harmonic filters are used:

In the above image, we can see the basic construction of a passive high pass harmonic filter. The construction shows the resistor and the inductor is in parallel connection a capacitor in series. The filter produces flat impedance characteristics in the high-frequency range. The high frequency decreases the power loss.

The impedance curve with the frequency can be shown in the below image.

The impedance characteristics with the frequency can be shown in the below graph. 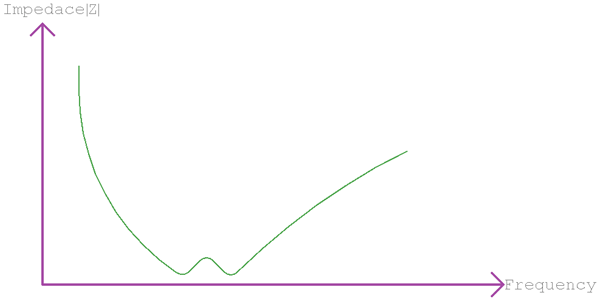 C type filter is used for the low order such as second or third order harmonic filtration purposes. C type filters have lower loss than the equivalent bandpass or the series filter.

The resistor suppresses the fundamental current created by the oscillated inductor and capacitor.

The Impedance curve is shown in the below image- 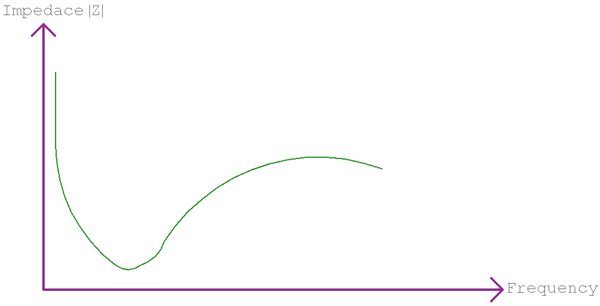 The series filter is called as single tuned harmonic suppressor passive filter. This filter has the most simple construction properties. Only three passive components – a single capacitor, inductor, and resistor are used in series. This filter eliminates single frequency.

The construction of this filter can be shown in the below image where 3 passive components are connected in series to form the single tuned series harmonic filter.

The Impedance characteristic is shown in the below image - 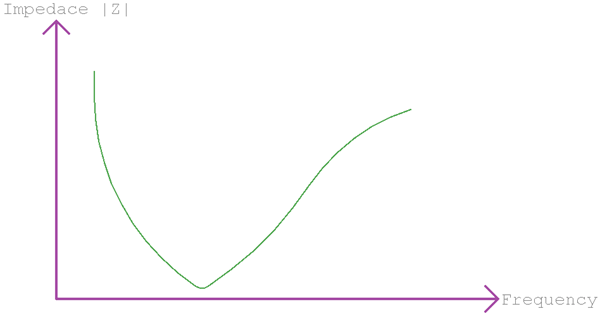 In this matter, active filters are better to handle the power line harmonics without the reactive power dependencies of the fundamental frequency.

Active harmonic filters use an excellent method where the filter use self-produced harmonic components and injects this to the power line which cancels the unwanted harmonics.

There are different types of active filters available which use different topologies to eliminate the harmonics in the power line.

2.Sampling and control reference from the power line

3.PWM system which injects PWM firing pulse into the system as harmonics.

The Active Harmonic filter uses a different kind of semiconductor switches which requires power to operate.

How to select Harmonic Filters

Determining the perfect harmonic filter is quite tricky. One needs to identify the harmonic frequency at which the filters need to be tuned. In a few cases, the filter operation is failed to serve the purpose just because of wrong tuning at a certain fundamental frequency where no harmonics are present.

The first important step is to identify the harmonics order and depending on the harmonic order the filter need to be chosen. To eliminate single frequency harmonic distortion series harmonic filters are efficient but in few cases double tuned harmonics filters need to be employed.

The losses across the filters also need to be compensated which are highly dependent on the choice of filter. Sometimes for a high level of nonlinear loads, active and passive both types of harmonic filters are required.