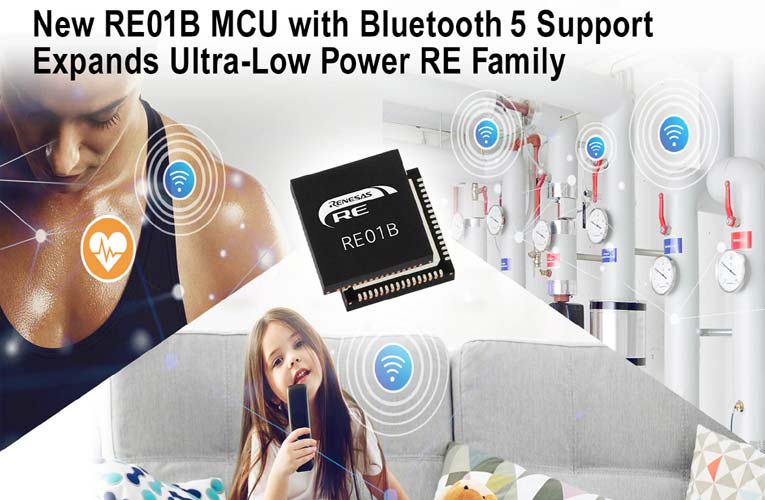 The RE01B microcontroller makes it easier for the users to implement regular data management and firmware updates over Bluetooth while ensuring ultra-low power consumption, and extending the battery life too. The device is built around the Arm Cortex-M0+ core, operates at a maximum operating frequency of 64 MHz, and achieves current consumption as low as 35 µA/MHz during operation and 600 nA during standby.

Moreover, the RE01B microcontroller can be combined with Renesas’ ISL9123 ultra-low Iq DC/DC converter, configured as an external step-down regulator, to reduce current consumption during operation down to 15 µA/MHz for even better power efficiency. This device can be used in small-sized healthcare devices like pulse oximeters and biomedical sensor patches; remote controls with voice recognition capabilities and smart meter modules. Besides, the device can be used in IoT devices that require constant operation, period data collection, and updates, such as devices for monitoring the elderly, children, or assets in transit.

As put in by Shigeki Kato, Vice President of the Enterprise Infrastructure Business Division of the company, the new Bluetooth-capable RE MCU will remove the need for battery maintenance in a broader range of systems, and meet the needs of IoT system manufacturers.