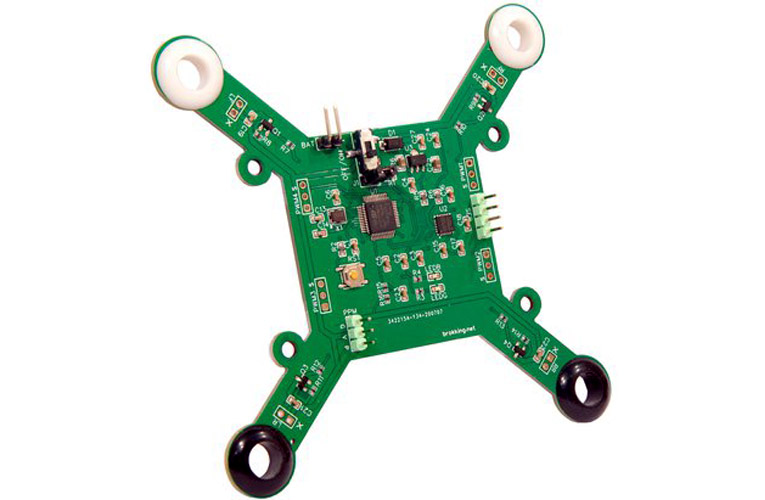 Pictured here is an open-source flight controller and mini drone by Shao's Gadget. YMFC (Your Multicopter Flight Controller) as it is named is a mini drone by itself or a flight controller for a full-size F450 drone that can be programmed with Arduino IDE. The open-source nature and simple design control of YMFC make it apt for the people who are working on some kind of educational project and for the drone enthusiasts too.

YMFC is an extremely safe starter drone when used in the mini-drone configuration. This mini drone weighs just 40 g with motors and a battery included. Additionally, there is far less torque when the drone uses small brushed motors than if large drones are configured with more powerful and bulky brushless motors. Besides, the actual open-source code also allows for greater control over safety.

Compared to other common open-source flight controller projects, the flight controller code for this board is simple as it is based on the ubiquitous Arduino IDE and very little mathematical/coding skills or additional expertise.