Twitter like most other social media platforms is officially part of our everyday life, either for personal or business use, its become a great way to connect with the world, either by trolling or sharing important information. For business especially, there is always a great need to schedule tweets or automate things in one way or the other. What if there was a way to do that with little or no human supervision once its all setup, that’s why for today’s tutorial, we will focus on equipping our Raspberry Pi with the ability to post and read tweets. This becomes very useful in the case of events where you want the Raspberry Pi to take pictures at random and post them on twitter or when you need to post a thread.

Today’s Tutorial relies heavily on the python library, Twython, which is a python module for interfacing with twitter. With twython, we could do most of the things you normally would want to do on your twitter handle like send DMs, Post tweets, read tweets, read DMs, Upload an image, change DP, Change background image, and a lot more. Twython requires authentication from twitter, which can be received by creating a twitter app. All these will be covered in the step by step instructions as we proceed.

For new Stretch users (fresh installs), you should note that SSH is disabled and you will need to enable it before you can talk to the raspberry pi over SSH. One way to do this is to activate it by connecting a monitor and enabling ssh, while the second which is my favorite is by creating a file named ssh (with no extension) and copying it to the root folder on your SD card. This can be done by inserting it the SD card into your PC.

With that done, lets setup our Raspberry Pi Twitter Bot.

The first thing we do is install the Twython library for the Raspberry Pi which is what we will be using to interface with twitter.

Step 1:  Like we always do, update and upgrade your raspberry pi using the following command;

After these steps, you should have Twython installed and ready to be used by python. Next we create the Twitter App.

Follow the steps below to get it up and running.

Step 2: Fill in the details. An example is shown below. 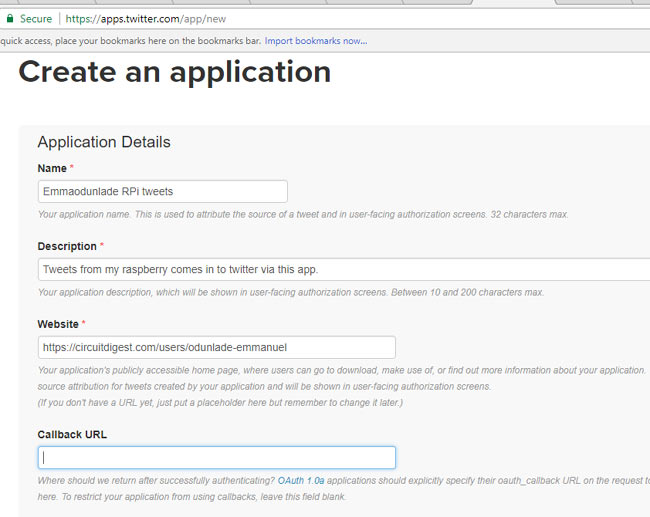 Go through the developer agreement, if you are ok with it, hit submit. Yup, the app is created.

On the next page after clicking submit, you should see application settings, keys and access tokens, and permissions. Go through the permissions section and ensure everything looks like the image below 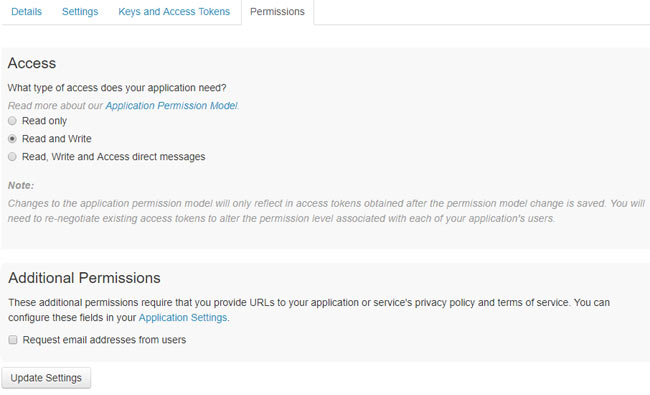 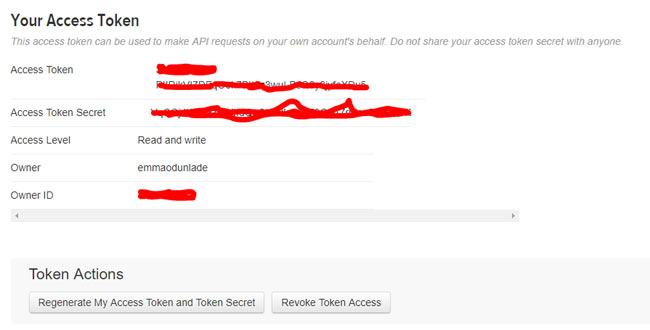 Step 4: You will also need the consumer secret and the consumer key which is also found under the keys and access tokens section to set up the Twython. 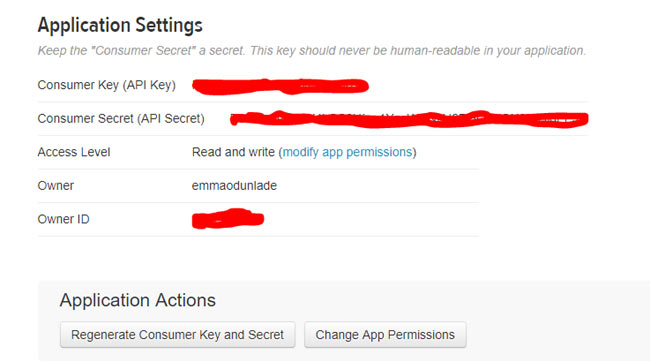 With our access keys and tokens in hand and the Twython library installed, we are ready to write the script with which we will be able to post messages to or read messages from twitter.

Ensure you are in the root folder by entering the command

If you already have a project folder for your Raspberry Pi projects, CD into it. if not, it’s better to create one to keep your work organized and all in one place.

So if you are in the second category let’s create a project folder using;

PS: you can call it whatever name you desire.

Change directory to that of the project folder:

then open an editor to write your python script;

You can also call this any name you desire.

Once the editor opens, type in the following lines of code,

The script should now be an executable file and we can now post a tweet by entering the commands as shown below;

Automate the Tweets by Raspberry Pi

So one of the coolest things we could do is automate the data being posted by the PI, so if you were working on a temperature and humidity based project for instance and you want the data to be available to the general public, or a traffic tweeting device.

All you will need do basically is include the script that measures your temperature and humidity for instance and create a cron job to automate the script.

So in this example I’m going to assume we are at an event and I want the raspberry pi to tweet images from the event autonomously.

To do this, we will just make a few changes to the pitwits.py and give it a new name piimagetwits.py

Then as we did the first script, make this an executable too.

Then proceed to creating a cron job with it. Run the command:

To create a cron job and add these lines below it depending on the timing you want.

This cron job runs every minute due to the timing indicated by the asterisks, but you can set your own timing as described below. 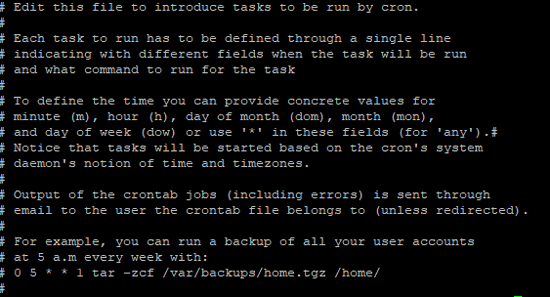 So I posted a couple of tweets, worked like a charm. 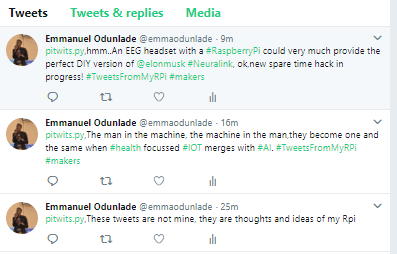 That’s it for this tutorial guys, feel free to drop any question you might have in the comment section, and also follow me on twitter: @emmaodunlade to see more awesome tweets from my mi pi. 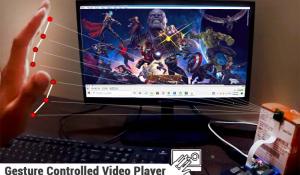 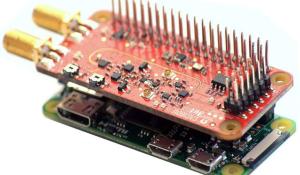 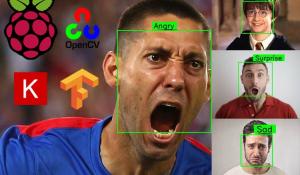