Development in Arduino and Arduino IDE has always been easy and fun with their simple user interface. The Arduino IDE is open-source and free to use Development Environment with all features like write, compile and upload the code to Arduino Boards. It is based on Java and runs on major OS like Windows, OS X and Linux. But with all its simplicity and large community, it doesn’t have some features which an experienced developer will require for fast development that can reduce the development period. There are many development environments available for Arduino, but all have some advantages and disadvantages. Today, we will be starting with PlatformIO development environment which is easy to use and has added features compare to Arduino environment.

The PlatformIO is a Python based open source ecosystem for IoT development and a cross platform IDE with a unified debugger runs on Windows, Mac and Linux.  PlatformIO comes with library manager for platforms like Arduino or MBED support along with unit testing and firmware updates. The PlatformIO supports a number of Platforms, Frameworks, Boards like Arduino, ESP32, ESP8266 and comes with number of examples and libraries. It is independent of the platform in which it is running and it requires only Python Installed on the computer.

The PlatformIO features rapid development with its features like C/C++ Code Completion and Smart Code Linter for rapid professional development which is not there in the Arduino IDE. In addition to this, the PlatformIO offers the theme support with dark and light colors for development on anytime. It also comes with Smart Code Navigations and Code Formatting. The core features include the Multi-platform Build System, Library Manager, Serial Port Monitor etc.

The Unified Debugger with a support for the multiple architectures and development platforms allows to debug multiple embedded boards with Zero-Configuration. The PlatformIO Unified Debugger has features like Conditional Breakpoints, Expressions and Watchpoints, Memory Viewer, A hot restart of an active debugging session. The PlatformIO Core is written in Python 2.7 and works on Windows, macOS, Linux, FreeBSD and even ARM-based credit card sized computers like Raspberry Pi, BeagleBone, CubieBoard, Samsung ARTIK, etc. Apart from this the PlatformIO has File Explorer which helps organizing the files when the project grows to a certain level and organizing becomes necessary.

Setting up PlatformIO for Arduino Uno

Let’s start setting up the PlatformIO to start developing code in Arduino UNO. There are steps involved which are explained below: 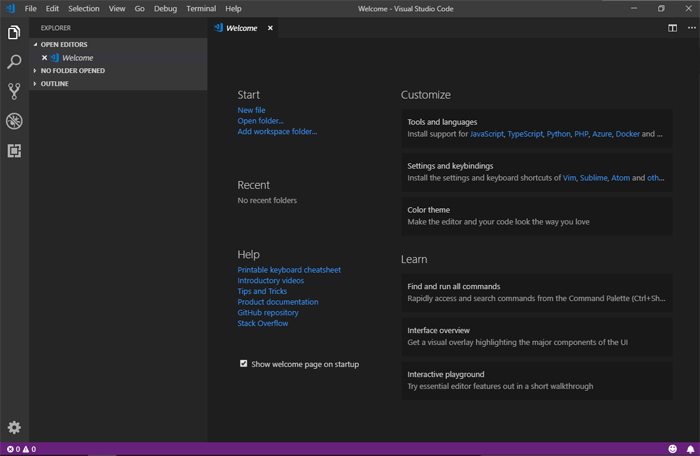 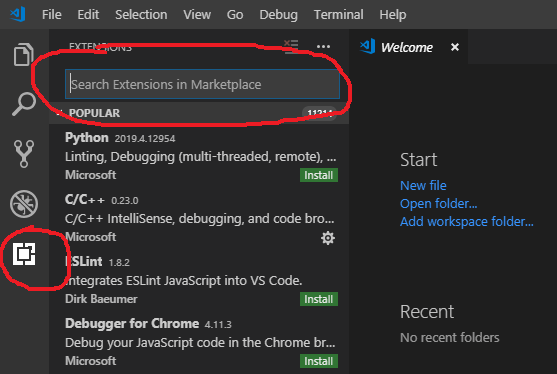 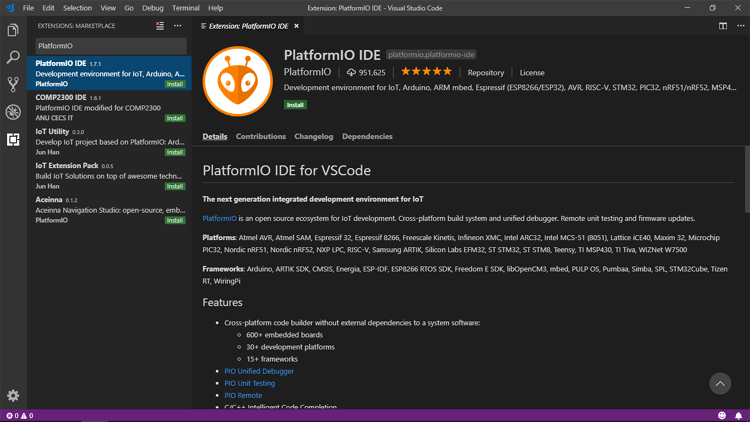 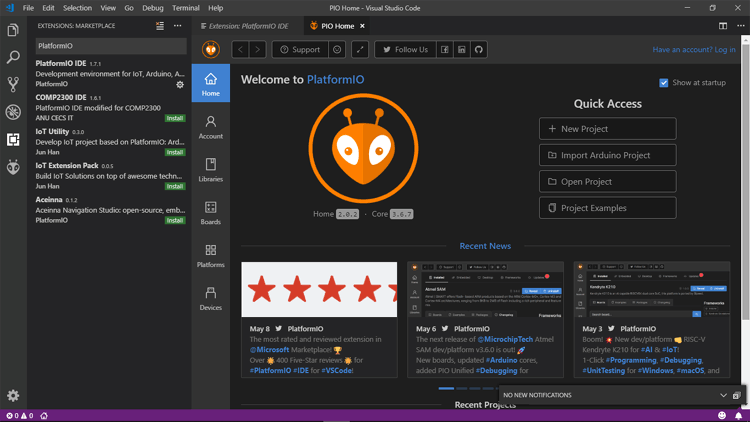 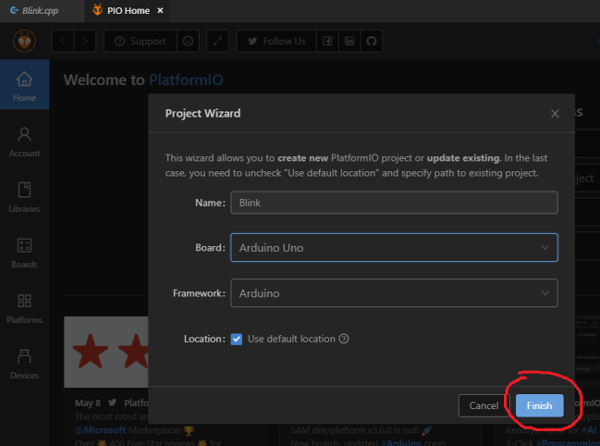 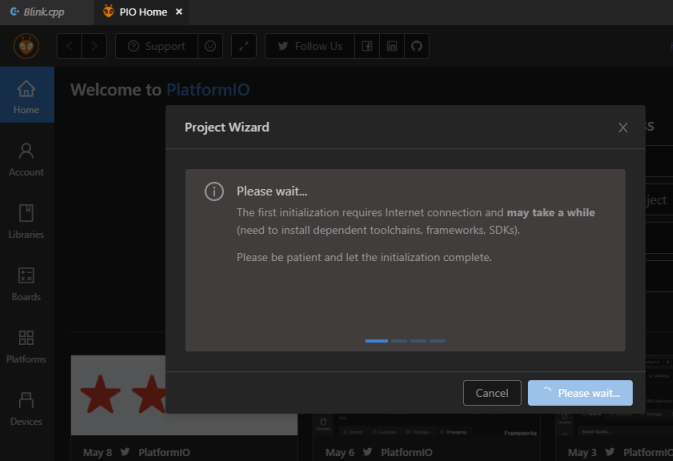 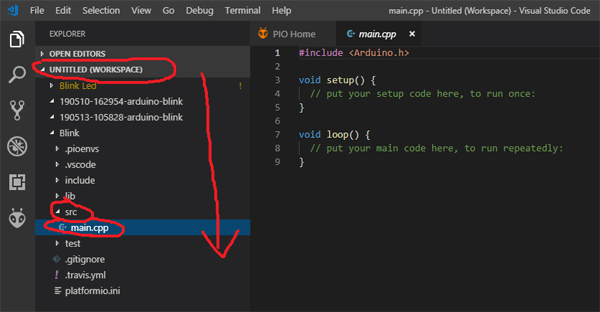 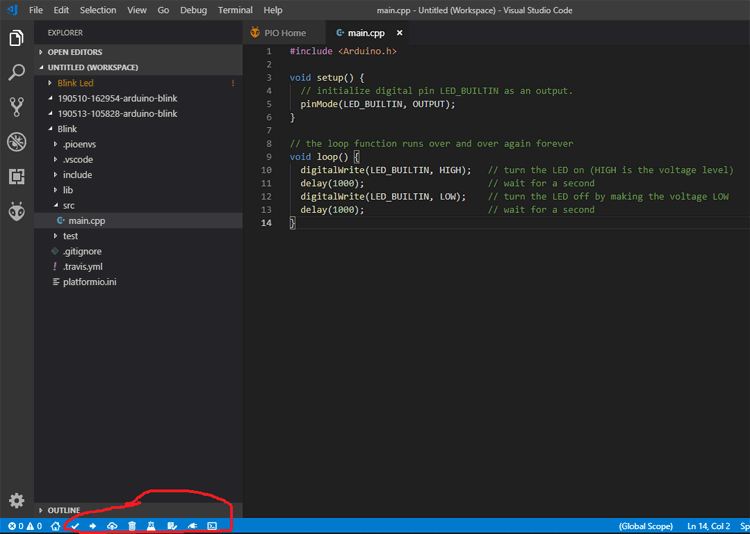 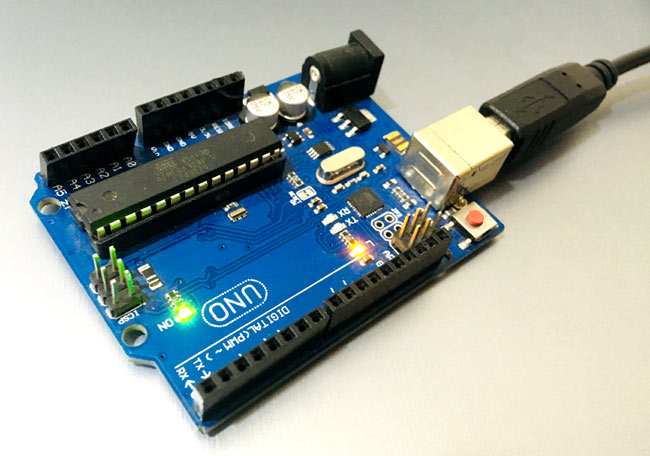 To select or change any COM Port, just go to the PlatformIO Home Screen and then go to the Devices, here you can see all the available devices connected. Select appropriate COM port and follow the same procedure to Upload the sketch.

Programming the STM32 Board will have exactly similar steps like Programming Arduino UNO explained above. The difference will be selecting the Board for STM32 when opening a new project for STM32. The good thing about the PlatformIO is, it doesn’t need any external package for any board to download separately, it automatically downloads all the packages and makes it easy for us to select a board and go to editor. We will use external JLink/ JTAG/ STLink/ Serial Programmer to upload sketch to STM32. STM32 can also be programmed with Arduino IDE. Proceed with following steps to program it with PlatformIO. 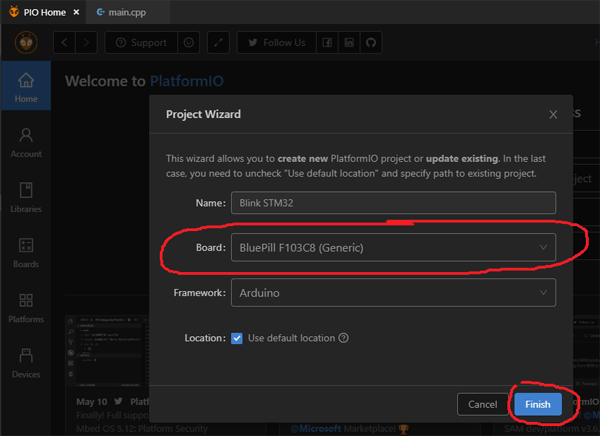 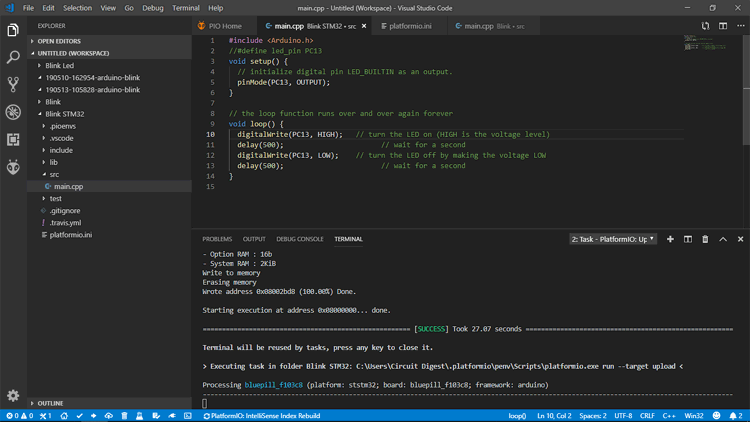 This finishes the complete tutorial on programming the Arduino UNO as well as STM32 Board using PlatformIO. If you have face any difficulties while following the steps then please write to our forum or comment below.