Motion detection is a common application for intruder alarms, light switches, and other home and industrial automation applications.  And there are several ways to do it. We have already used a PIR sensor for motion detection, it senses the change in ambient infrared energy caused when a warm body enters the monitored area.

The RCWL-0516 Doppler RADAR Motion Sensor module has been designed as an alternative to the common PIR motion sensors that are widely used by hobbyists and in burglar alarms and security lights. The PIR sensor detects motion by sniffing the black body radiation from a moving person. On the other hand, the RCWL-0516 sensor uses the Microwave Doppler radar technology to detect moving objects. The Doppler radar works by transmitting a microwave signal to a target and then analyzing the change in the frequency of the returned signal. The variation in the received signal frequency can also help measure the target’s velocity with respect to the radar. 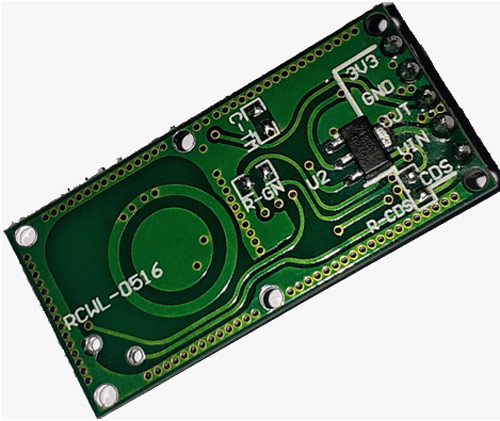 This sensor module uses an RCWL-9196 chip that supports repeat trigger and a 360-degree detection area with no blind spot. It can detect motion through walls and other materials and have a sensitivity range of 7 meters. 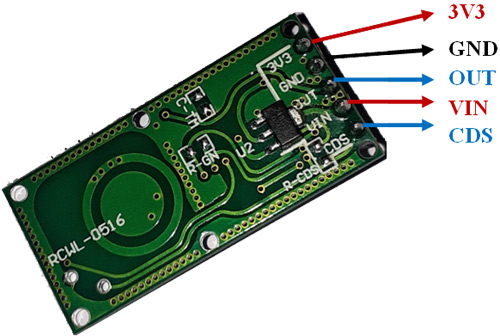 The Motion detection range and Repeat trigger time of the module can be adjusted by adding passive components in their respective solder pads located on the back of the board. There is also an option to add LDR, and a sensor disabled input pin is available to turn off the detecting function at night if necessary.

The schematic for interfacing Microwave Radar Sensor with Arduino is given below: 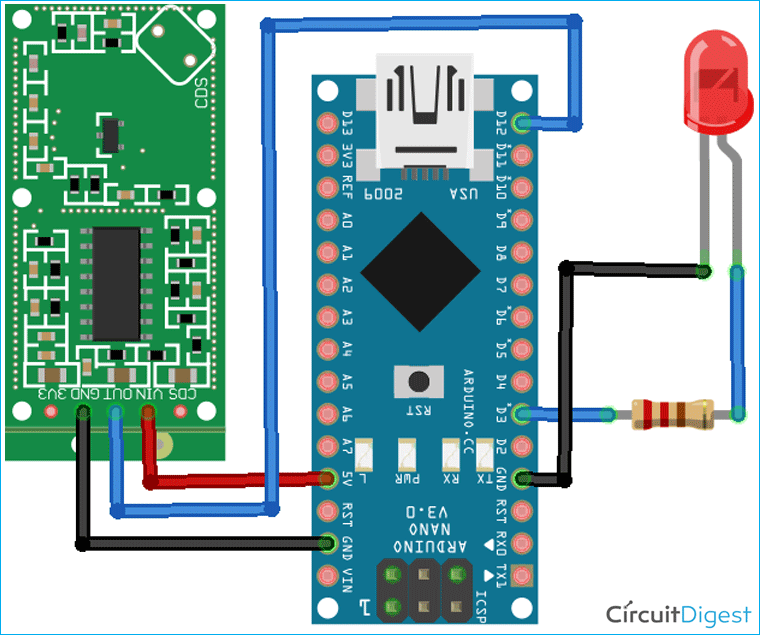 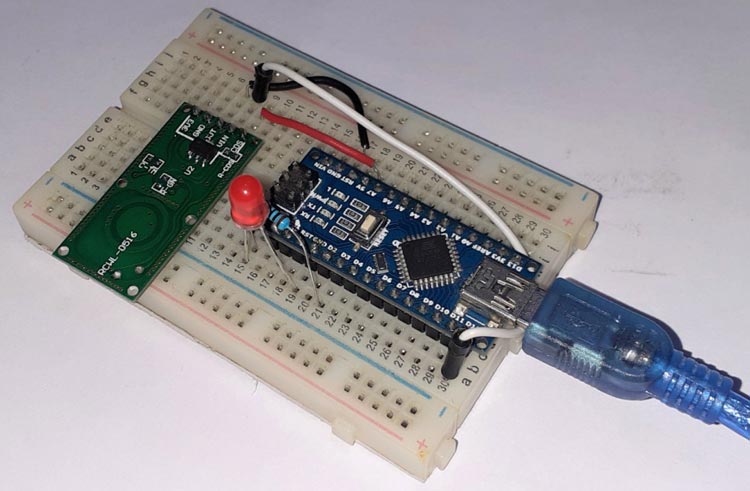 The code for mode detection using Arduino Nano and RCWL-0516 Sensor is as simple as it gets. The complete code is given at the end of the article. The explanation of the code is as follows:

Start the code by defining all the necessary pins that are required to read the sensor data and control the LED.

Then inside the setup() function initialize the serial monitor at 9600 for debugging purposes. Also, set the sensor pin as input and the LED pin as output.

Then inside the loop() function, read the sensor pin using digitalRead() and the pin is valued greater than 0, then turn on the LED else turn off the LED.

Once your code and hardware are ready, connect Arduino to the laptop and upload the code. After that, open the serial monitor at a baud rate of 9600, and make some motion in front of the sensor. Observe LED and Serial monitor. 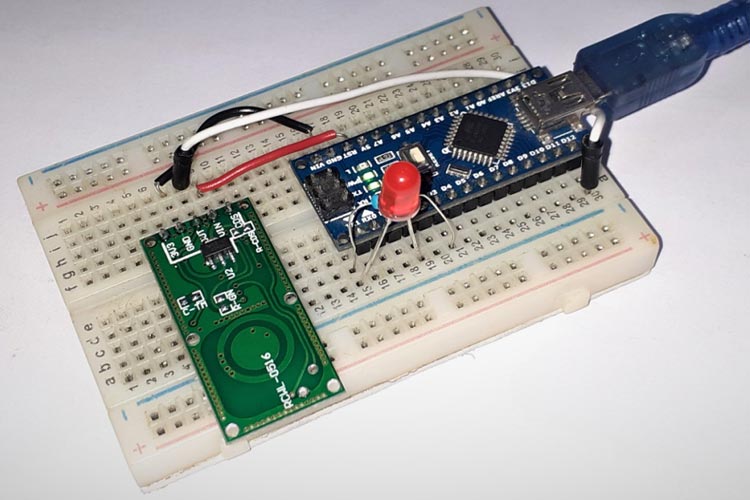 PIR detectors can detect the movement by sniffing the black body radiation from a moving person, and are ideally suited where a defined detection pattern is required, for example, a walkway. In order to have an effective coverage area, the PIR sensor must be mounted in the correct location at the right angle and can be easily misled by an attacker.

On the other hand, Microwave sensors are ideal for large spaces. Microwave sensors have a much better sensibility compared to PIR sensors. They can sometimes false trigger due to things such as trees blowing in the wind. Although, it can also detect motion through plastic, glass, and thin walls.

All in all, both sensors are very good and at a reasonable distance. If you want an all-weather motion sensor that covers a broader area with good accuracy, then a Microwave Radar sensor is a good option.