Atmega16 is a low cost 8 bit microcontroller and comes with more number of GPIO’s than its previous version of microcontrollers. It has all the commonly used communication protocols like UART, USART, SPI and I2C. It has wide applications in robotics, automobile and automation industries because of its wide community support and simplicity.

Things to remember before starting 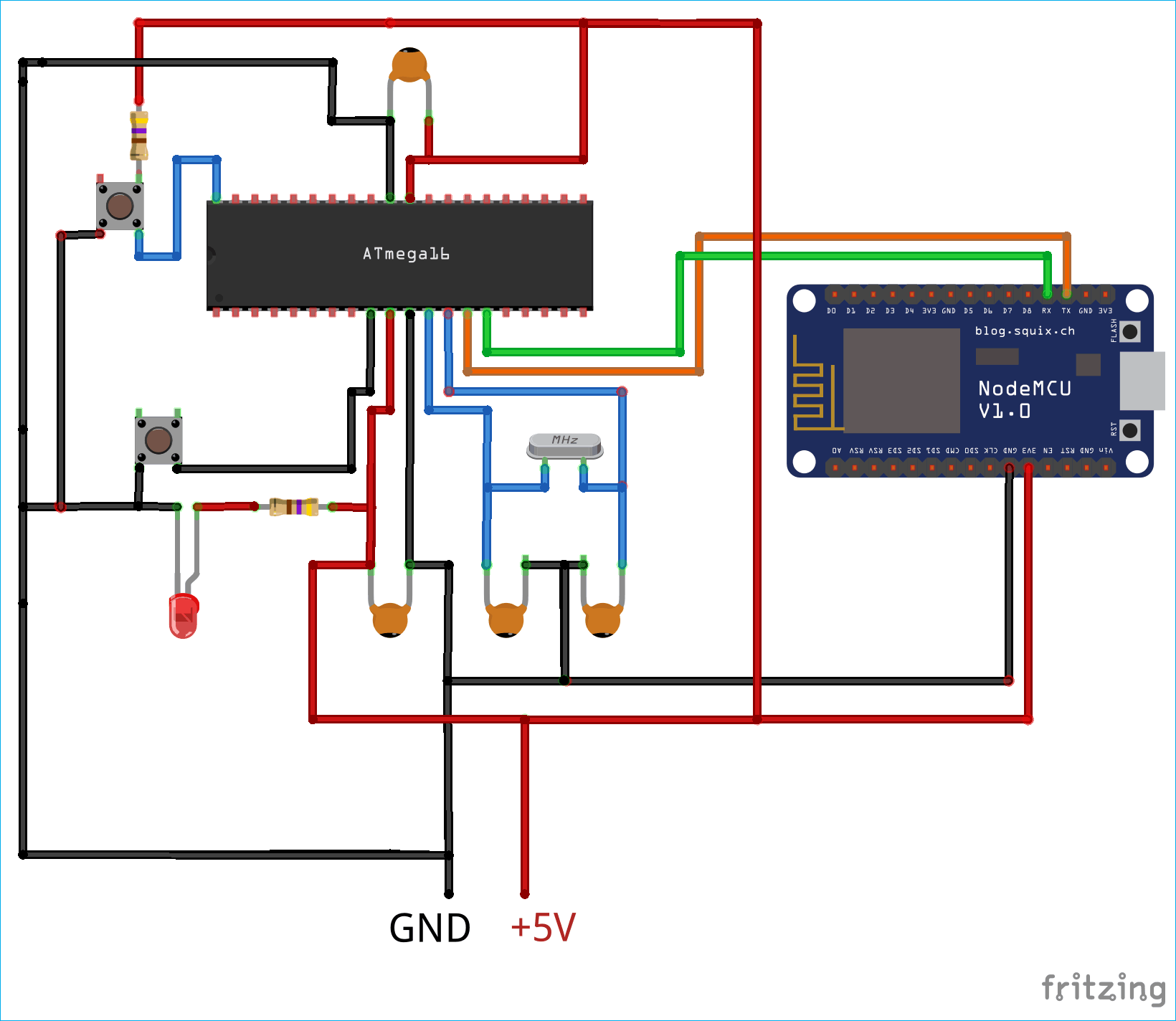 Before start programming we need a SMTP server to send mail through ESP8266. There are plenty of SMTP servers available online. Here, smtp2go.com will be used as SMTP server.

So before writing code, the SMTP username and password will be required. To get these two credentials follow the steps below which will cover setting up SMTP server for successfully sending emails.

Step 2:- A window will pop up, where you need to enter some credential like name, email id and password. 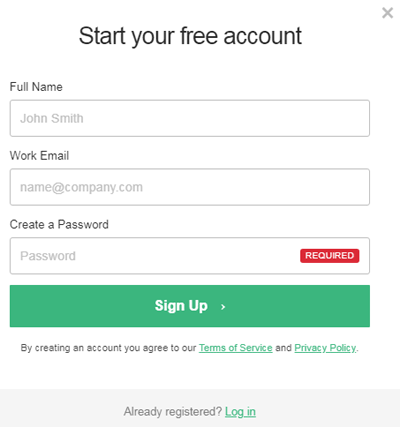 Step 3:- After sign up, you will receive an activation request on the entered Email. Activate your account from the verify link in email and then login using your email id and password.

Step 4:- Once you log in, you will get your SMTP Username and SMTP Password. Remember or copy these to your notepad for further use. After this click on ‘finish’. 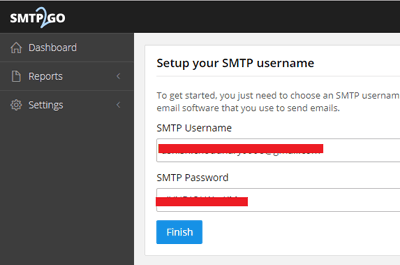 Step 5:- Now on the left access bar, click on “Settings” and then on “Users”. Here, you can see the information regarding to the SMTP Server and PORT number. It is usually as follows: 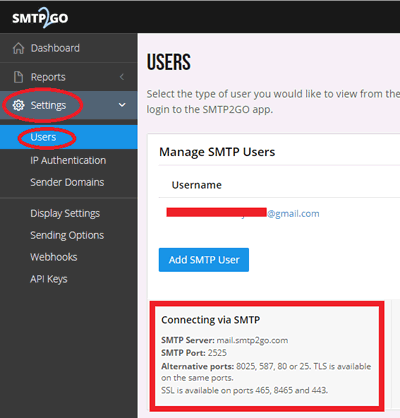 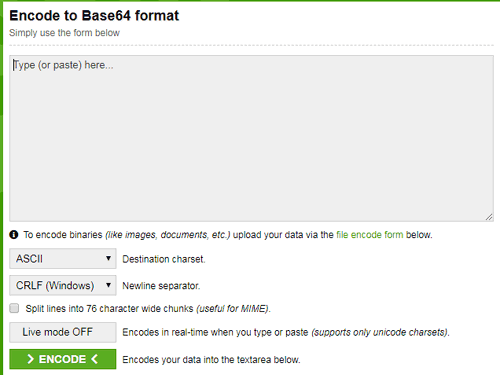 After finishing these steps proceed for the programming of ESP8266 NodeMCU and Atmega16 IC.

One push button and LED is interfaced with Atmega16 so that when we press the push button the Atmega16 will send instructions to NodeMCU and NodeMCU will send email accordingly. The LED will show the status of data transmission. So let’s start Programming Atmega16 and then ESP8266 NodeMCU. 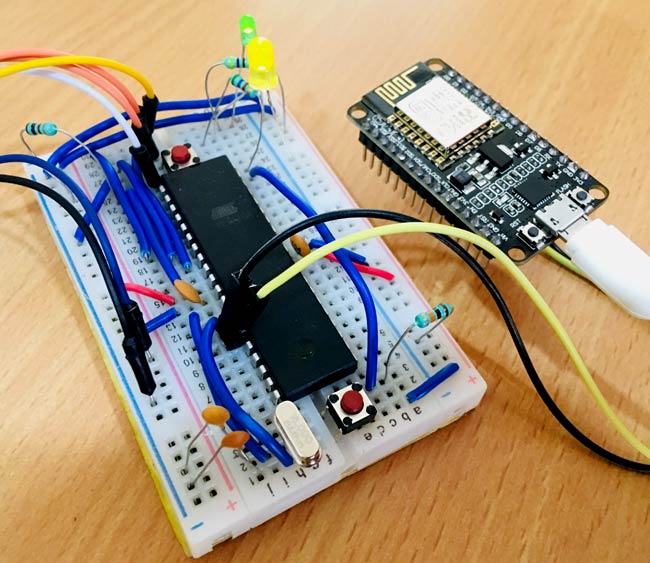 Start with defining operating frequency and including all libraries necessary. The library used comes with Atmel Studio Package.

Next step will be setting up function for transmitting characters. This step includes waiting for empty buffer to finish and then load char value to UDR register. The char will be passed in function only.

Instead of transferring characters, make a function to send strings like below.

In main() function, call UART_init() to start the transmission. And do echo test by sending TEST string to NodeMCU.

Firstly, include the WIFI library as internet will be used to send email. Define your WIFI ssid and password for successful connection. Also define the SMTP server.

In setup() function, Set the baud rate similar to Atmega16 baud rate as 9600 and connect to WIFI and display IP address.

In loop() function, read the receiving bytes at Rx pin and convert it to string form.

If the receiving command is matched then send email to the recipient by calling sendEmail() function. 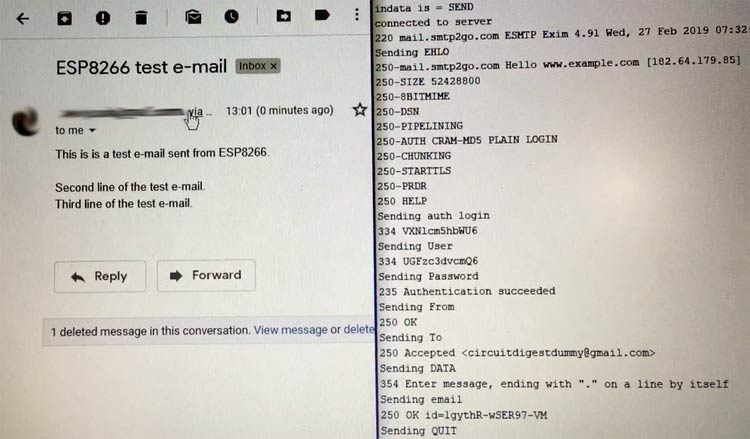 It is very important to setup SMTP server and without doing this, no emails can be sent. Also note that while communication, set baud rate similar for both the controllers.

So this is how ESP8266 can be interfaced with AVR microcontroller to enable it for IoT communications. Also check the working Video given below.