Often we see visitor counters at stadium, mall, offices, class rooms etc. How they count the people and turn ON or OFF the light when nobody is inside? Today we are here with automatic room light controller project with bidirectional visitor counter by using Arduino Uno. It is very interesting project for hobbyists and students for fun as well as learning.

The project of “Digital visitor counter” is based on the interfacing of some components such as sensors, motors etc. with arduino microcontroller. This counter can count people in both directions. This circuit can be used to count the number of persons entering a hall/mall/home/office in the entrance gate and it can count the number of persons leaving the hall by decrementing the count at same gate or exit gate and it depends upon sensor placement in mall/hall. It can also be used at gates of parking areas and other public places.

This project is divided in four parts: sensors, controller, counter display and gate. The sensor would observe an interruption and provide an input to the controller which would run the counter increment or decrement depending on entering or exiting of the person. And counting is displayed on a 16x2 LCD through the controller.

When any one enters in the room, IR sensor will get interrupted by the object then other sensor will not work because we have added a delay for a while.

There are some sections of whole visitor counter circuit that are sensor section, control section, display section and driver section.

Sensor section: In this section we have used two IR sensor modules which contain IR diodes, potentiometer, Comparator (Op-Amp) and LED’s. Potentiometer is used for setting reference voltage at comparator’s one terminal and IR sensors sense the object or person and provide a change in voltage at comparator’s second terminal. Then comparator compares both voltages and generates a digital signal at output. Here in this circuit we have used two comparators for two sensors. LM358 is used as comparator. LM358 has inbuilt two low noise Op-amp.

Control Section: Arduino UNO is used for controlling whole the process of this visitor counter project. The outputs of comparators are connected to digital pin number 14 and 19 of arduino. Arduino read these signals and send commands to relay driver circuit to drive the relay for light bulb controlling. If you find any difficulty in working with relay, check out this tutorial on arduino relay control to learn more about operating relay with Arduino.

Display section:  Display section contains a 16x2 LCD. This section will display the counted number of people and light status when no one will in the room.

First we have included library for LCD and defined pin for the same. And also defined input output pin for sensors and ralay.

Then given direction to input output pin and initialized LCD in setup loop. 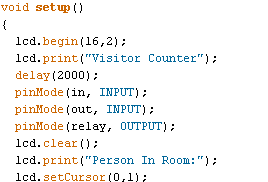 In loop function we read sensors input and increment or decrement the counting depending upon enter or exit operation. And also check for zero condition. Zero condition means no one in the room. If zero condition is true then arduino turn off the bulb by deactivating the relay through transistor. 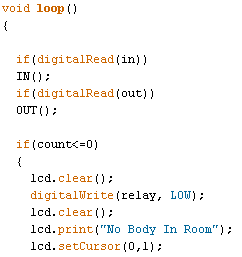 And if zero condition is false then arduino turns on the light. Here is two functions for enter and exit. 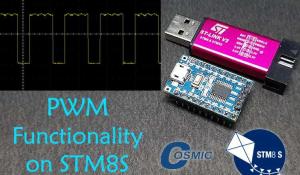 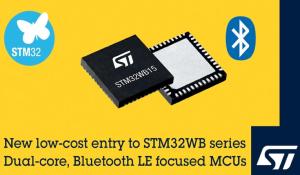 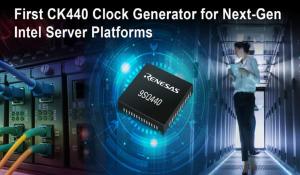 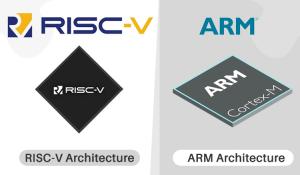 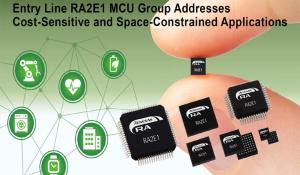