Working of this project is based on single wire serial communication. First arduino send a start signal to DHT module and then DHT gives a response signal containing temperature and humidity data. Arduino collect and extract in two parts one is humidity and second is temperature and then send them to 16x2 LCD. 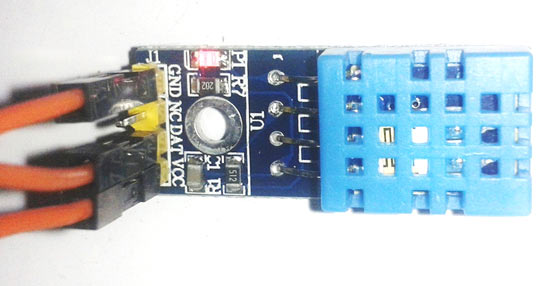 DHT11 module works on serial communication i.e. single wire communication. This module sends data in form of pulse train of specific time period. Before sending data to arduino it needs some initialize command with a time delay. And the whole process time is about 4ms. A complete data transmission is of 40-bit and data format of this process is given below:

First of all arduino sends a high to low start signal to DHT11 with 18µs delay to ensure DHT’s detection. And then arduino pull-up the data line and wait for 20-40µs for DHT’s response. Once DHT detects starts signal, it will send a low voltage level response signal to arduino of time delay about 80µs. And then DHT controller pull up the data line and keeps it for 80µs for DHT’s arranging of sending data.

When data bus is at low voltage level it means that DHT11 is sending response signal. Once it is done, DHT again makes data line pull-up for 80µs for preparing data transmission.

Data format that is sending by DHT to arduino for every bit begins with 50µs low voltage level and length of high voltage level signal determines whether data bit is “0” or “1”. 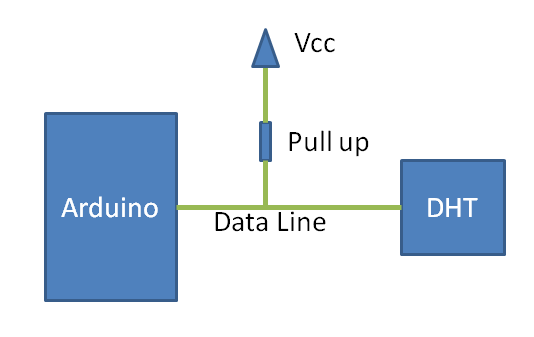 In programming, we are going to use pre-built libraries for DHT11 sensor and LCD display module.

Then we haved defined pins for LCD and DHT sensor and initialized all the things in setup. Then in a loop by using dht function reads DHT sensor and then using some dht functions we extract humidity and temperature and display them on LCD. 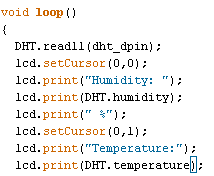 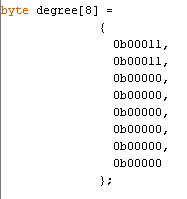