Sensors have always been a vital component in any Project. These are the ones which convert the real real-time environmental data into digital/variable data so that it can be processed by electronics. There are many different types of sensors available in the market and you can select one based on your requirements. In this project we will learn how to use a Hall sensor a.k.a Hall effect sensor with Arduino. This sensor is capable of detecting a magnet and also the pole of the magnet.

Why detect a magnet?, You may ask. Well there are a lot of applications which practically use Hall Effect sensor and we might have never noticed them. One common application of this sensor is to measure speed in bicycles or any rotating machines. This sensor is also used in BLDC motors to sense the position of Rotor Magnets and trigger the Stator coils accordingly. The applications are endless, so let’s learn how to Interface Hall effect sensor Arduino to add up another tool in our arsenal. Here are some projects with Hall sensor:

In this tutorial we will use interrupts function of Arduino to detect the magnet near Hall sensor and glow a LED. Most of the time Hall sensor will be used only with Interrupts because of their applications in which high reading and executing speed is required, hence let us also use interrupts in our tutorial.

As the name suggests the Hall Effect sensor works with the principle of “Hall effect”. According to this law “when a conductor or semiconductor with current flowing in one direction was introduced perpendicular to a magnetic field a voltage could be measured at right angles to the current path”. Using this technique, the hall sensor will be able to detect the presence of magnet around it. Enough of theory let’s get into hardware.

The complete circuit diagram for interfacing Hall sensor with Arduino can be found below. 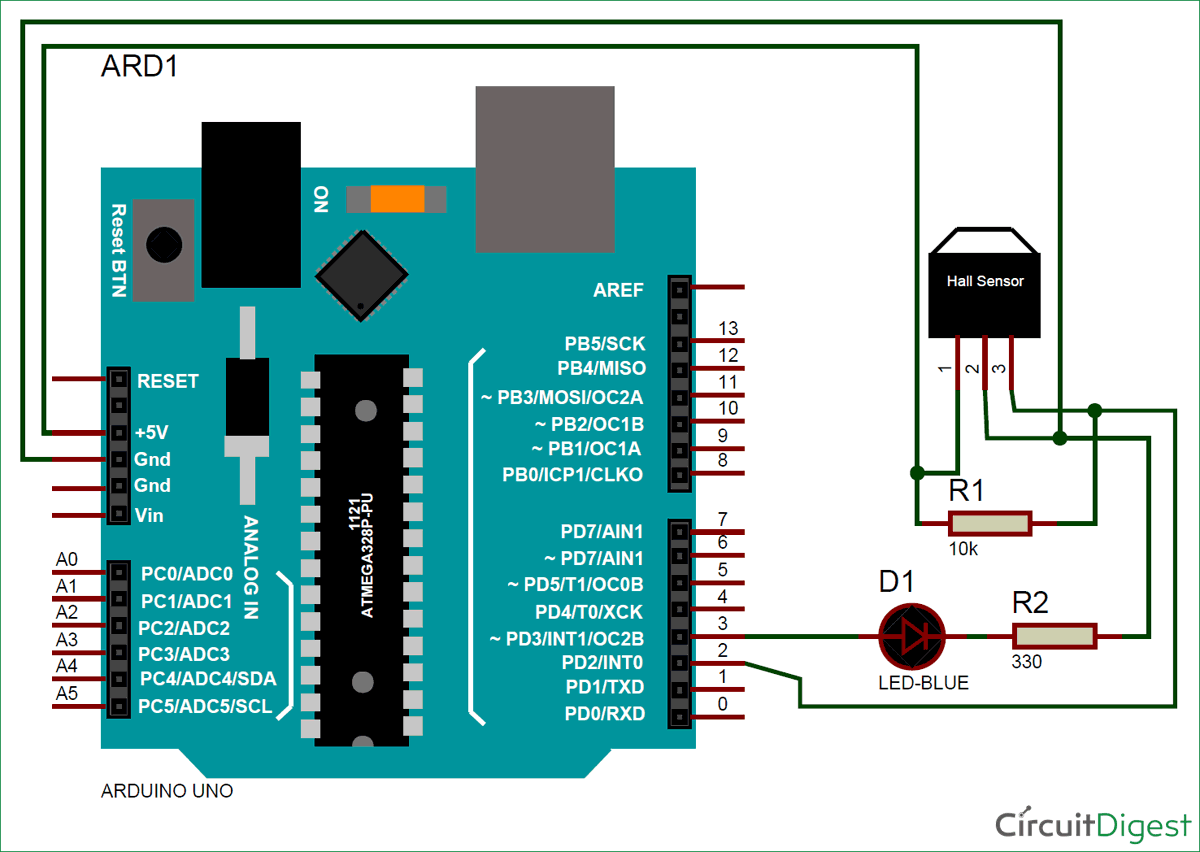 As you can see, the hall effect sensor arduino circuit diagram is pretty simple. But, the place where we commonly make mistakes is at figuring out the pin numbers of hall sensors. Place the readings facing you and the first pin on your left is the Vcc and then Ground and Signal respectively.

We are going to use Interrupts as told earlier, hence the output pin of Hall sensor is connected to the Pin 2 of the Arduino. The Pin is connected to a LED which will be turned ON when a magnet is detected. I have simply made the connections on a breadboard and it looked somewhat like this below once completed. 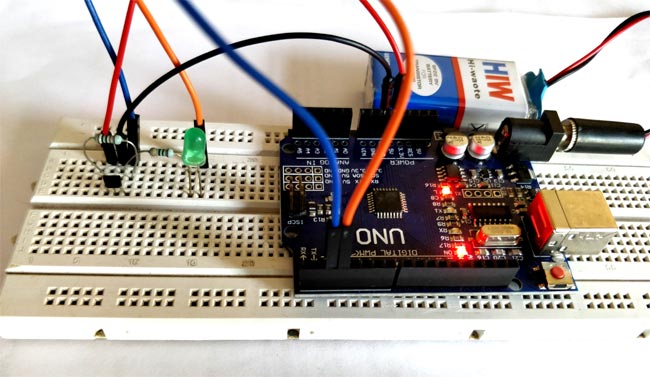 The complete Arduino code is just few lines and it can be found at the bottom of this page which can be directly uploaded to your Arduino Board. If you want to know how the program works read further.

We have one input, which is the sensor and one output which is a LED. The sensor has to be connected as an interrupt input. So inside our setup function, we initialize these pins and also make the Pin 2 to work as an interrupt. Here pin 2 is called Hall_sensor and pin 3 is called LED.

When there is a interrupt detected, the toggle function will be called as mentioned in the above line. There are many interrupt parameters like Toggle, Change, Rise, Fall etc. but in this tutorial we are detecting the change of output from Hall sensor.

Now inside the toggle function, we use a variable called “state” which will just change its state to 0 if already 1 and to 1 if already zero. This way we can make the LED turn ON or Turn OFF.

Finally inside our loop function, we just have to control the LED. The variable state will be altered each time a magnet is detected hence we use it to determine if the LED should stay on or off.

Once you are ready with your Hardware and Code, just upload the Code to the Arduino. I have used a 9V battery to power the whole set-up you can use any preferable power source. Now bring the magnet close to the sensor and your LED will glow and if you take it away it will turn off.

Note: Hall sensor is Pole sensitive, meaning one side of the sensor can either detect only North Pole or only South Pole and not both. So if you bring a south pole close to the north sensing surface your LED will not glow. 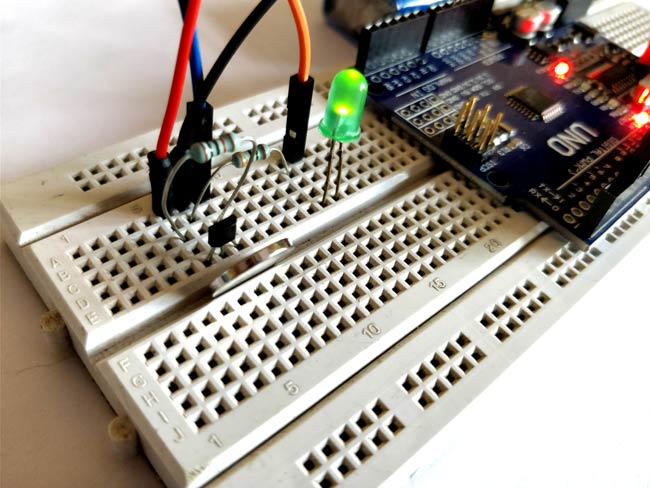 What actually happens inside is, when we bring the magnet close to sensor the sensor changes its state. This change is sensed by the interrupt pin which will call the toggle function inside which we change the variable “state” from 0 to 1. Hence the LED will turn on. Now, when we move the magnet away from the sensor, again the output of sensor will change. This change is again noticed by our interrupt statement and hence the variable “state” will be changed from 1 to 0. Thus the LED if Turned off. The same repeats every time you bring a magnet close to the sensor.

The complete working video of the Arduino hall effect sensor project can be found below. Hope you understood the project and enjoyed building something new. If otherwise kindly use the comment section below or the forums for help.

Build Your own Compact Arduino Based Pulse Oximeter Sensor Circuit