In this project, we are going to build a Transistor Based Simple Soil Moisture Detector Circuit. In this circuit, we have used an NPN transistor to detect soil moisture. This is very simple and interesting circuit for electronics lovers. This Soil moisture sensor circuit can be used in many applications like Automatic plant irrigation system, Greenhouse projects etc.

Circuit Diagram of Soil Moisture Sensor Circuit is given below: 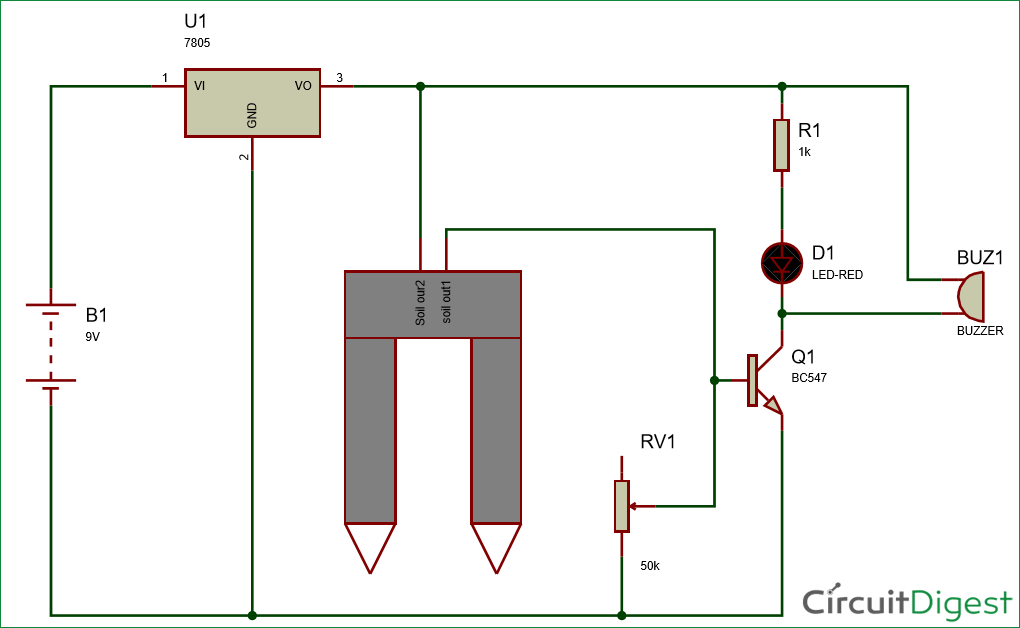 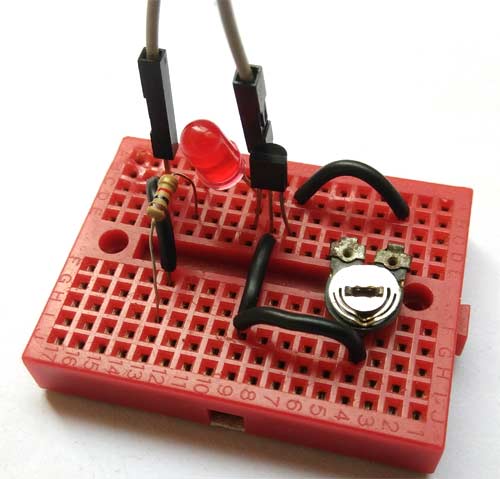 Working on this circuit is straightforward and clearly understandable. Here we have connected one wire of probe directly to VCC and another probe to the base of the transistor Q1 and 50k potentiometer RV1 is used for adjusting the sensitivity of the circuit. Now when there is no moisture in soil then probes does not allow 7805 to supply any voltage to the base of transistor Q1 so the LED and Buzzer remain turned off. Now, whenever both probes will come in contact with soil moisture or water then both the probe gets shorted because water/moisture is the conductor of current. And when probes get shorted then the base of the transistor gets connected to the output of 7805 IC. 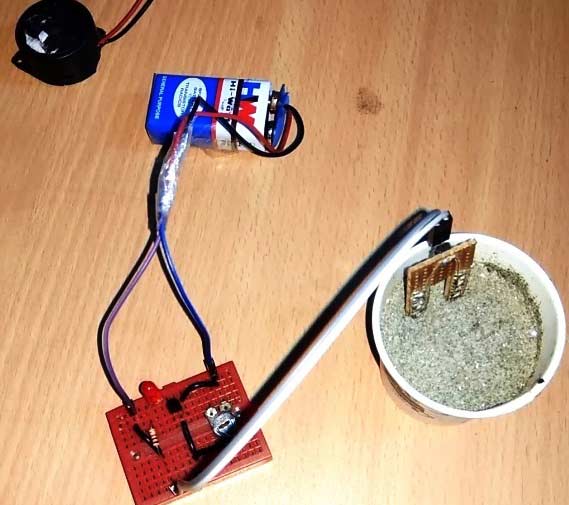 As we know when we apply some voltage to the base of an NPN Transistor it gets turn on and allow current to pass through the collector to emitter. And as soon as transistor turns on it will trigger the Buzzer and LED. The buzzer will beep until probes detect soil moisture.

An LM7805 voltage regulator is used for limiting the input voltage to 5v. We have used 9v battery to supply power to this circuit.

The complete working of this circuit is shown in the Video below. 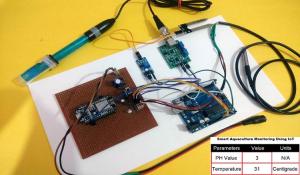 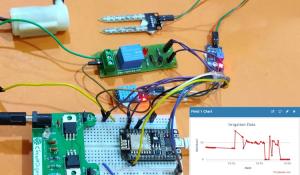 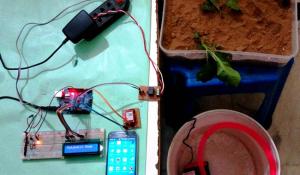