“Eyes sense what mind sees.” Like this LDR (light dependent resistor) sense if there is any light source in its sensing range. It’s true that you can manually switch OFF and ON any light, but sometime human beings shows carelessness which may cause waste of electricity. To overcome this problem, we are going to show you that how to make a Light Detector Circuit (which helps in sensing the light) and you can add a relay to operate the AC Home appliances depend on the sensation of light. Although we have previously created some Light Detector Circuit but this time we are using Wheatstone Bridge concept to operate the LDR.

Check our other circuits which use LDR for light detection: 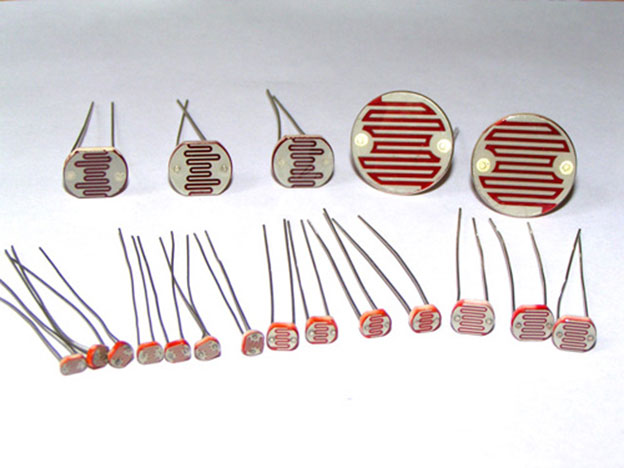 The LDR works on the principle of photo conductivity, when the light falls on the surface of LDR then the resistance of LDR start decreasing from a high value of it, in the dark resistance of LDR is in range of Mega ohms and as the light incident on it resistance decreases to a range of few ohms. The electrons in the valence band jumps to conduction band, due to having high energy of photons in the incident light then the semiconductor material.

An operational amplifier is a DC-coupled high gain electronic voltage amplifier. It’s a small chip having 8 pins. An operational amplifier IC is used as a comparator which compares the two signal, the inverting and non-inverting signal. In Op-amp IC 741 PIN2 is an inverting input terminal and PIN3 is non-inverting input terminal. The output pin of this IC is PIN6. The main function of this IC is to do mathematical operation in various circuits.

In our light detector circuit, the op-amp IC comparing the voltage of the point C and D through the PIN3 and PIN2 respectively, as we know if the voltage at PIN3 is more than PIN2 the output at PIN6 will be HIGH and vice versa. As the output HIGHs the Led will start glowing. For getting the HIGH output we must have to incident light on LDR to reduce its resistance which increase the voltage at point C.

It’s a NPN transistor, the amplification capacity is also good as having a gain value of 110 to 800. It allows 100mA of maximum current flow through the collector pin and input current limit is 5mA to the base pin for biasing. As the base pin kept ground the transistor moves to reverse biased condition and do not conduct current through it (which is the Cut-Off point), as supply provide to base pin it start conducting through the emitter to collector (which is the Saturating point). The normal voltage range through the collector-emitter and base-emitter is 200 and 900mV respectively. 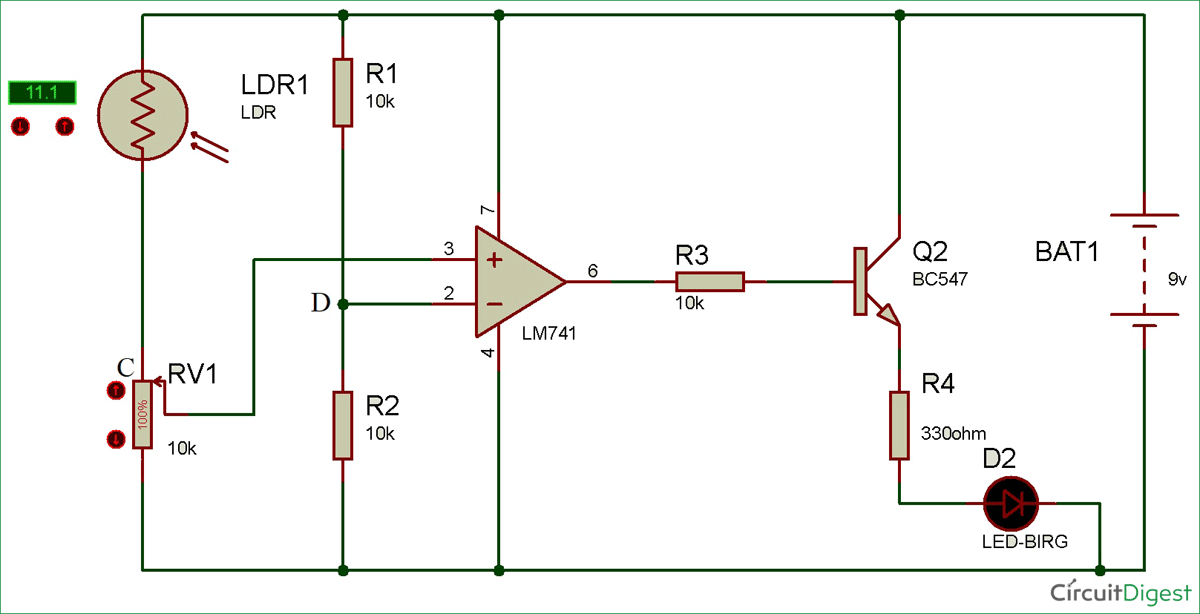 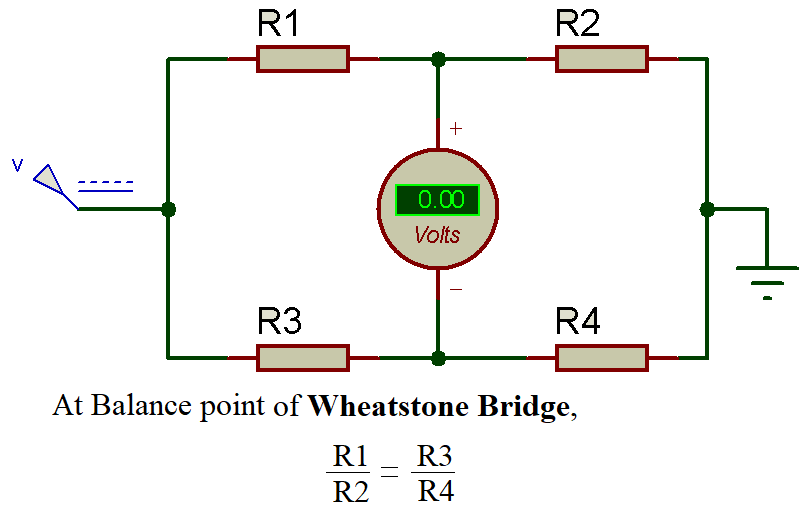 Here in our Light detector circuit diagram, Wheatstone Bridge is consists of one LDR and potentiometer in the first arm and two known resistance of 10k ohm in the second arm. As the light incident on the LDR, it resistance gets low and the voltage through point C is increase in comparison with point D. 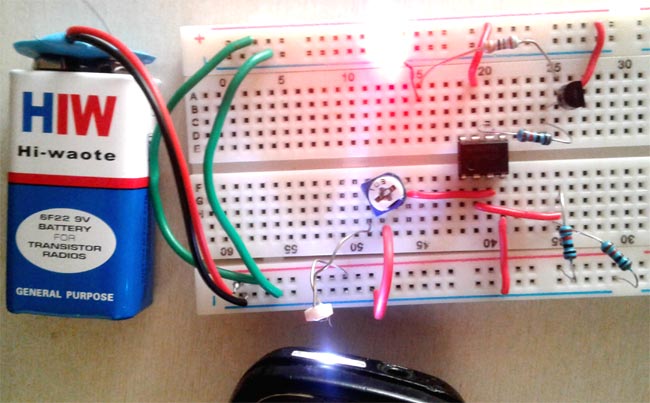 An Op-amp IC LM741 is used to compare the voltage of both the point C and D, if the voltage of point C is more than point D then the op-amp give high output and if point D has more voltage then one then op-amp give low output. As the op-amp output is high it turns on the transistor and the Led start glowing (which means the presence of light) and if low then op-amp output is low and transistor remains in off condition (which means its dark).

it is a good design.