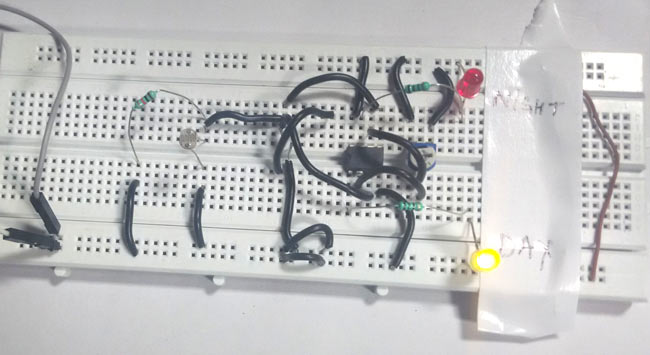 LM358 is a Dual Low Noise Operational Amplifier which have two Op Amp in a single chip. This is a general purpose op amp which can be configured in many modes like comparator, summer, integrator, amplifier, differentiator, inverting mode, non- inverting mode and many more.

In this circuit we have set reference voltages for both comparators by using potentiometer we can say this sensitivity of the circuit. Both comparators are configured in opposite mode. Means at a time only single LED will glowing. In non-inverting mode when we apply positive voltage greater then reference voltage to its non-inverting pin it gives a positive output else 0 volt. And in inverting mode when we apply same voltage at its inverting pin it will give a 0 volts at its output pin else gives positive voltage. Means both configurations give opposite output. 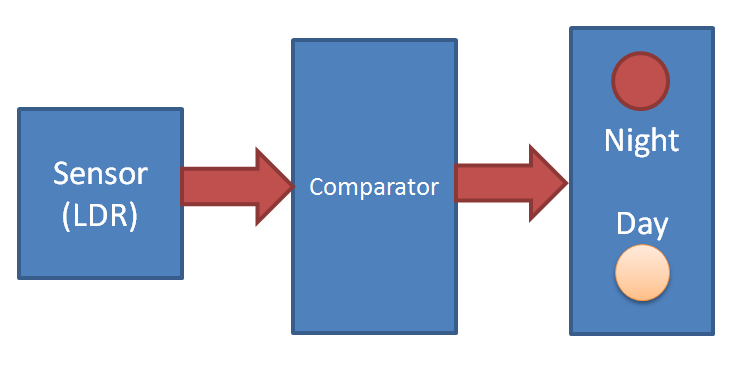 Main component of this dark circuit is LDR which detect day and light. LDR is a light dependent resistor which changes his resistance according to the light. When light falls on the LDR surface, it reduces its resistance and when dark resistance of LDR become Maximum. During the daytime there are enough light so when this light falls on LDR it reduces its resistance and due to this a potential difference generated at comparators respected pin.  Now both comparators compare this input voltage with reference voltage, if this input voltage is greater than reference voltage then day LED will glow otherwise night LED will Glow.

why you use particular value 10k pot

Sir can I ask for a picture

Sir can I ask for a picture of this project done in a PCB board?

You can do it yourself, there

You can do it yourself, there are so many softwares available for Schematic to PCB layout conversion like Easy EDA, Fritzing etc. We have made tutorial for using Easy EDA for PCB conversion Design Your Circuits Online for Free with EasyEDA

Yes it will, but check the

Yes it will, but check the datasheet of 741 for pinouts.

Hello sir,
I must firstly appreciate this post. I wanna ask if its possible to use a 12Volts DC supply to this circuit. If yes, do I need to change any components? Thank you.

What exact LDR are you using? I have constructed the circuit and it's not working..