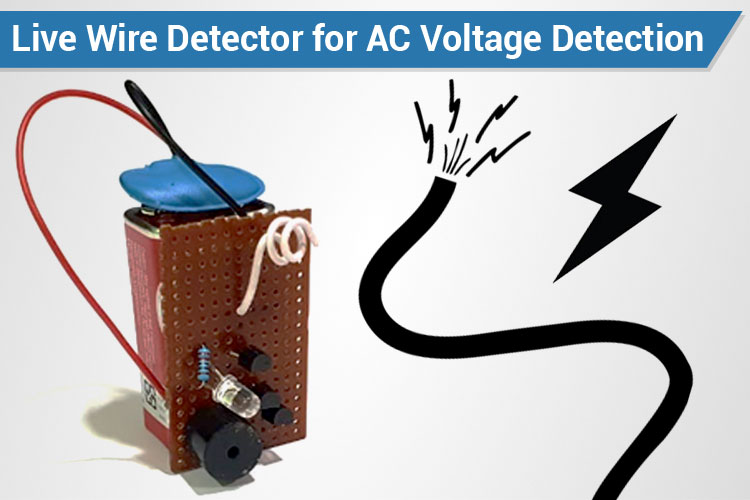 There are a large number of injuries resulting from electrical shocks especially while maintaining and repairing electrical lines and towers. It is very difficult to isolate and check the presence of voltage in the wires without cutting it. A contactless voltage detector could come in very handy when dealing with such situations to be sure about no presence of voltage before performing any task related to reconditioning of electrical systems. Similarly, at home before rectifying a fault in an electronic device, it is always advised to be sure that there is no voltage supply. A DIY Contactless Low-cost AC voltage detector is there to the rescue! It uses minimal resources and performs really well when brought to use for such purposes. Be it for identifying a live wire or distinguishing between line and neutral wires, a low-cost AC voltage detector can be used. You can also check out the broken wire detector circuit using CD4069 which also works very much similar to our circuit here.

Listed below are the components that the module requires and you can find them in the local hobby store. 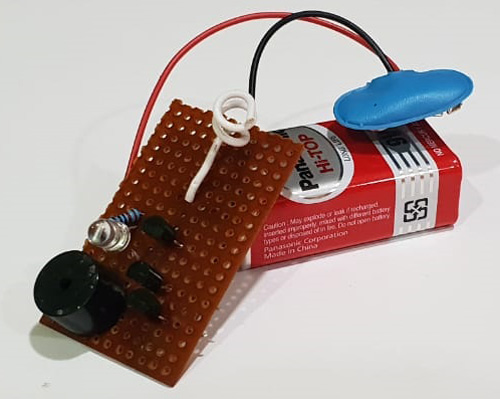 Circuit Diagram and Connections for the AC Voltage Detector 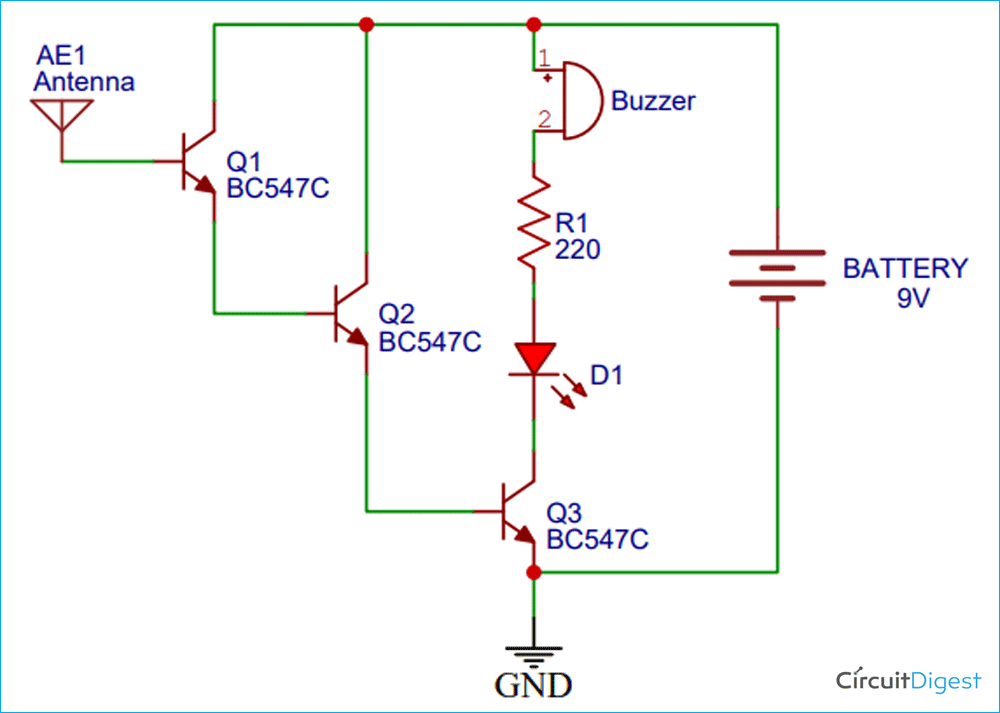 TIP: The sensitivity of the module can be altered by increasing or decreasing the size of the antenna coil.

Darlington pairs are also known as super alpha circuits. It is an arrangement of standard Bi-junction transistors( NPN and PNP) whose base and emitter points are connected in order to increase the sensitivity and the gain of the transistor. For our live wire detector project, we can bring them into use in order to increase the gain and generate a greater current to switch the third transistor Q3. The output gain is simply the multiplication of the Beta(β) of the individual transistor and the input current provided to it. Hence, we receive the output with a higher gain.

As two same NPN transistors are used to form the Darlington pair, then Beta1(β1)/hfe1 and Beta2(β2)/hfe2 are equal and the current gain will be:

The DIY AC voltage detector module is powered by a 9V battery, which then is ready to detect any AC voltage. The module and the antenna are moved along the live wire and it can be seen that the LED glows and the buzzer starts to beep as shown in the image given below, where our circuit is placed near a live wire which is powering our RPS.

The electromagnetic signal is detected by the antenna on the circuit board and it, therefore, indicates that it is a live wire and should be handled with care. The complete working of this project can also be found in the video linked at the bottom of this page.

There are multiple ways to design an AC voltage regulator, but this by far is the cheapest amongst all. Although, there are some circuits that show a higher efficiency in detection and indication but the components used are a little expensive when compared to our design. Hope you have learnt something new and have enjoyed building your own AC voltage detector. If you have any questions, leave them in the comment section or use our forums.