What is a Hoverboard and How does it work? 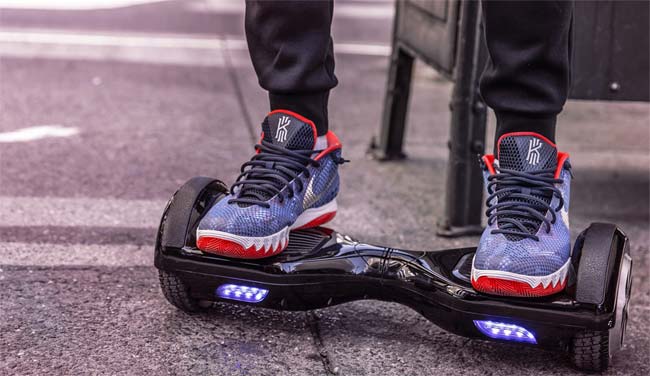 Our quest for faster and simpler transportation will always be a Journey and not a destination. One of the trending and sought-after modes for an individual is a Hoverboard. They are self-controlling two-wheelers which run on batteries (Well, most of them). These dumbbell look-alike Hover boards first appeared in the “Back to the Future” in 1989 but they came into existence and became popular few years back. Even though the Hoverboards in use today can’t “Hover”, they are very interesting when it comes to understanding the application of various sensors. They are also called Self-Balancing Scooters.

Before getting started on it’s working, let us first learn about 9-axis sensor. They include Accelerometer, Gyroscope and Magnetometer; all three sensors have 3-axis each.

Measures Position in Linear 3 dimensions (Cartesian Coordinates) using variable capacitance. Here, we have capacitors for each dimension where one of the plates of capacitor is kept constant and other is allowed to vary its position (They are very sensitive to change in position). The change in distance between these plates will cause change in capacitance and thereby, voltage, giving us a quantifiable value we can monitor and use it where needed.

It’s the most important component, so much that the other name for this vehicle is ‘Gyro scooter’. Gyroscope basically measures Angular change by shift of mass within the gyro. A mechanical gyroscope consists of concentric metal rims with a rotor at the center while an electronic gyroscope, which is used for most applications including this one, is a little different. It uses Coriolis Effect: when a mass is moving in a particular direction with a particular velocity and when an external angular velocity is exerted whose axis is perpendicular to the motion, then a Coriolis force will occur which will be perpendicular to both, causing perpendicular displacement of the mass. This displacement will cause change in the Capacitance and thereby, Voltage giving us a quantifiable value corresponding to a particular angular rate.

It measures magnetic field with respective to earth’s magnetic field by using Hall Effect principle. Although, we haven’t included this one in our list of components below to make your own Hoverboard. 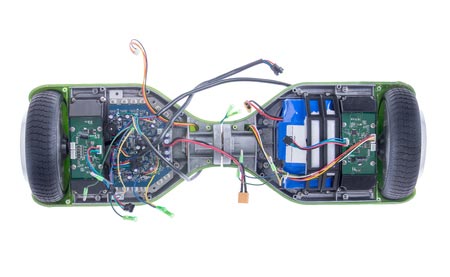 If you are planning to build your own Hoverboard then the most important and minimum components required are:

Hoverboards are built in such a way that each of the wheels has its own Gyroscope, Tilt and speed sensor. They are generally placed below the frame where rider places the feet. Once the rider places the feet on the board, Gyroscope provides data to the logic board when the rider tilts ahead or backward. When the rider is not tilting, the IR sensor, which is positioned below the Foot placement, gives data to the logic board to not move and not run the motor. This how they sense the pressure on the foot pads and move these self-balancing scooters accordingly.

When tilted in a particular direction (ahead or backward, depending on the Hover board) to a defined angle, the data from gyroscope is relayed to logic board to run the motor which allows wheels to rotate and the rider moves ahead. More tilt will give you more speed.

Each wheel is compliant with its own gyroscope in order to make turns. For a left turn the rider will move the right leg ahead, which will move only the right wheel, keeping the motor of the left wheel off and a left turn will be carried out. Similarly for right turn, left feet should be moved ahead for the tilt. In order to move in circles, tilt anyone leg ahead. It is not very productive but it is fun J

IR Sensors are very common sensors which uses Infrared rays in order to get the reflected data from the object to measure its presence and distance from the sensor which can be used for many applications.

The tilt and speed sensors measure the speed of the wheels in motion in rpm (Revolutions per minute) and send the data to gyroscope and logic board in order to control the speed.

The Logic Board is like the Central Processing Unit of Hover Board. This Logic board has Microprocessor as main component. It sends and receives data from all sensors, sends the processed data with its logic to the motors for the required movement which provides continuous adjustments, giving you a balancing and centered vehicle. It also manages the power from the batteries and also takes care that it doesn’t burn out.

Battery packs are readily available and there are various choices available for this component but most commonly used battery for this application is a 36V 4400mAH battery. You can also make your own battery pack using the battery of an old Laptop (Although, it is not recommended as you’ll need to handle it with utmost care!) 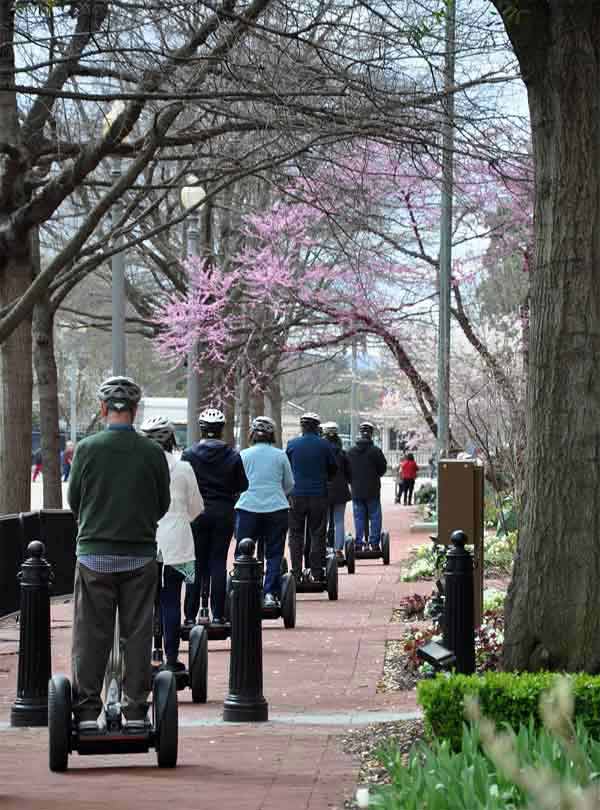 If you are considering buying one, Look for Good quality ones, the ones having…

There are many brands available to choose from them but you can always make one yourself at home and set the specifications to your desire like: Fog-lights can be added to light up your pathway, LEDs to show you certain data like Green for all-good data flow and Red if any sensor or board is not working properly and the board needs to be restarted, Suspensions can be added and also battery quality can be increased.

The trend of Hover boards started since it was shown as a fictional mode of transportation only to see it come up as a reality, all thanks to technology. Started off as a celebrity fad, it has now reached to the streets and houses of commoners into the mainstream. It is in use and in demand since a couple of years now; since then it has faced many issues which made a dent in its sales and its demand. Injuries from riding the board were reported, it was declared unsafe as couple of them exploded and reports of the idea of banning them were published, which dragged its trend towards downhill. After facing all these issues and rising back from the ashes, this Self balancing Scooter is now available in the market. Not as in demand as it once was, but it is there and popular among kids and teens. Ideal for the people (especially working class) who want to travel short distances and look cool while at it, Hover boards have re-emerged successfully and promises to stay as a commoner’s vehicle for a longer time.