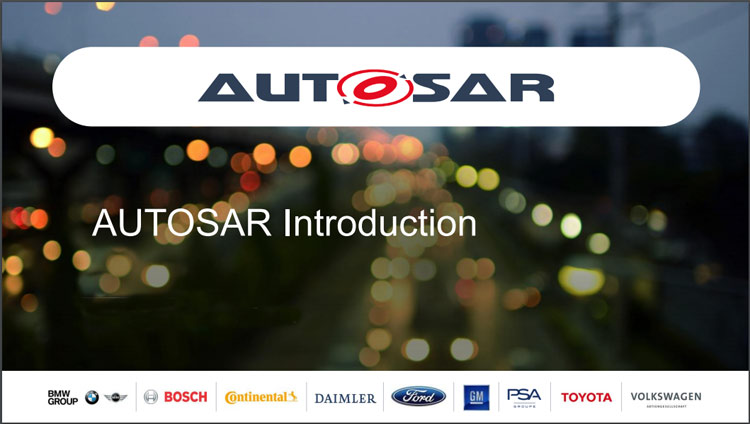 AUTOSAR (Automotive Open System Architecture) can be defined as a common platform for the whole automotive industry that is designed to enhance the scope of application for vehicle functionality without affecting the current operating model. AUTOSAR is basically an open and standard software architecture which was jointly developed by automobile manufacturers, suppliers and tool developers. In this article we will learn what is AUTOSAR and about the different layers in its architecture.

The main motto of AUTOSAR is “Cooperate on standards, compete on implementation”. This unique architecture was developed in order to establish and maintain a common standard among the manufacturers, software suppliers, and tool developers so that the outcome of the process can be delivered without the need of any alterations.

AUTOSAR – How it all began? 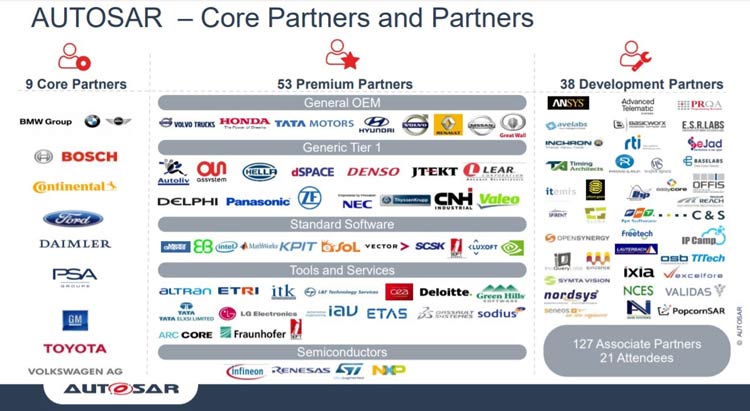 The infrastructure of AUTOSAR isn’t simple, but why is it necessary to introduce such complex infrastructure to the automotive industry? On the first hand Why do we need AUTOSAR?

As the demand for the intelligent, safer and smarter vehicle increases the competition in the automotive industry will also increase. All this intelligence and vehicle functionality can’t be implemented by a single authority.

This also helps in software development process, because until recent time the software developed for automotive industries was only focused on delivering the functionality of the system and they never cared about what are the effects it can provide to the system. It got more complicated due to a lot of functionalities over various ECUs across different vehicle networks. It became a more critical problem with the increase in non-standard development procedures. Hence, they have developed the AUTOSAR. 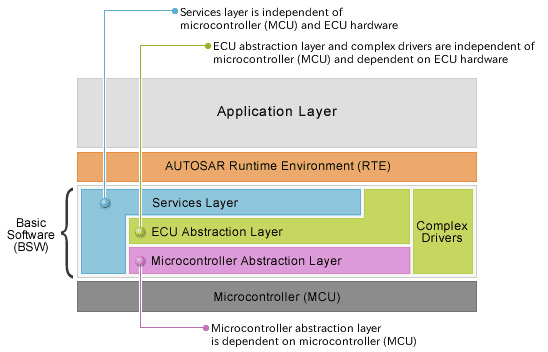 The software components ensure the functionality of the subsystem, which involves the operations and data elements that the software requires and the resources needed by the components. And the source of the application is independent of the location of the interactive components, the type of ECUs on which the component is mapped on and the number of times the component is instantiated in a system.

The runtime environment layer creates a suitable environment for the operation of the software components (SWCs). The SWC is always dependent on the interface provided by the RTE.

RTE has the responsibility of managing the life cycle of the SWC, It should startup and shutdown the functions based on the needs. It also acts as a separation layer between the Application Software (ASW) and the Base Software(BSW)  where the Base software had the permission to call any API function or other modules directly, but the Application software can only communicate through ports.

The RTE is generated in Two Phases

It has resulted in an ASW component specified header that we can include in the source code. The header file consists of all the RTE API functions that can be used in the ASW and also the necessary data types and structures needed by the ASW components are declared in the Header file. 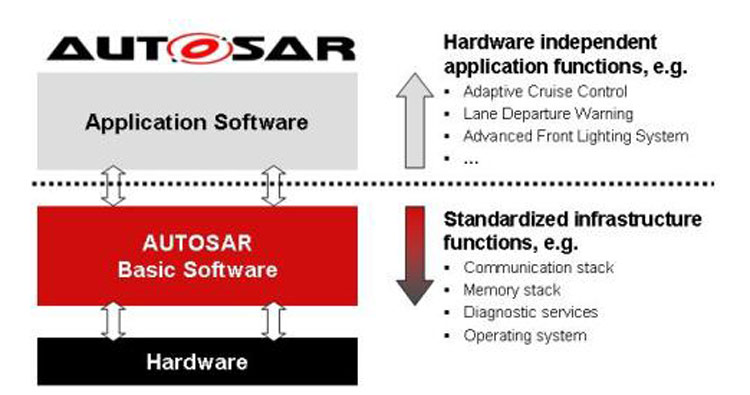 The service layer provides functions such as

This layer’s mounting is specialized for micro-controller (MCU), Parts of the ECU hardware and their applications.

The MCAL  is provided with a notification mechanism so that it can support the distribution of commands, responses, and information to different process. Apart from this the MCAL can include some of the functions and devices such as Digital I/O (DIO), Analog/Digital Converter (ADC), Pulse Width (De) Modulator (PWM, PWD) , EEPROM (EEP), Flash (FLS) , Capture Compare Uni(CCU), Watchdog Timer (WDT), Serial Peripheral Interface (SPI), I2C Bus.

This layer has special timing and functional requirement for dealing with complex sensors and actuators. The CDD is used for handling complex functions, it can’t be found in any other layers and it has the ability to access the microcontroller directly. The complex functions include injection control, Control of electrical values, Position increase detection, etc.

AUTOSAR was created for certain reasons that are helpful for the present and which will be helpful in the future also, some of the objectives are listed below.

OEMs: With AUROSAR you can use the same software code again and again for different OEMs. It is more flexible to adapt for different designs and also reduces the time and cost of production.

Suppliers: Suppliers can increase their efficiency of functional development and create their own business model that is suitable for them.

Tool Provider: AUTOSAR has a common interface that helps the tools provider to standardize their development process.

New Market Entrant: For the new entrants AUTOSAR acts as a transparent and defined interface that can help them understand the industry standards and also to create their own business models.

What can you expect through AUTOSAR?

AUTOSAR is designed to serve various purposes to various departments of the automotive industry. Since it is versatile and flexible you can do many things from it apart from that, some of the basic outcomes that the AUTOSAR can give you are the ability to reuse the software in it for multiple units and the software used can be exchanged whenever it is needed to, AUTOSAR acts as a standard platform for all the vehicle softwares and it has no application of its own.

It has an OS with basic functions and interface softwares and the main advantage is that the same interface can be used in all basic software. The functionalities of AUTOSAR are supplied as software components and all the components involved are hardware independent.