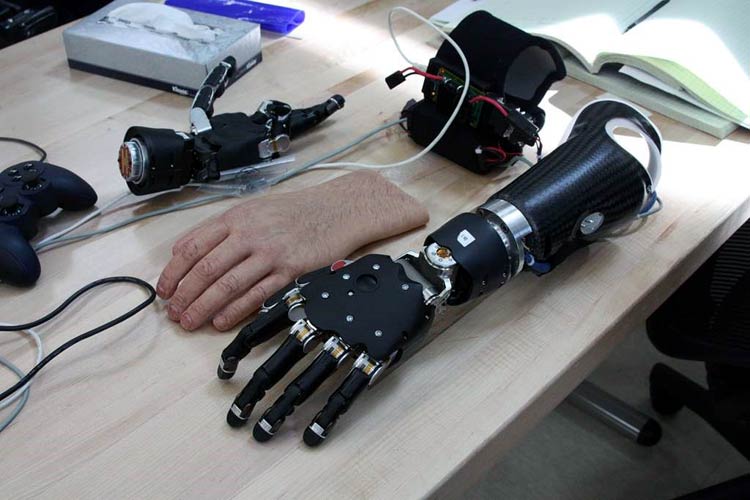 There has been significant progress in the field of prosthetics and the major credit of this goes to technologies such as robotics, brain-computer interfaces, and 3-D printing. New technologies that allow amputees to utilize their prostheses intuitively use artificial intelligence and machine learning. AI systems capture multiple commands from the brain using a multitude of sensors implanted on the stump of the severed limb. The idea behind using artificial intelligence in robotic prosthetics is that the algorithm analyses nerve signals from the patient's muscles, allowing the prosthesis to be controlled more precisely. Researchers have developed advanced brain-controlled prosthetic limbs, which integrate electrode arrays inserted in the brain, nerves, or muscles to decipher the messages between the brain and the limb that regulate movement, allowing users' brains to power basic movement.

Modern prosthetic systems are still in the experimental stage, and research is ongoing to remove hindrances to the greatest extent possible. Researchers in Sweden are investigating a new sort of mind-controlled prosthetic arm that could significantly improve the lives of patients who have lost limbs. The technology used here includes implanting electrodes that pick up on brain signals helps humans to move, feel, and use the new limb in a natural, intuitive manner; for example, if a person wishes to move a finger, the prosthetic finger moves.

Engineered and manufactured in the UK, Open Bionics has introduced “The Hero Arm” which is a lightweight and cheap myoelectric prosthesis for below-elbow amputee adults and children aged 8 and is now accessible in over 800 sites across the United States, the United Kingdom, Europe, Australia, and New Zealand. With multi-grip functionality and powerful looks, the Hero Arm is the world's most affordable multi-grip prosthetic arm. 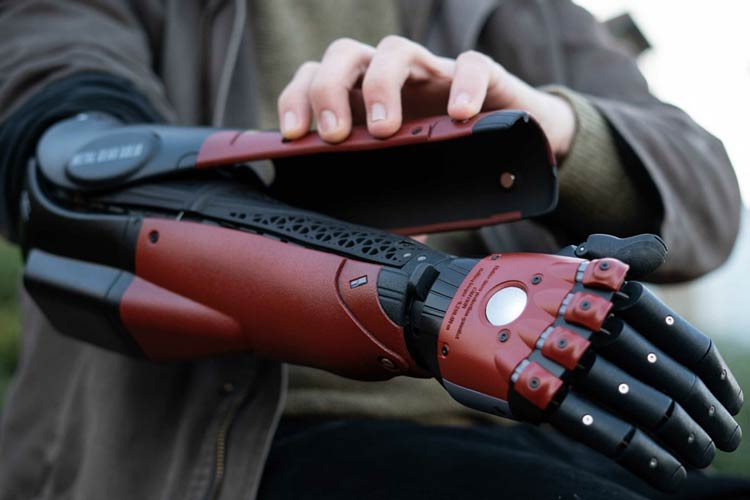 The company leverages 3D technology to scan the limbs and design the Hero Arm using tough Nylon 12 along with smart algorithms. The full prosthesis is robust and The Hero Arm's special sensors detect muscle movements, allowing to handle bionic hand with intuitive lifelike precision. Additionally, haptic vibrations, beepers, buttons, and LEDs give useful feedback for controlling prosthetic arm movements. Moreover, this bionic arm can lift up to 8 kg and has long-lasting batteries with a sleek design.

A group of researchers has looked into a set of technological needs that should be considered when constructing a myoelectric prosthesis. The design should include perceptive control to improve the purposeful sense of EMG signals from skeletal muscles which can be accomplished by pacifying the signal flow from the surface electrodes to the controller. The signal flow is categorized to properly monitor user intention via surface EMG electrodes. Each of these essential resources for successful signal flow should be included in a practical prosthetic organ.

This biotech company specializes in low-cost prosthetics and has unveiled its ground-breaking AI-infused technology, which allows people with catastrophic limb injuries or amputations to regain significant motor control. Ryan Saavedra, CEO, and Founder at Alt-Bionics told exclusively to Circuit Digest about some of the technologies they are using in their products. 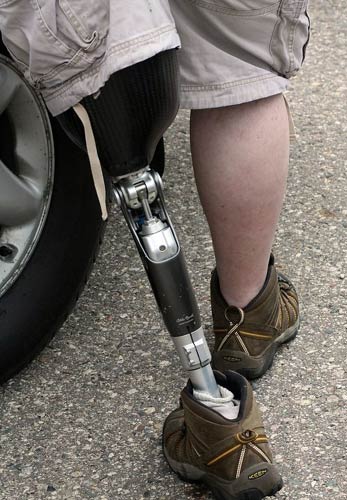 Talking further about the same Saavedra mentioned that “the main attraction of our product, however, is not just the technological advancements I have listed, but the fact that our solution is also highly accessible. With the advent of 3D Printers and the technological advancements happening in that space, we have been able to find new ways to reliably manufacture robust prosthetics without having to spend millions on injection molding.”

“This technological advancement in 3D-printing extends into the prosthetic clinic industry as well. Prosthetic sockets were traditionally built out of a mold of someone's plaster cast residuum, whereas now you can simply scan their residuum and then 3D print a socket. This has allowed companies like Unlimited Tomorrow to bypass the necessity of having the amputee visit clinic to receive a prosthetic device” added Saavedra.

Expected Scope and Future of Prosthetics

From 2021 to 2028, the global prosthetics and orthotics market is predicted to increase at a CAGR of 4.2 percent. The market for low-cost, limited-function gadgets will continue to grow in order to address the demands of developing countries as well as the financial constraints that are becoming more prevalent in all nations. Simultaneously, emerging technology from the aerospace and computing industries will continue to be adopted and used in high-performance prosthetic limbs whose function will more resemble that of the missing limb. 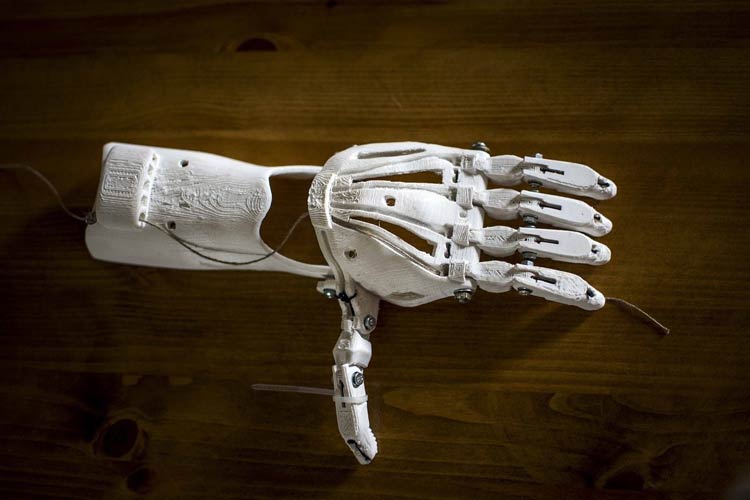 Ryan Saavedra expressed his views on the future of prosthetics and said that “the future of prosthetics depends on who is currently in the space, and who will be joining the space. Some companies, from what I've seen, have become complacent with their products and have not upgraded their technologies in years. Their prices unfortunately, keep increasing or have remained the same, which has created an unjustified barrier for those living with limb loss, to procure a device. Newer companies like Alt-Bionics, Psyonic truly want to provide a better experience, at a lower cost, so that people living with these limb differences don't have to suffer financially for these quality-of-life devices. There are also companies like Atom Limbs who are focusing on developing bleeding-edge prosthetic solutions that aim to mimic the function of a human hand in every way possible. Something that has yet to be achieved. The work that is being done by each of our companies helps pave the way for technological innovations and an incredible future for those living with limb loss. I truly think that this is an absolutely beautiful field of engineering and clinical work and that with time and together, we will achieve incredible things!”