The green movement in the automotive industry has been growing in popularity among customers, triggering automotive manufacturers to modify their production strategies. As customers are becoming more aware of the environmental impact of conventionally fueled vehicles and strict emission control regulations implemented by governing bodies around the world. As a result, the global electric vehicle stock has grown rapidly in the past few years, and is expected to increase exponentially in the upcoming years.

According to the statistics published by the International Energy Agency (IEA), in 2017, the number of plug-in hybrid and electric cars on the roads increased by 54% as compared to that in 2016, to reach 1.1 million. During the same year, over 250 million electric two-wheelers were sold, while the stock of electric buses increased from 345,000 in 2016 to 370,000. IEA also found that the share of battery electric vehicles in the overall electric vehicles parc surged from 58% in 2013 to 62% in 2017.

A rapid uptake of electric vehicles reflects prominently in the plummeting costs of lithium ion batteries and innovations in battery management systems. Along with increasing applications of batteries in automobiles, including electric vehicles, growing demand for lithium ion batteries in consumer electronic products has led to further battery cost reductions. Thereby, burgeoning needs for battery performance improvements, not only in automotive applications but also in consumer electrics, is pushing end-users to adopt state-of-the-art battery management systems.

Increasing concerns about the driver’s safety have triggered the need for avoiding potential failures in the operation of electric vehicles. Thereby, researchers, practitioners, and power engineers are working towards expanding the operational scope of battery management systems to monitor and balance voltages between cells and avoid catastrophic failure in automotive batteries.

Recently, a group of Chinese researchers developed a novel portable intelligent battery management system (PIBMS), which comprises of a battery measurement unit, a controller, and a data recording unit. Researchers state that the intelligent battery management system can be connected to the battery through Bluetooth to transfer the real-time information about the status of the battery to a personal computer. By offering this information about battery voltage and temperature at the charging station, the PIBMS could also help end-users to achieve adequate charging as well as efficiently protect the battery.

Another leading manufacturer of power storage devices, Ioxus Inc. recently introduced a Bluetooth interface to offer wireless controls for its uStart battery support module. On downloading a Bluetooth application, which is compatible for both android and iOS, end-users can remotely check the status of the uStart battery management system as well as information about battery voltage, current, and temperature. The company announced that with the wireless controls, its uStart battery management system could nearly double the lifespan of automotive batteries and eliminate one or two of the batteries throughout the life of a truck.

Tesla, Inc. is an American automotive and energy company, which hinges on its battery technology innovations to maintain its strong position in the automotive market. The company recently introduced its patented ‘Multi-Channel and Bi-Directional Battery Management System’, which features dynamic redundancy across its battery management system. Dynamic redundancy is a unique feature of Tesla’s multi-channel and bi-directional architecture, which introduces a redundant command to activate a different and fully operational channel of a battery management system in case of a primary and secondary circuit failure in the system.

After recovering from the economic crisis, the automotive industry has witnessed profitable growth. Emerging economies in the Asia Pacific region have been bolstering the global automotive production and sales with increased disposable income of consumers and rapid industrial growth in developing countries, such as China and India.

Consumers in the developing countries in Asia Pacific are becoming aware of environmental impact of harmful emissions increased with the escalating sales of conventionally-fueled vehicles. Governing bodies has also enacted laws to reduce emissions through transportation and promote battery-operated or electric vehicles. As a result, China accounted for more than half the electric car sales across the world.

Chinese government had been implementing strict emission control rules to boost electric vehicles on the roads, and consequently, electric car sales in the country increased by 72% over 2016 to record the sales of 580,000 electric cars in 2017, according to the statistics by IEA. Electrification of the Chinese automotive industry is limited to electric cars but the scope expands to include other modes of transportation such as two wheelers and buses. China holds a whopping 99% share in the global stock of both electric bus and electric two wheelers, which signifies profitable opportunities for automotive battery management system manufacturers in the country.

The Electric Vehicles Initiative (EVI) by the European Commission launched the EV 30@30 campaign in 2017 to establish the goal to account for over 30% market share in the global electric vehicles market by 2030. The campaign is galvanizing the private and public sector to expand the potential for electric vehicle sales in European countries, which is expected to create positive growth environment for automotive battery management system market players in the European markets.

Aditi Yadwadkar is an experienced market research writer and has written extensively on the Electronics and Semiconductor industry. At Future Market Insights (FMI), she works closely with the Electronics and Semiconductor research team to serve the needs of clients from across the globe. These insights are based on a report on Automotive Battery Management System Market by FMI.

Prabhjot Kaur, Founder of CBEEV & Esmito Talks about Smart Charging Solutions that can help Lower the Cost of EV Manufacturing in India 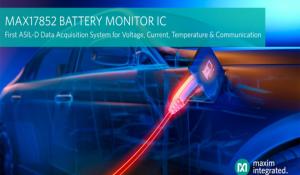 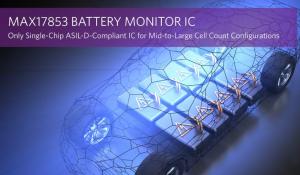 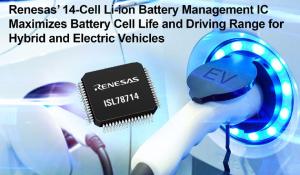 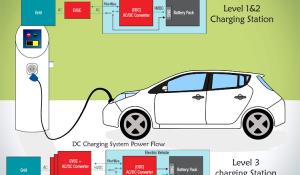 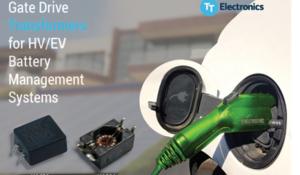 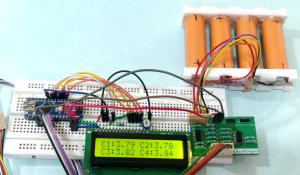