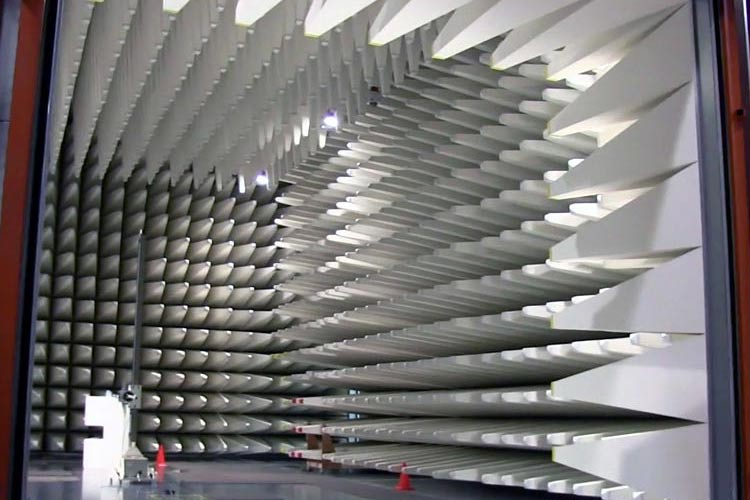 As mentioned in the last article where we discussed Electromagnetic Interference (EMI), almost all electronic products designed for commercial use and legal sales, are required to possess one or more certifications as a proof that the product complies with certain regulations/guidelines and has passed related tests. There are tonnes of regulations and they differ from place to place, sometimes with minor differences, but for every location where an electronic device is to be sold, it must meet the standards specified by the governing body in that location.

For today’s article, we will be looking at one of the most popular certification tests electronic devices are required to pass through; the EMC (Electromagnetic Compliance) Certification. The article will cover several things about EMC including; What is EMC, why EMC is needed, the kind of products that needs it and the different laws about EMC from country to country.

EMC stands for Electromagnetic compliance and it is a process that exists to provide a means through which the ability of a device to operate in an electromagnetic environment can be verified.

All electrical and electronic systems or devices emit some level of Electromagnetic waves that could interfere with the operations of other devices when they are connected or place in close proximity to one another. This interference could cause the devices to malfunction in such a way that could be harmful to the users or just render the product unusable. Preventing and reducing the possibilities of this happening, was what led to the development of EMC requirements, so as to provide a common base on which electrical/electronic products/systems are evaluated for quality and functional safety.

EMC is often used interchangeably with EMI but while a lot of similarities exist between them, it is important to note that EMC is quite different from EMI.  EMI (Electromagnetic Interference) is a measure of radiation emanating from a device along with its possible consequence while EMC, on the other hand, is the property of a system or device that ensures it behaves the way it was designed when in an environment with EMI Interference.

While the exact specifications vary between countries and regions, EMC Certifications remain one of the legal requirements for the approval of the sale of electronic devices in most countries. In European markets, for instance, a CE mark needs to be applied on all electronics products before they can be sold and it is only applied when the manufacturer has fulfilled all the directives applicable to the product, including the EMC certification. A proof of this is the Declaration of Conformity (DOC) which is usually shipped with the product’s user guide/manual. For new products, Large scale suppliers/Distributors usually verify the DOC with tests as they risk supplying unverified devices which is an act treated as fraud and could lead to substantial fines, product withdrawals, and jail terms.

Aside from legal requirements, failure to conduct EMC tests on devices can have quite severe aftersales implications. EMC Certification helps increase product reliability as the tests would help highlight any potential issues with the product before production, giving the manufacturer the opportunity to fix the problem without incurring the costs and embarrassment associated with recalling a product from the market or servicing warranties.

In the long run, going through the EMC Certification process not only ensures you are able to sell your products in markets that require it, but also helps you build a reliable product which brings about customer trust and definitely increased sales.

As mentioned earlier, the certification requirements differ between countries and regions. For instance, In the US, the FCC specifies the rules on EMC testing with rules like the FCC part 15 rules, which defines the max amount of unlicensed radio frequency interference that can be produced by different devices. On certification in the US, devices are awarded the FCC mark.

Outside the US, various ISO, IEC, and CISPR standards are used in EMC regulation. In the EU the CE mark which is only awarded after a product has been certified is required for product sales. In Africa, countries like South Africa require a “Certificate of Compliance” which is issued by the South African Bureau of Standards (SABS), and Countries like Nigeria leverage on the IEC/CISPR standards.

The severity of the punishment for non-compliance varies from country to country, as compliance is still voluntary in certain developing countries, but as the countries grow, and the effects of EMI becomes more prominent, it is no doubt that tighter legislation will begin to arise around it.

There are 3 main categories of issues in electronic devices that are monitored by EMC. The categories include;

Emission refers to deliberate or accidental production of electromagnetic energy by any source. For electronic devices, EMC tests are designed to check for unwanted emissions from the device and the countermeasures which may be taken in order to reduce and prevent them from negatively impacting other devices around them.

Emission testing involves the measurement of the conducted and radiated field strength of emissions in the device, with conducted emissions have done along with cables and wiring, while radiated (Inductive and capacitive) is measured in all directions around the device.

Radiated emission monitoring is very important for devices that will be used in close proximity to other electronic devices. It is carried out using antennas as transducers, while tools like RF Current Clamps or Line Impedance Stabilization Networks (LISN) are used as transducers for conducted emissions. The transducers are connected to a specialized EMI test receiver or analyzer which incorporates bandwidths and detectors based on the requirements in different International EMC Standards.

Susceptibility refers to the tendency of one electrical equipment (Usually referred to as the victim) to break down or malfunction when in the vicinity of emissions from another device (EMI).

Like the emissions testing, Susceptibility testing is also done for both radiated and conducted interference. For Radiated susceptibility, testing usually involves the use of a high-powered source of electromagnetic radiation and a radiating antenna to direct the energy to the DUT (device under test). For Conducted susceptibility, on the other hand, testing is usually done using high-powered signal generators along with a current clamp or some other type of transformer to inject the interference on the cable.
Like all compliance testing, for both tests, the standard documents specify what the test environment should be, some equipment to be used and their calibration. In most standards, Open-Area Test Sites (OATS) are the recommended test sites but in recent times, tests are carried out indoors using specialized EMC test Chambers like the anechoic and reverberation chamber. Some variations in the descriptions given above may be observed due to the difference in the devices.

The Immunity of an electronic device refers to the ability of electronic equipment to function correctly in the presence of electromagnetic interference.

While immunity by definition can be said to be the inverse of susceptibility, they are often used interchangeably. And by determining their levels, the ability of the electronic device to work properly in face of EM Interference can be verified.​​

Getting ready for your EMC Compliance Testing

While the EMC tests seem simple, passing them takes a great deal of work, money, and time. This is not unconnected to the intangible nature of EMC which makes it impossible for manufacturers to determine if the products conform to the standards unless a test is done, and the high cost of the equipment required for the test, which makes owning them a bad idea, and outsourcing it to (also expensive, several thousand USD/test day) accredited compliance labs is usually a better option.

However, while most firms may be able to overcome the cost barrier, the biggest problem is when the test results are negative. This is usually quite a difficult moment for the company and project managers as changes cannot be made during the test, meaning the product has to be sent back to the design team for a redesign and more thousands of dollars will need to be forked out for a retest.

The inefficiency of the process described above is one of the major contributors to the high cost of Research & development and delays in the product development timeline. To mitigate this risk and increase the chances of devices passing the tests at first try, companies employ certain approaches that could be broadly classified under two subheadings, including;

The smartest design play (for products on which it is acceptable) is to use Pre-certified modules in product development, as it ensures a gross reduction in the amount of effort that goes into the certification of your product. However, factoring EMC Compliance into the design of a new product involves evaluating (based on the scenarios in which the product will be used), the possible;

Minimizing interference during the design involves reducing internal EMI sources by paying attention to “little” things like the type of switch you are using, and a bit more weighty things like the connection/communication interfaces you are using, the frequency on which it operates and possible interference from external sources. By examining the environment in which a device is to be installed/used, the nature of victims or potential emitters, and the significance of possible malfunction they can cause, can be accessed and effectively considered in the design.

For coupling, a system which easily couples energy to the “out” will equally easily couple energy “in”, as such many aspects of good EMC design practice apply to both emitter and victims, meaning a single design improvement to reduce emissions would also reduce susceptibility. Some of the design techniques to reduce emissions like grounding, shielding has been discussed during the previous EMI article available here.

Another way of reducing cost and the possibility of failing the test is to perform EMC testing throughout the design process using an EMC Pre-Compliance testing setup that is tailored towards the conditions that will be used during the compliance testing. While it may cost you just a little less than what you might pay for a day with an accredited lab, it will increase the chances of the device passing the test on the first try, lower the overall test cost, and reduce your time to market.

While preparing for certifications like EMC is easy for large organizations, for startups, and small companies, it is a different ball game, due to a shortage of funds and the need to test several assumptions during their early days. However, startups can mitigate the risks involved by ensuring that the design team, as early as possible during the design process, factor EMI/EMC considerations into their design process. In teams where the knowledge of the certifications is scarce, they can choose to work with consultants with experience along these lines to provide support for the team. Doing this will not only help prepare the product for future certification but also help them deliver a product that is reliable to their customers.